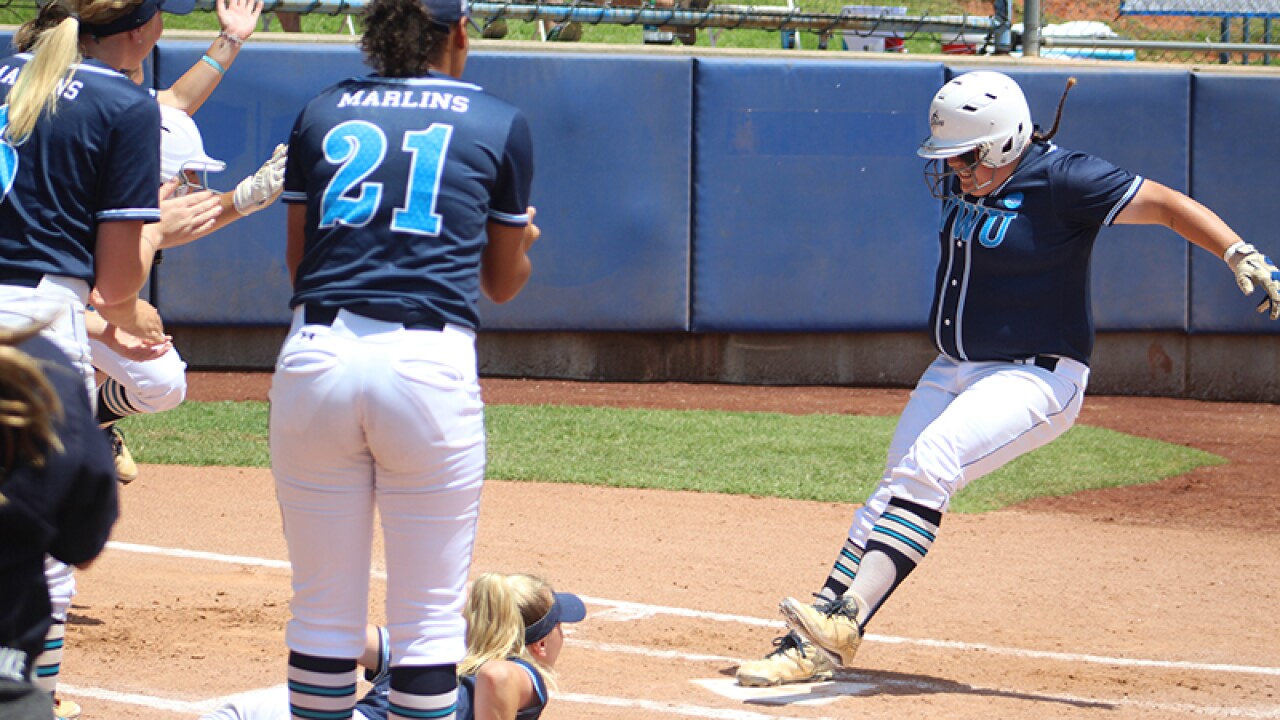 With the win, the Marlins move to 52-2 on the season and will square off against the winner of the UT-Tyler/Ithaca game played later today.

Things got going quick for the Marlins as Cassetty Howerin put VWU up 1-0 in the top of the first. The three-time All-American mashed a ball over the centerfield fence with two outs, putting a single run on the board for the Marlins.

One inning later, it was Jessica Lindsay’s turn to join the home run club. The junior clubbed a solo shot with two strikes, doubling the Marlins lead to 2-0. Scoring would halt for a bit until the fifth when Virginia Wesleyan would tack on its last run. Julia Sinnett got things going with a double to right field. She would then be moved to third on a Maria Weddle sacrifice bunt and would eventually be driven home by a Beth Ford groundout.

Hanna Hull turned in her second impressive performance of the NCAA Championships, picking up her 37th win of the season. The sophomore punched out 13 of the 25 batters she faced, allowing just three Norse hits.