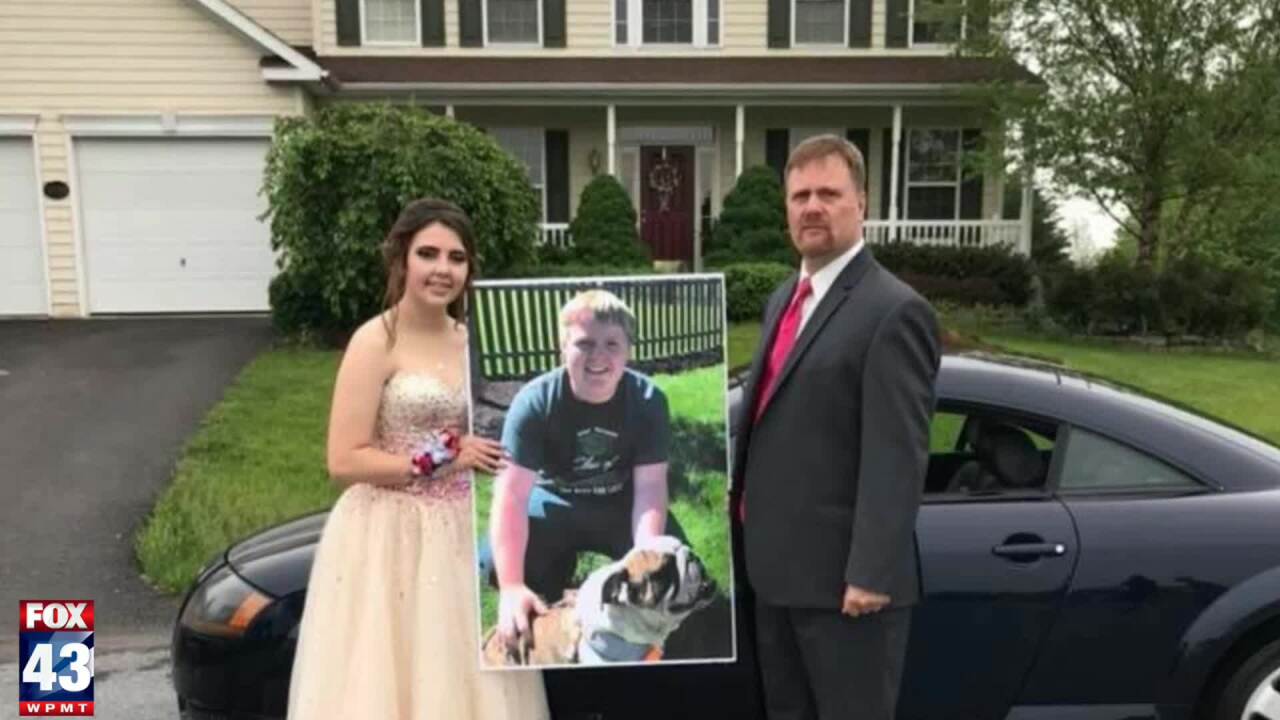 MERCERSBURG, FRANKLIN COUNTY, Pa. – Prom night is a special occasion for teenagers, which is why one father in Franklin County couldn’t let his late son’s girlfriend go to the dance alone.

“He was such a smart aleck and so sarcastic and so sweet at the same time, and his smile was so perfect,” said Kaylee Suders, a senior at James Buchanan High School.

“He could say something and you’d be like ‘really, Carter?’ But then, you’d just smile. You couldn’t even help but to smile,” said Suders.

They were best friends who began dating at James Buchanan High School in Franklin County.

Carter, a year older than Kaylee, was a first-year student at Indiana University of Pennsylvania.

He was studying culinary and had dreams of becoming a chef.

“April 15th, it was a Sunday, Carter was coming home to see Kaylee. He had worked the Saturday, and I think he stayed up a lot, quite a bit through the night. They had talked, and he had just wanted to come and surprise her, and he fell asleep at the wheel,” said Robert Brown, Carter’s father.

Carter’s dad, still wanted Kaylee to go to the dance, which is why he asked to be her escort.

“She kind of got teary eyed. She had a big smile. She said, ‘absolutely’. I told her, ‘I’m not Carter, but maybe I’m the next best thing,'” said Robert.

They took photos by a memorial tree planted for Carter in the family’s backyard and in front of the teen’s sports car with Carter by their side.

“This was sitting at one of the table’s at his service, but we kind of recreated it again, where I pretended I was kissing his cheek again,” described Kaylee, holding a photo.

Kaylee and Robert recreated cherished memories between the two sweethearts.

As for the dance, they say it was a good time.

A night which meant everything to Kaylee.

“It’s really touching to know that I’m not even actually their family, but they can do something like that, just to make my senior prom great,” she said.