Australian grandmother sentenced to death by hanging for drug smuggling 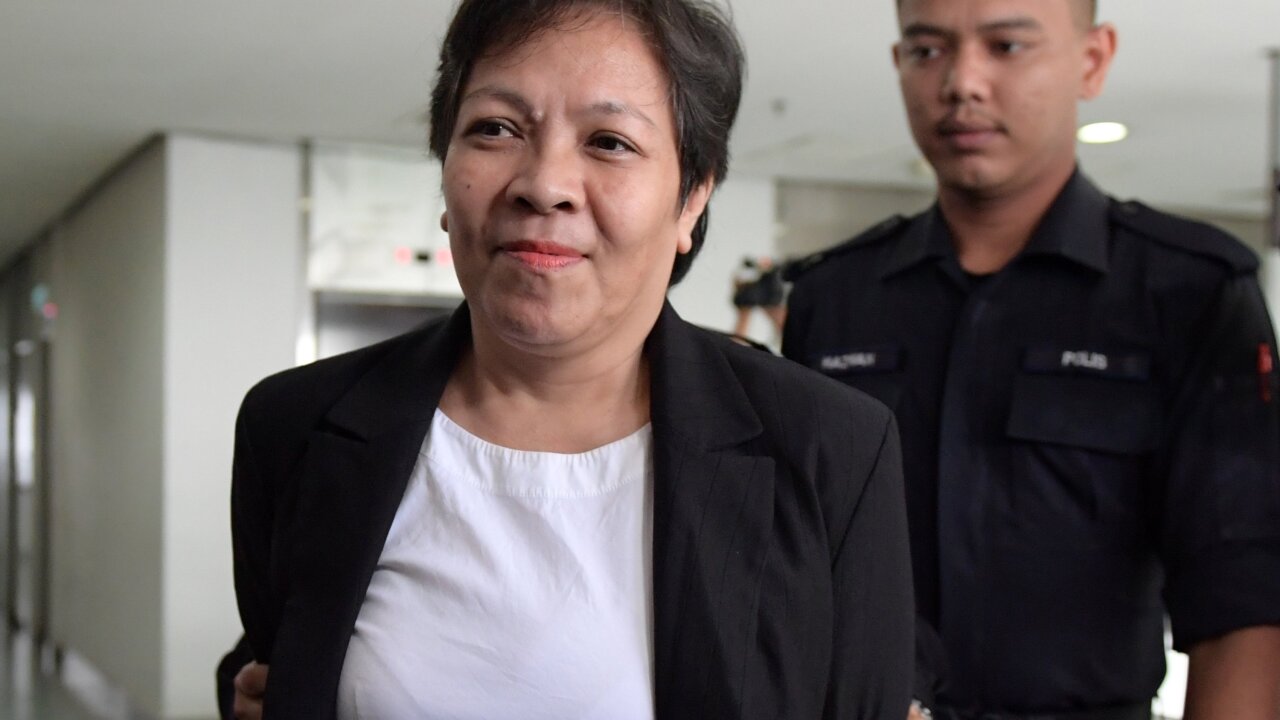 Maria Elvira Pinto Exposto (L), 54, is escorted upon her arrival at the Shah Alam High Court ahead of the verdict in her drugs conviction in Shah Alam, outside Kuala Lumpur, on December 27, 2017.

Maria Elvira Pinto Exposto (L), 54, is escorted upon her arrival at the Shah Alam High Court ahead of the verdict in her drugs conviction in Shah Alam, outside Kuala Lumpur, on December 27, 2017.

An Australian woman has been sentenced to death by hanging after a Malaysian court overturned an earlier acquittal of drug smuggling charges.

“An appeal will be filed in the Federal Court — the final appeal,” lawyer Muhamed Shafee said, who added his client was “a strong person.”

The grandmother and mother of four was arrested in December 2014 while transiting through the Malaysian capital Kuala Lumpur on a flight from Shanghai to Melbourne.

She was found in possession of 1.1 kilos (2.4 lb) of crystal methamphetamine and faced a mandatory death penalty under Malaysia’s draconian drugs laws.

Exposto claimed she had no knowledge of the drugs in her bag and had been scammed by a boyfriend she met online, according to CNN affiliate, SBS News.

According to SBS, Exposto’s lawyers said she had gone to Shanghai to file documents in relation to her boyfriend’s retirement from service in the US army. When she left China, Exposto claimed she was handed a black backpack at the last minute, which she was led to believe only had clothes inside. The report did not say who handed her the backpack.

The backpack was flagged as suspicious by Malaysian customs, and a search discovered a secret compartment stitched into it, which had packages of crystal methamphetamine inside.

Late last year, she was found not guilty of drug trafficking by the Malaysian High Court. Prosecutors appealed however, preventing Exposto from leaving Malaysia and returning to her home in Sydney.

The ruling comes despite changes to Malaysian law last year which made the death penalty no longer mandatory for drug mules. Exposto still has another chance to appeal the verdict.

Drug trafficking is among nine classes of crime, including murder and treason, which still bear the death penalty in Malaysia.

According to the Cornell Center on the Death Penalty Worldwide, the country carried out four executions in 2017, down from nine the year before.

“Australia opposes the death penalty in all circumstances for all people,” Foreign Minister Julie Bishop said in a statement.