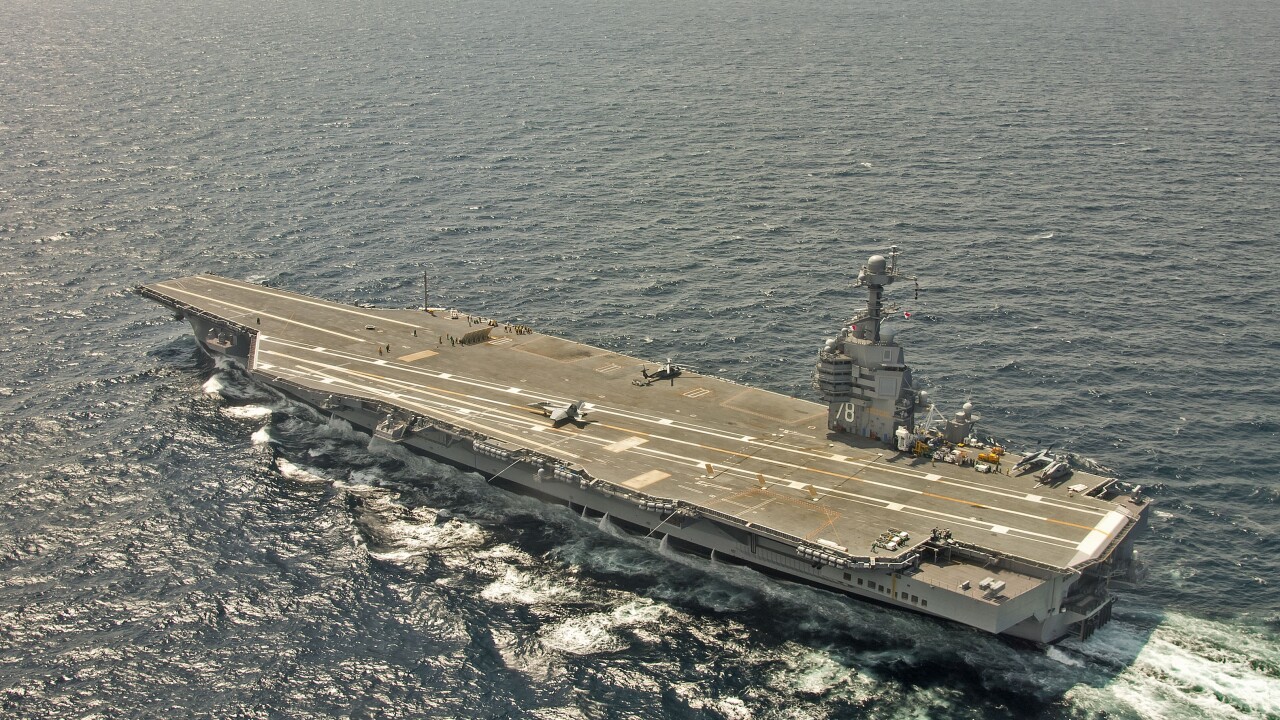 NORFOLK, Va. – A problem with the propulsion system on the Navy’s newest aircraft carrier forced it to return to Norfolk early.

The USS Gerald R. Ford got underway on Saturday to conduct an independent steaming event to allow the ship and crew to continue testing its systems and procedures.

While at sea, a spokesman for Naval Sea Systems Command tells News 3 the Ford experienced a mechanical problem with the propulsion system associated with a recent design change. As a result, the Ford has returned to Norfolk.

According to the Navy, tests were done on the ship systems pierside before getting underway, but the design modification could not be completely retested at the pier.

Adjustments to the propulsion system are underway on the ship and the Navy expects the ship to be able to return to sea quickly, likely within days, to continue testing systems.

The USS Gerald R. Ford is expected to undergo a post-shakedown availability at Newport News Shipbuilding this summer.

Figures provided by the Navy to News 3 show that since being delivered on May 31, 2017, the Ford has operated more than 70 days at sea, with 747 launches and recoveries of aircraft, exceeding a plan of 400.

The Navy admits that as the Ford is a first-in-class ship, “some level of issues it to be expected. Things will not always go as planned or designed. If anything, events like this prove that the testing and evaluation process works.”

Problems with the Ford are expected to be fully corrected before or during the post-shakedown availability, and they will able be integrated into the next Ford-class carrier, the future USS John F. Kennedy (CVN 79) currently under construction at Newport News Shipbuilding.