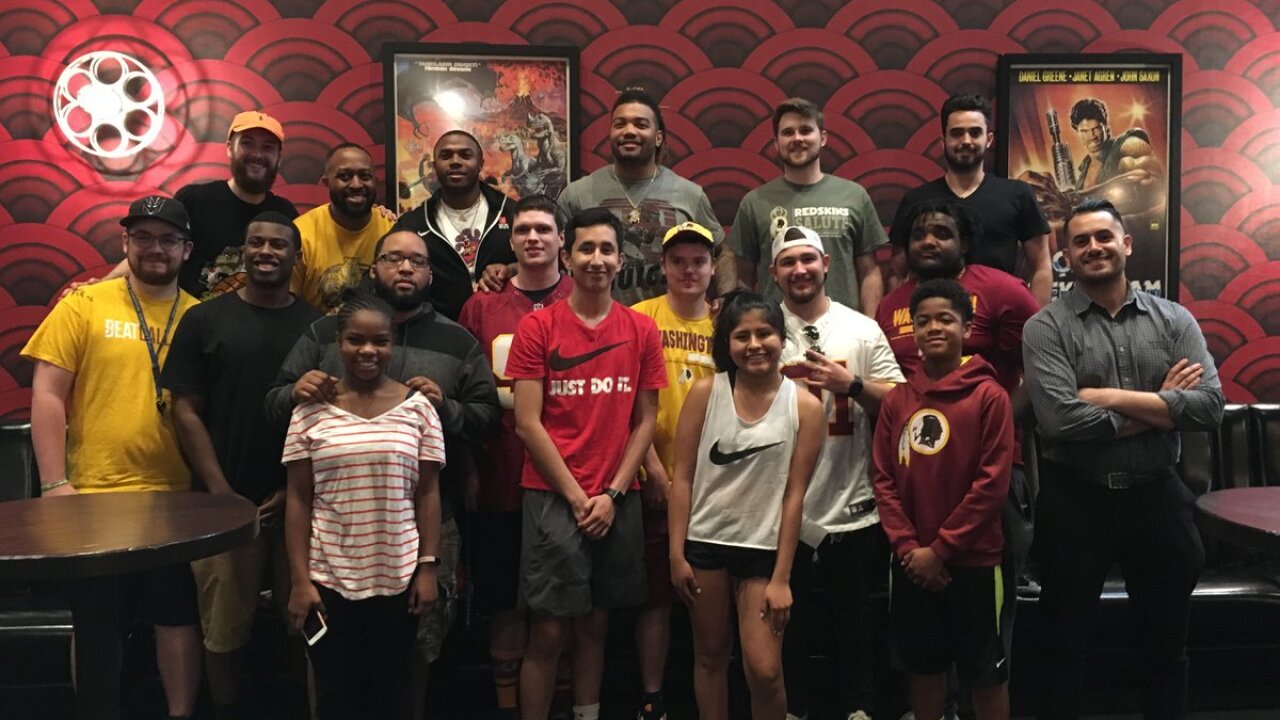 Derrius Guice with fans during a movie.

ASHBURN, Va. – On the eve of his first organized team activity session, rookie running back Derrius Guice went to see the new Marvel ‘Avengers’ movie. He didn’t go solo, though.

Derrius Guice with fans during a movie.

Sam Goodwyn, and Old Dominion alumnus, was one of the lucky fans who got to hang with Guice at the Alamo Drafthouse.

“He was so fan oriented last night that he was taking pics and signing autographs until the movie started,” Goodwyn told News 3. “He is already m y favorite running back and I haven’t seen him play in the NFL just yet.”

There’s a strong chance once fans see him in action this season, there will be more declaring this sentiment.

Be you and the real love will come 💪🏾💯 pic.twitter.com/X3AYswbqwM