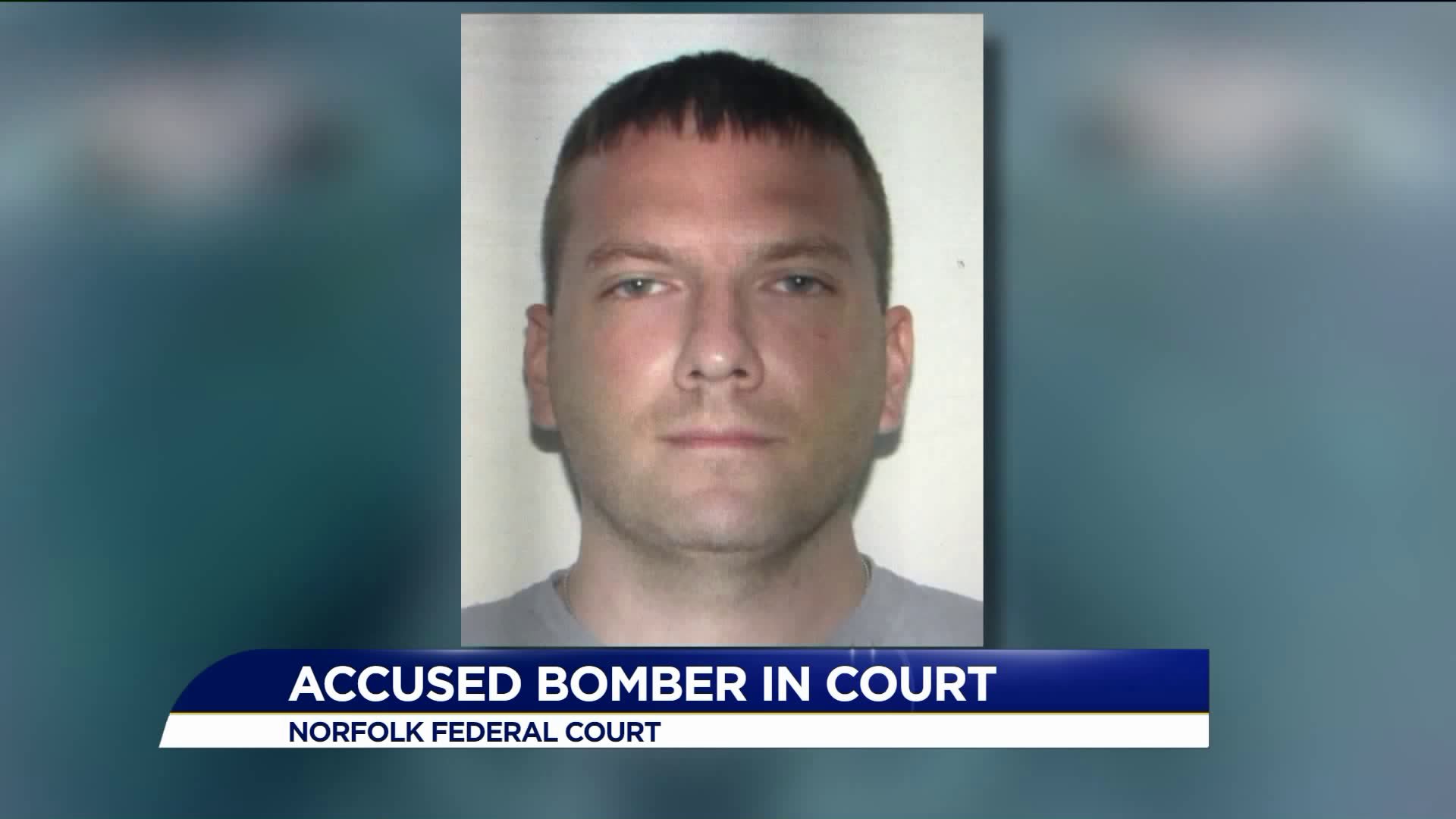 NORFOLK, Va. - The man accused of detonating a pipe bomb near Colonial Williamsburg will remain behind bars while awaiting for his trial.

Stephen Powers, a former employee of Colonial Williamsburg,  was arrested in October after police say he was responsible for setting off an explosive device in a Merchant Square parking lot. The explosion did not hurt anyone and did not cause any major damage.

In court Tuesday, federal prosecutors spoke about the case against Powers. They say the pipe bomb he allegedly built was connected to a timer used at the Merchant's Square to turn on decorative lights.

Stephen Powers was arrested by Williamsburg Police as a suspect in a bomb investigation.

Powers was arrested the day after the incident. According to court documents, Powers told police he kept seeing notes around Colonial Williamsburg mentioning an explosive device. The day after the explosion, police went to Powers' home to talk to him about the note and interview him.

After his arrest, prosecutors say Powers confided in his cell mate, telling them he had more bombs in his home. A search warrant for his home was filed and police say three more potential bombs were found inside the home.

According to prosecutors, Powers has also been trying to get his wife killed while he sits in jail. They say he has been writing letters to people, offering them $500 to kill his wife any way they want. He allegedly also provided details like where his wife lives and where she can be found in the letters.

Powers' attorney asked the judge to grant his client bond. Powers' parents made the trip from their home in Rocky Mountain, Virginia, to Norfolk for the proceeding. They say Powers could stay with them while awaiting trial and are willing to keep an eye on him.

A judge ultimately decided that given the evidence against Powers, he is too dangerous to be let out into the community.

Powers pleaded not guilty while a trial date was set. He will remain behind bars at Western Tidewater Regional Jail until his trial, which has been scheduled for November 10.