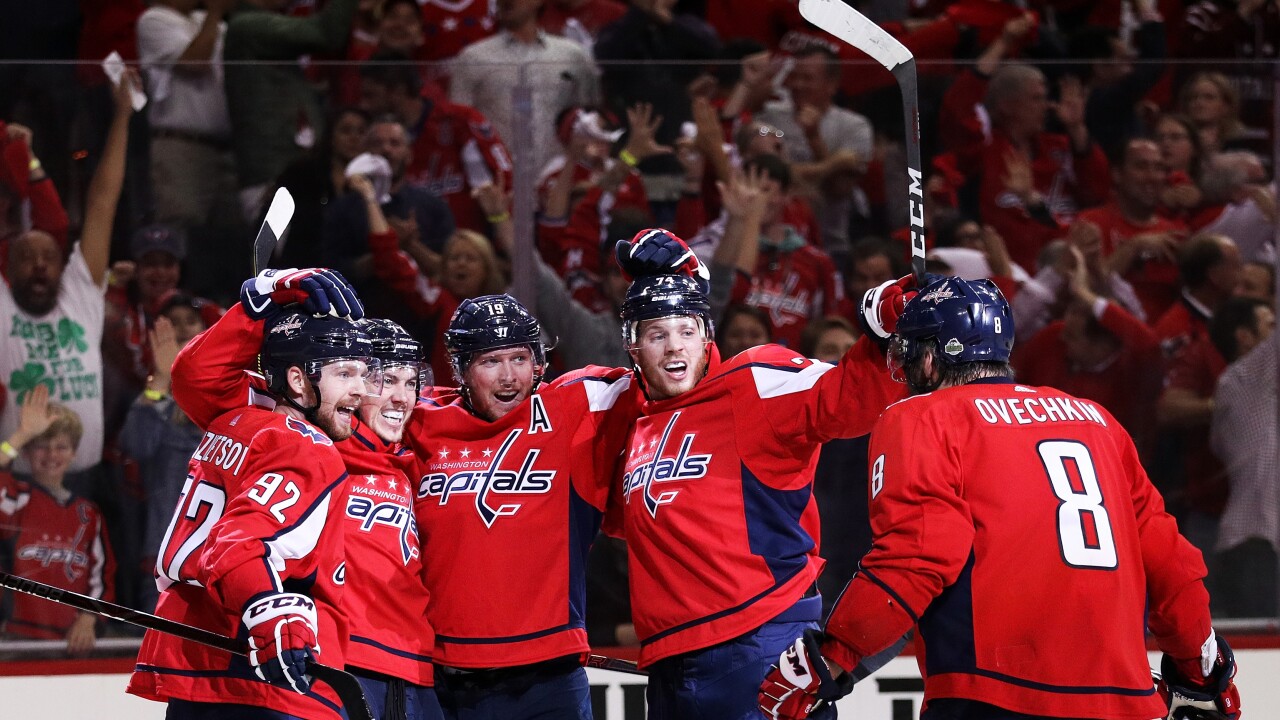 WASHINGTON, DC – MAY 21: T.J. Oshie #77 of the Washington Capitals celebrates his second period goal against the Tampa Bay Lightning with teammates in Game Six of the Eastern Conference Finals during the 2018 NHL Stanley Cup Playoffs at Capital One Arena on May 21, 2018 in Washington, DC. (Photo by Patrick Smith/Getty Images)

WASHINGTON, D.C. – Fight on, for old D.C. The Washington Capitals forced a game seven on Monday night behind a stout performance from goaltender Braden Holtby.

24 stops by Holtby, and goals by Devante Smith-Pelly & T.J. Oshie helped the Capitals blank the Lightning 3-0 in Game 6 of the Eastern Conference Final. In the second period, Oshie capitalized on a power play for his first goal of the series, and to break the tie.

Smith-Pelly added cushion in the third period at 10:02. Oshie added an empty-net goal to finish the game off.

Washington is seeking it’s first conference championship since 1998. Game 7 is Wednesday night in Tampa Bay, where the Capitals won the first two games of the series.