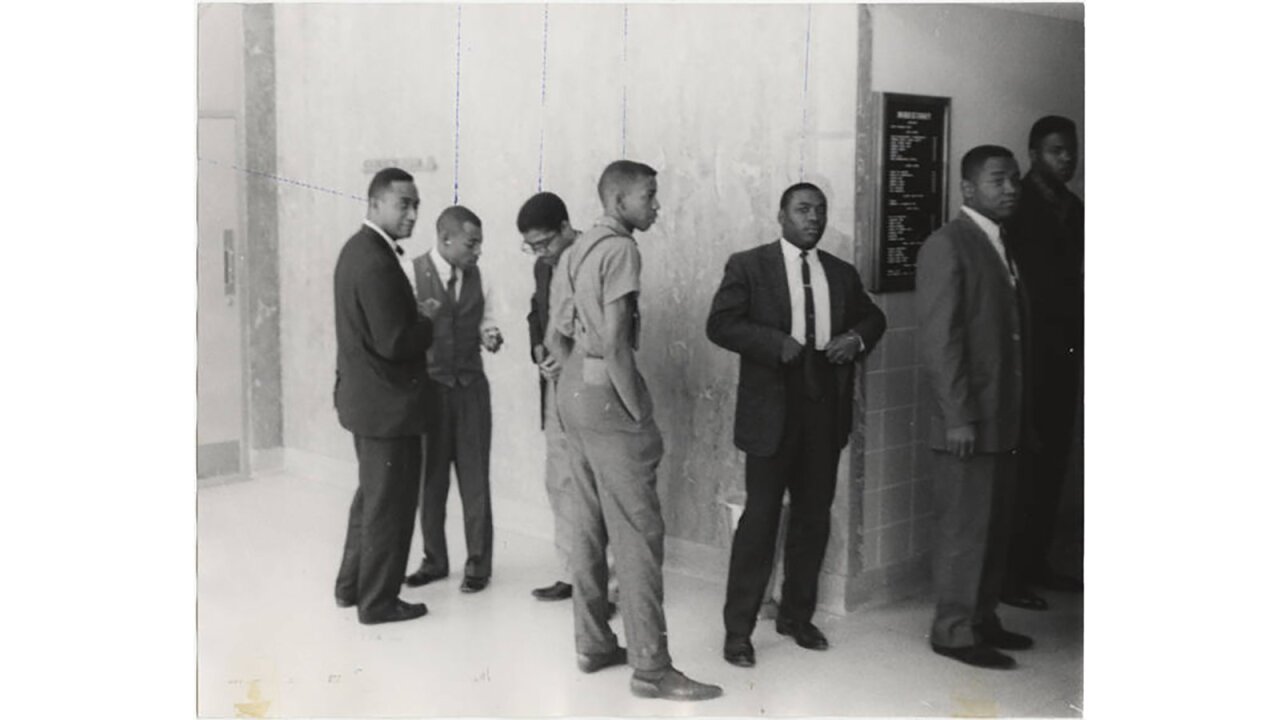 Dr. Lawrence Dunbar Reddick, St. John Dixon, Edward English, and four other students from Alabama State University, who participated in a civil rights demonstration at the lunchroom of the Montgomery County Courthouse.

A small, shameful part of Alabama’s past was put to justice this month when an Alabama legislator cleared the names of 29 Alabama State University students who participated in a lunch counter sit-in in 1960 during the civil rights movement.

In addition to expunging the records of the students — nine of whom were expelled and the rest placed on probation — Interim State Superintendent of Education Ed Richardson also expunged the records of four faculty members who were disciplined by state officials for being “disloyal” during the same time.

In a letter dated May 10 and addressed to Dr. Quiton Ross, the president of Alabama State University, Richardson called the 1960 disciplinary actions “unjustified and unfair.”

“They represent a time in the history of the State Board that must be acknowledged and never repeated,” he wrote. “…I regret that it has taken 58 years to correct this injustice. I can only hope that this action will provide a modicum of comfort to the people affected.”

Lunch counter “sit-ins” were a form of nonviolent activism that black Americans participated in to protest racial segregation. On February 25, 1960, Alabama State University students participated in such a protest at the Montgomery County Courthouse, and were disciplined days later by the Alabama State Board of Education.

Richardson’s letter noted that the punishments these students met were “improperly based on a lawful demonstration,” and the four faculty members who were either terminated or forced out of their positions were done so with “no due process” and “without a substantial basis.”

CNN has reached out to Alabama State University for comment.