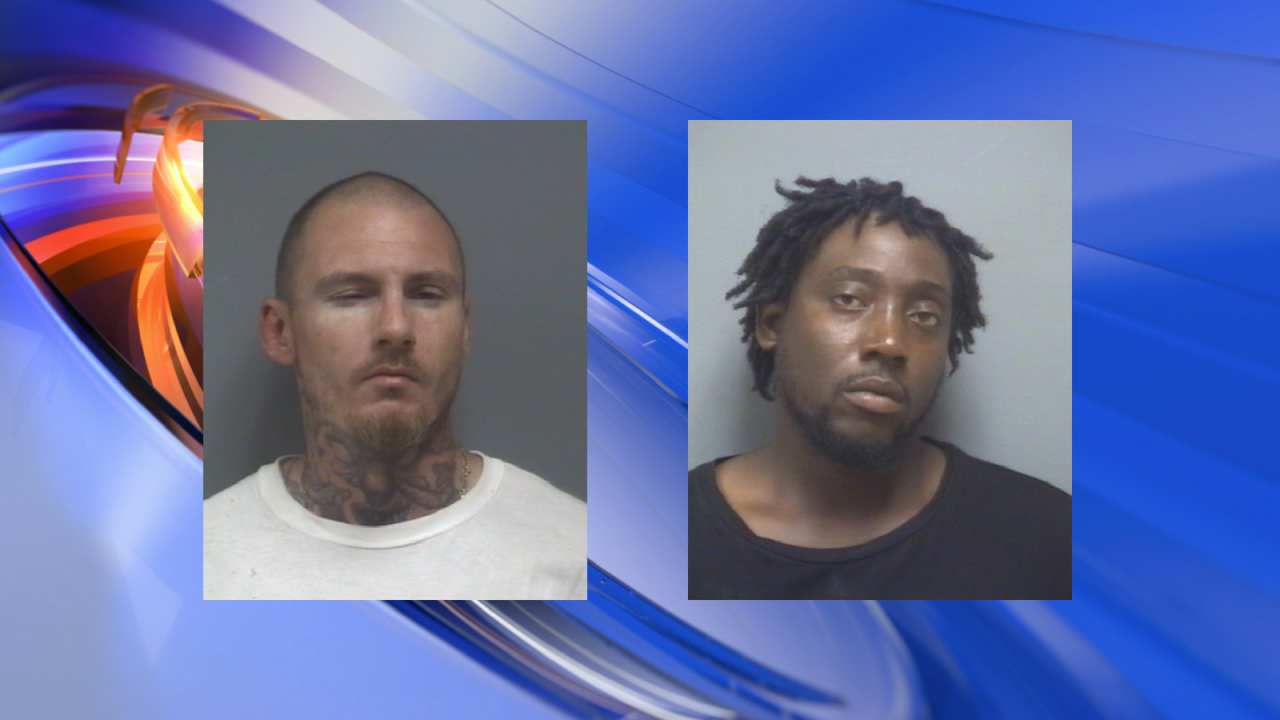 ISLE OF WIGHT CO., Va. – Deputies with the Isle of Wight County Sheriff’s Office have arrested two men in connection with a robbery that happened at the Old Point National Bank in the 13000 block of Carrollton Boulevard Friday afternoon.

33-year-old Russell Hudgins and 33-year-old Roscoe Freeman, both of Newport News, were both charged with Bank Robbery and Conspiracy to Commit a Felony. Hudgins received one count for Wearing a Mask in Public and one count for Possession of Stolen Property.

The call came in at 2 p.m. A preliminary investigation revealed that the bank was robbed by a white man wearing a fake beard, sunglasses and a ball cap; he also had a tattoo sleeve. A gray Chrysler Sebring was seen leaving the bank.

The sheriff’s office was advised that a second vehicle related to the robbery may be located on Warwick Boulevard near 73rd Street in Newport News. A Isle of Wight County patrol unit was in the area and responded to the area after the tip.

As the deputy approached a gray Nissan Altima, the male passenger fled on foot and threw an object. That object was later determined to be the disguise worn during the robbery.

The passenger who fled was later identified as Hudgins.

Both Hudgins and Freeman are being held at the Western Tidewater Regional Jail without bond.

No injuries were reported in this incident.