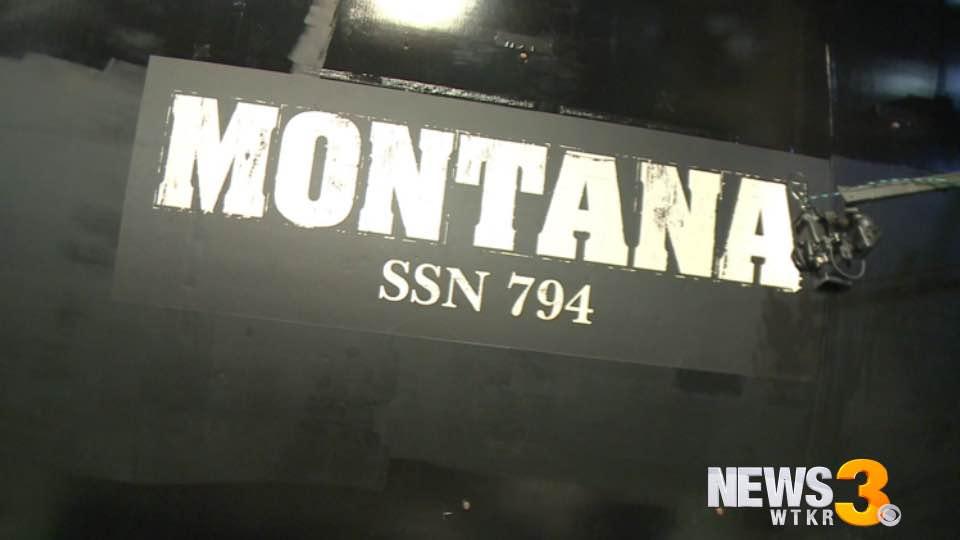 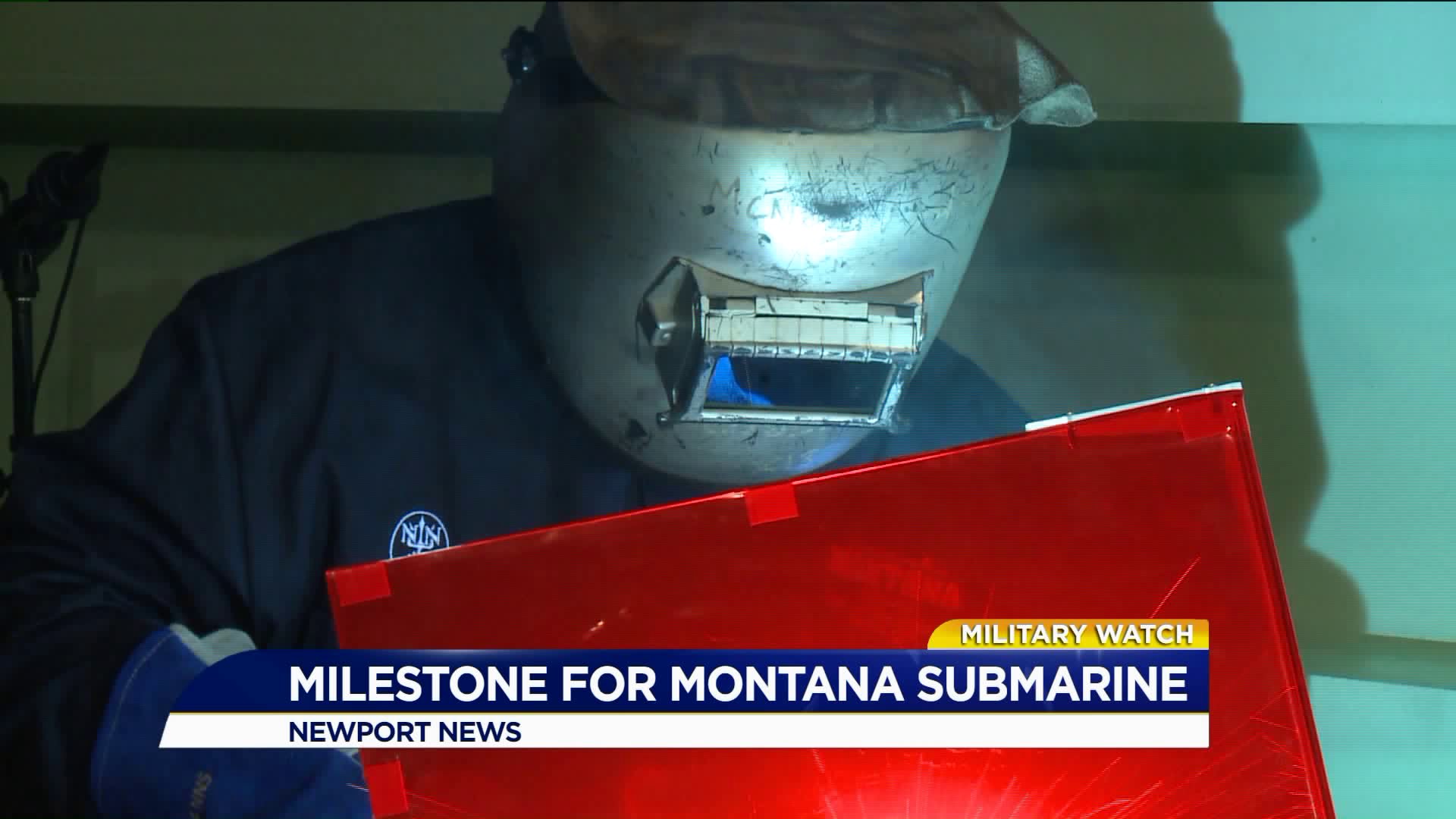 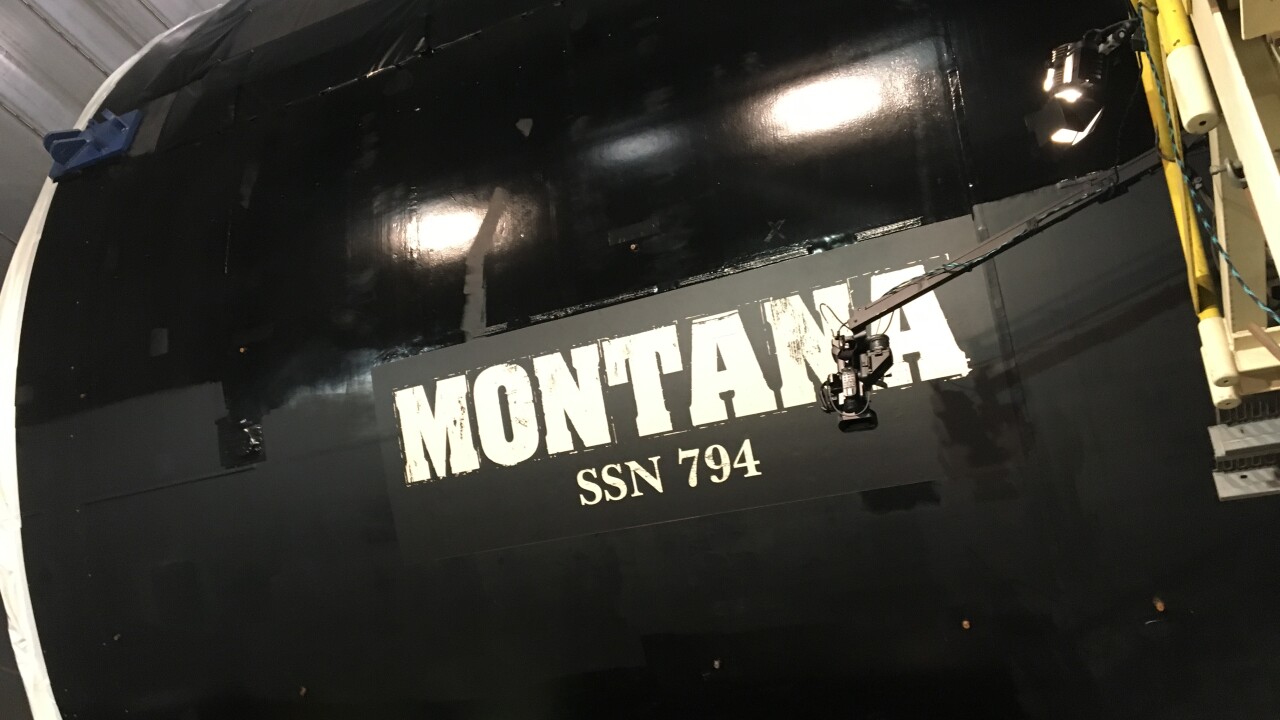 The future USS Montana (SSN 794) is the 21st submarine of the Virginia-class and the 10th that will be delivered by Newport News.

During the ceremony, the initials of the submarine's sponsor, former Secretary of the Interior Sally Jewell, were welded onto a steel plate that will be permanently affixed to the submarine.

"While I was Secretary of the Interior, I had an opportunity to spend a night underneath the packed ice in the Arctic on a sister ship to the Montana. To see what it’s like to build something like this having been on a vessel that’s a sister ship is just incredible," she told News 3 anchor Todd Corillo Wednesday.

Mariah Gladstone, from the Blackfeet Nation in Montana, performed a Native American blessing of the ship.

Two of the crew members on the submarine hail from the state of Montana.

Construction on the submarine started in April 2015 and is expected to be delivered in late 2020.