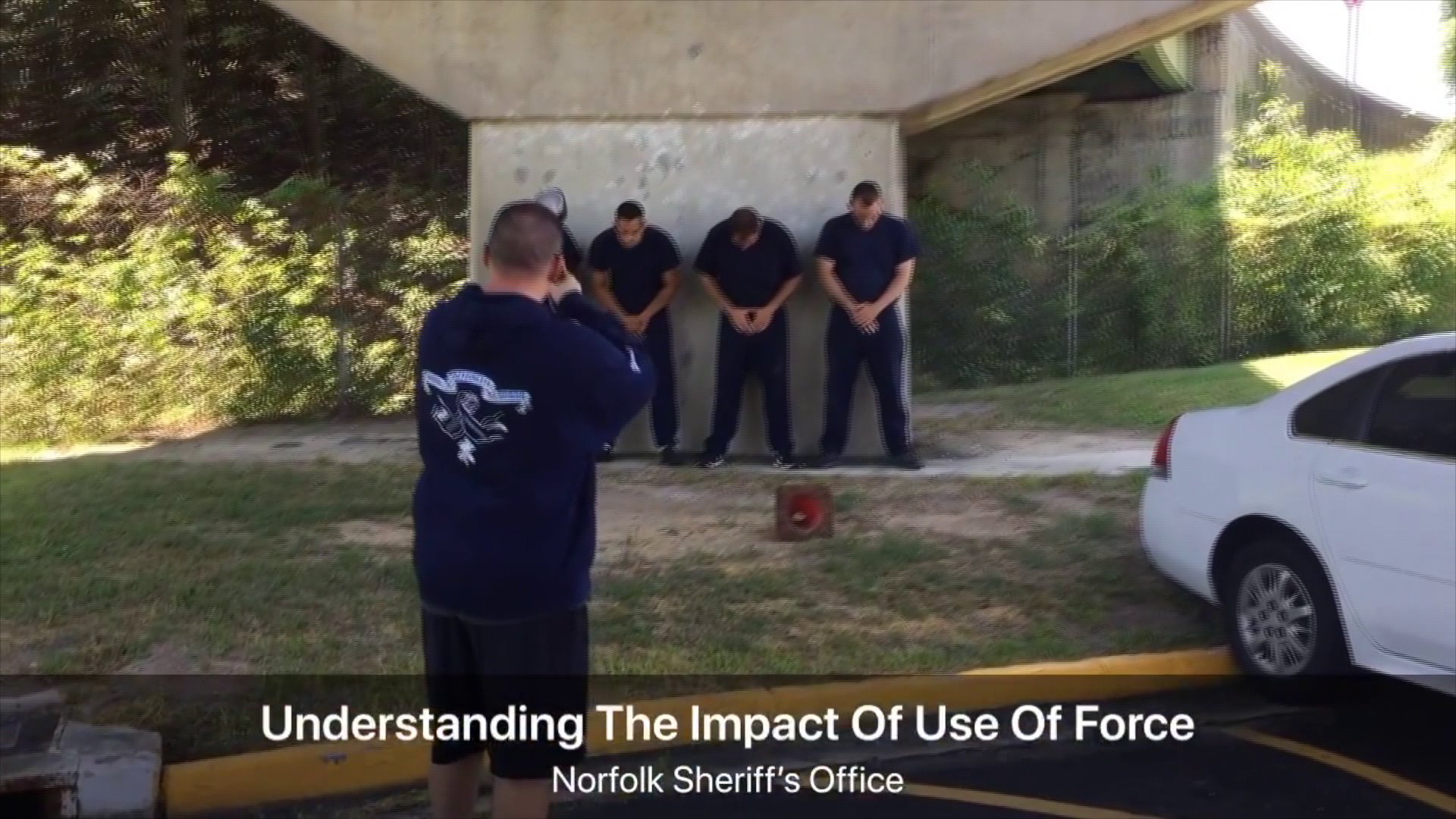 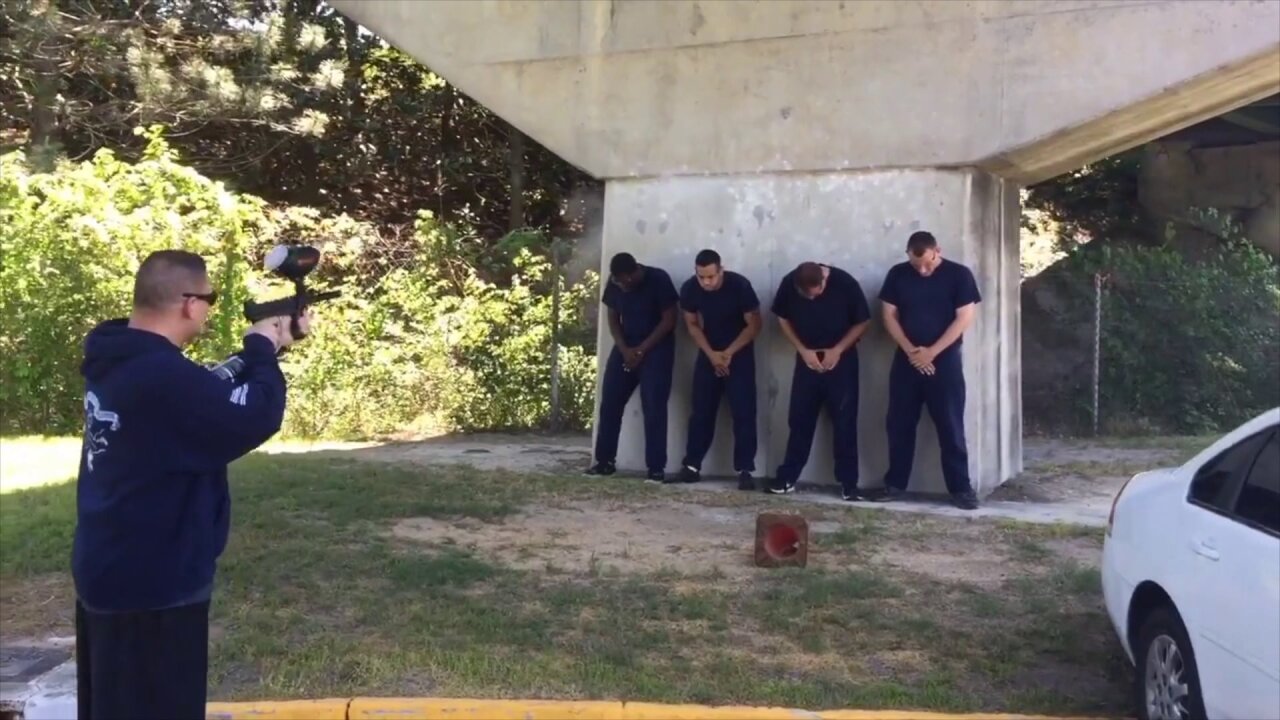 NORFOLK, Va. - Use of force by law enforcement has been put under a microscope in recent years as videos released to the public and high-profile cases have been thrust into the limelight.

News 3 met up with the Norfolk Sheriff’s Office, who showed us how they train their new recruits to use pepper spray and tasers.

In a recent video they published on Facebook, you can see four recruits lined up and sprayed with OC power by one of their instructors.

“When you spray them, your heart goes out because you know exactly how they feel,” said Lt. Meryah Breeden, who works for the Community Affairs department for the Norfolk Sheriff’s Office.

Lt. Breeden helps train the new recruits, has used OC spray in the past and even been sprayed herself as part of her training when she first started 11 years ago.

“I literally thought to myself, I'd rather die than continue to experience this. It’s that bad,” said Lt. Breeden.

But she said it’s an experience all recruits go through in their agency.

“It’s a very burning, irritating feeling. If you imagine the hottest pepper and you smell it, you can have that tingling sensation in your nose, imagine that times 100 and it won’t stop,” said Lt. Breeden.

In the video you can hear the recruits coughing -  but the drill is not over. They must react and make decisions and even use defensive tactics just like they were in the field.

"It’s not only so we know how it feels on someone, but it’s also to help us know how to operate when it’s been sprayed because it lingers in the air,” said Lt. Breeden.

For months, the recruits undergo training, which also includes being tased.

But Lt. Breeden said the number one tool they are trained to use is not part of their gear.

“The number one thing you want to use is your verbal judo. You really want to have a good presence and talk people down down but if you have to go to that level and it’s an unfortunate situation, then you only want use the minimal amount [of force] necessary,” said Lt. Breeden.

Click here to find out more on how to become a Norfolk deputy. 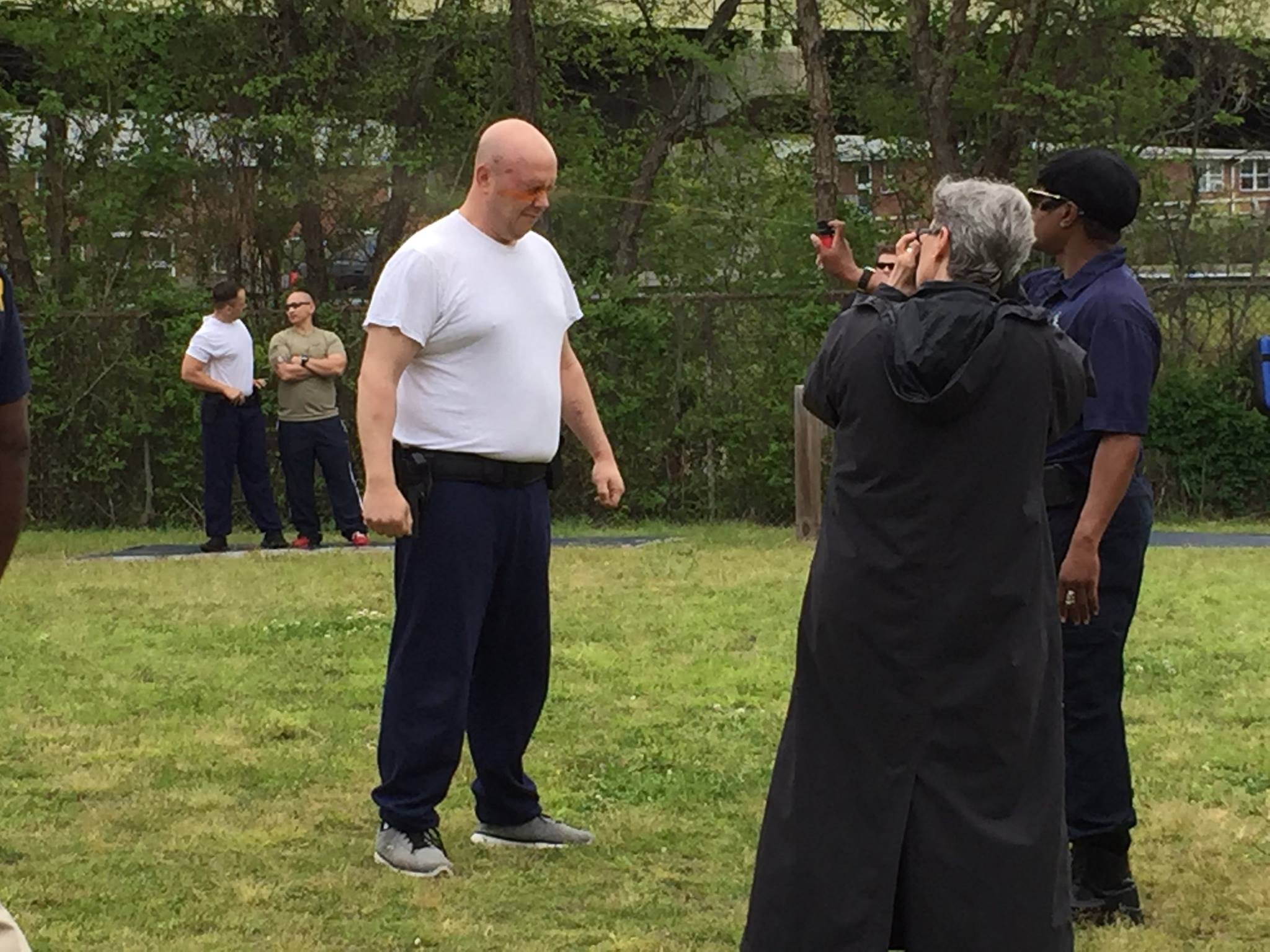