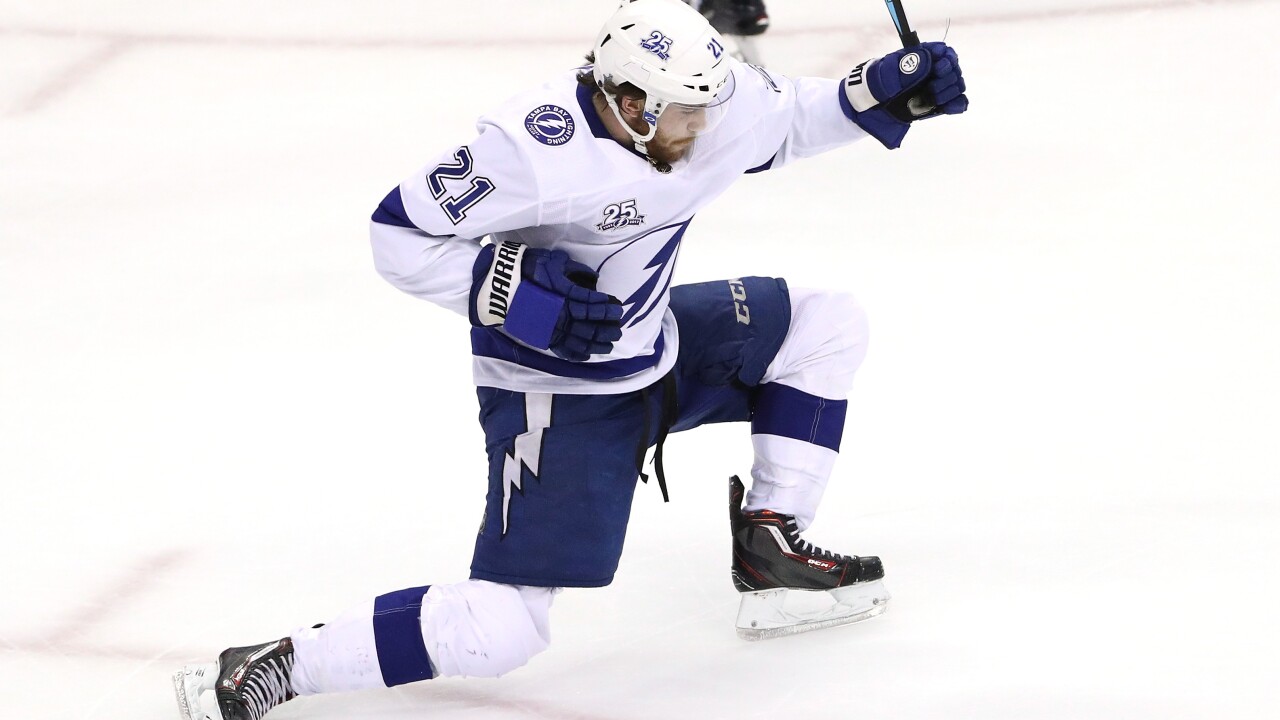 WASHINGTON, DC – NHL teams taking a 2-0 lead in a best of seven series go on to win the series 89 percent of the time. The Capitals will test those odds.

Tuesday at Capital One Arena, the Tampa Bay Lightning respond after dropping the first two games of the Eastern Conference Final on home ice. Tampa Bay scores three early goals to beat the Capitals, 4-2 and crawl back into the series. Washington now leads the series 2-1.

Braden Holtby of the Washington Capitals gives up a goal. (Photo by Bruce Bennett/Getty Images)

Steven Stamkos opened the scoring 13:53 into the first period. Nikita Kucherov extended the lead to 2-0 with a goal 1:50 into the second period. Less than two minutes later, Victor Hedman made it 3-0 Lightning. Brett Connolly and Evgeny Kuznetsov add goals for the Capitals in a losing cause.

Game four of the best of seven series is Thursday night in Washington.