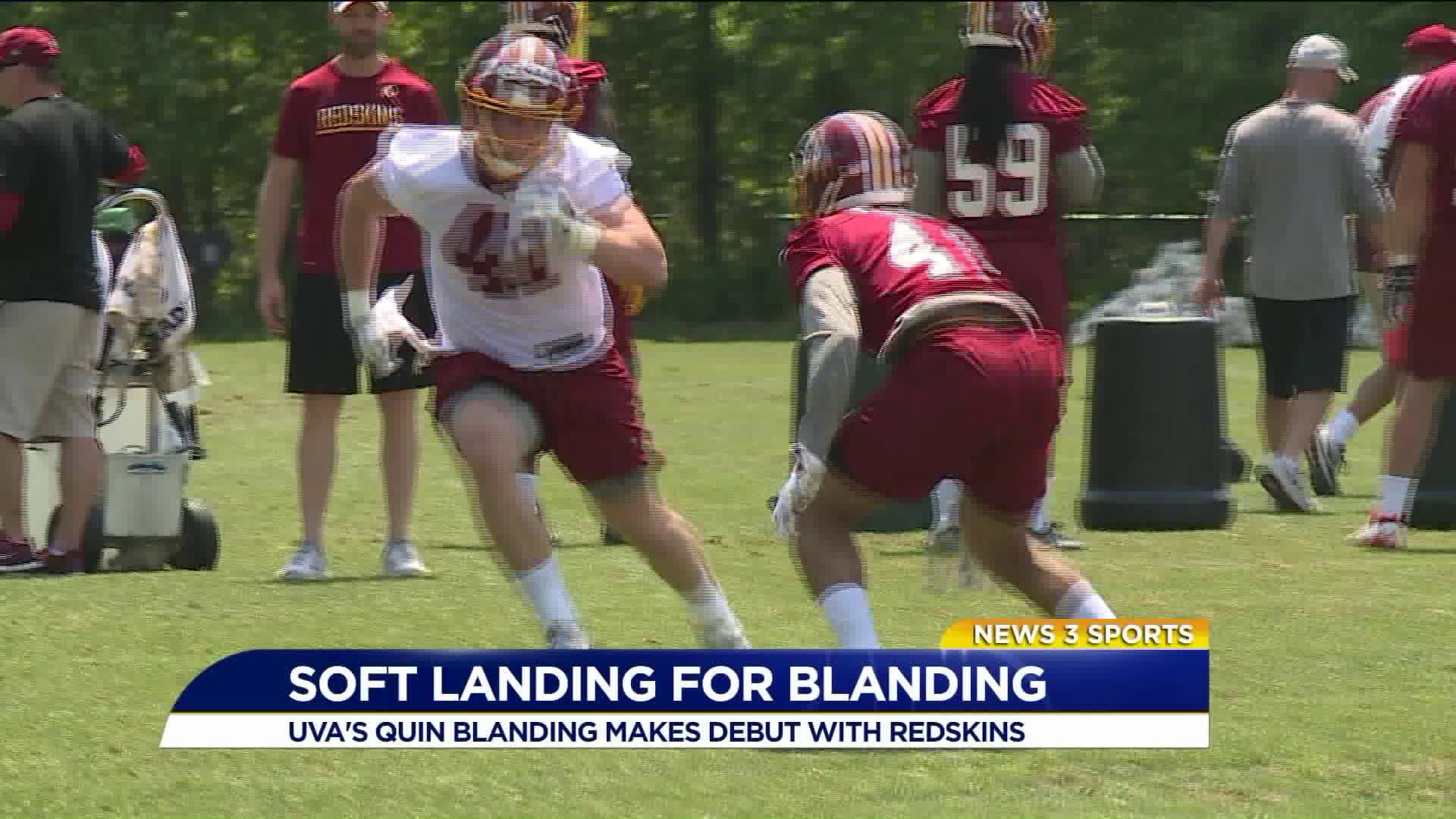 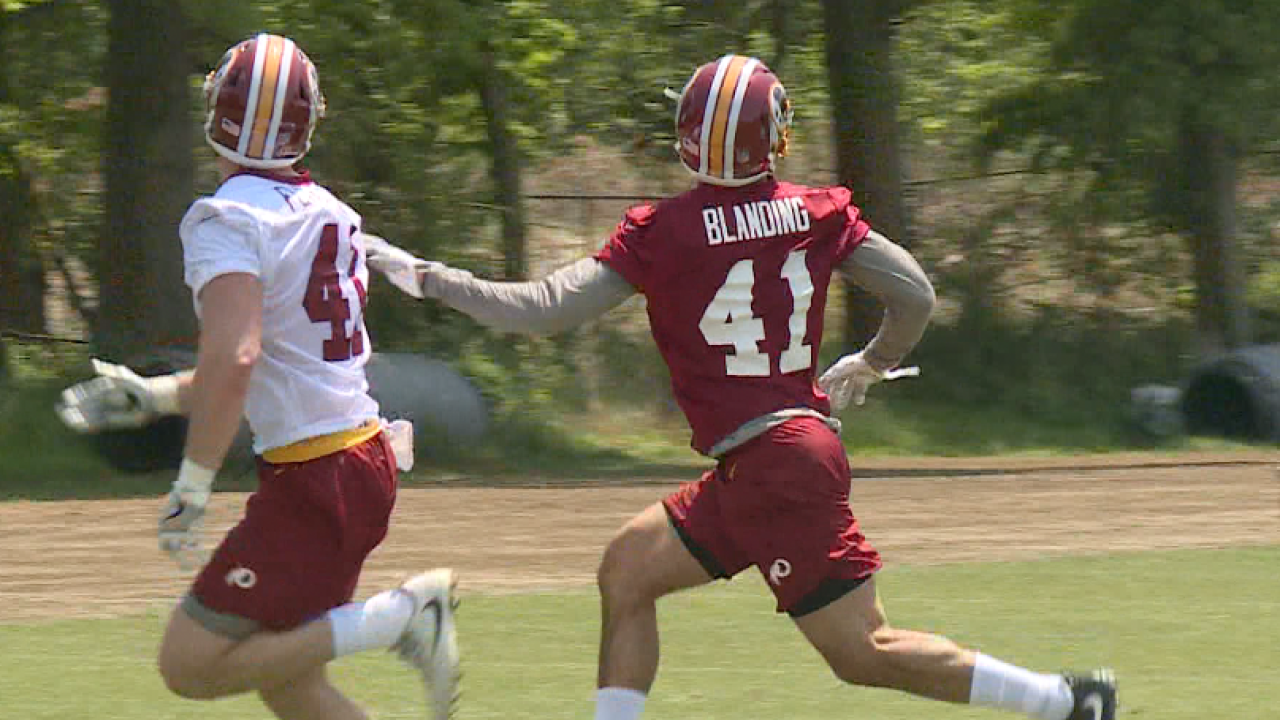 LOUDOUN COUNTY, Va. - Virginia Beach's Quin Blanding is one of the most-decorated defensive players to come out of the area. But the former Bayside High School standout is not getting defensive about being overlooked early in his NFL career.

Blanding, a former five-star recruit who broke UVA's all-time tackles record, was not selected in the 2018 NFL Draft despite receiving an invite to the NFL scouting combine.

The Redskins, who used a fourth round selection on Penn State safety Troy Apke, chose not to draft Blanding. However, head coach Jay Gruden says the team was thrilled that Blanding was available to sign as an undrafted free agent.

"We were glad he was there," Gruden said Friday. "We ended up getting [Troy] Apke in the fourth round so we kind of were done with the safety position in the draft, but we knew we had to bring a couple more in for free agency and we’re glad that he was there. I thought he had a draftable grade on him for sure. He was very productive at Virginia and showed up in the Senior Bowl. So he’s got a great chance to stick around.”

Blanding did not appear overwhelmed following his first professional workout. "I mean, it's football and it's the game I love," Blanding explained. "It's a new system and words to learn and schemes. But, tther than that, it's football - you have to go out there and play."