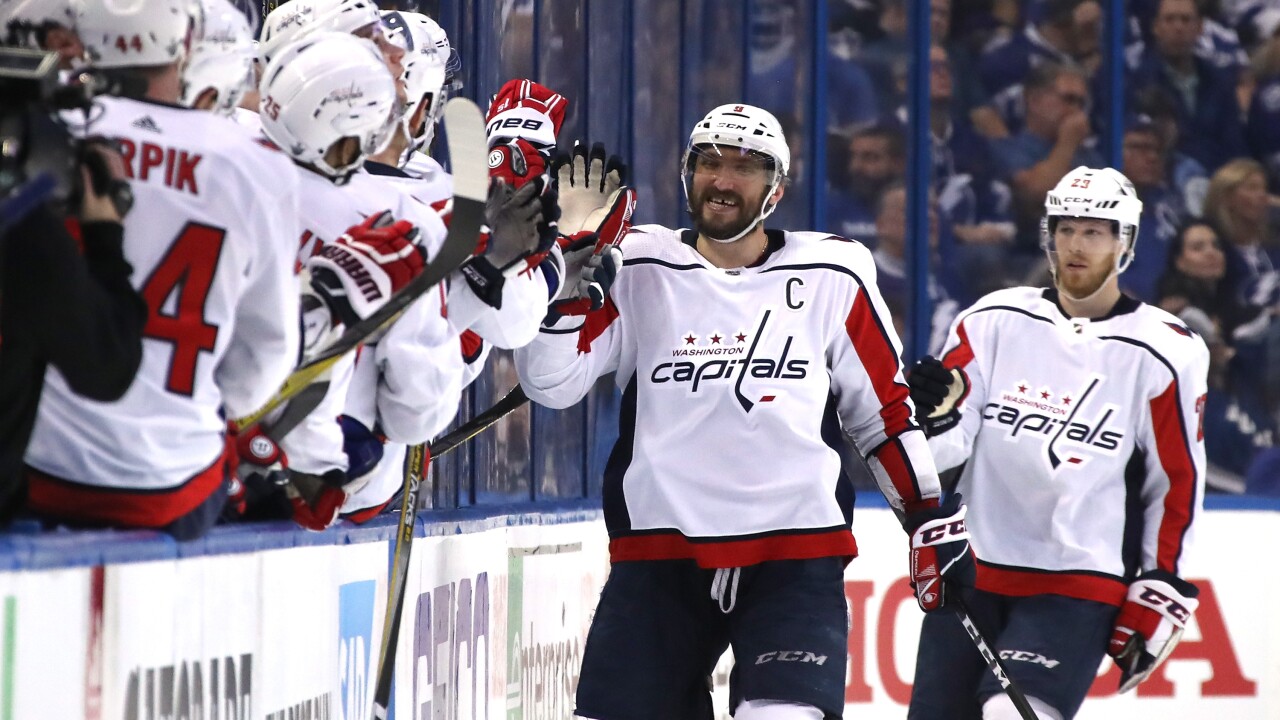 TAMPA, Fla. – The Washington Capitals had not played in an Eastern Conference Final since 1998. The Tampa Bay Lightning have played in three of the last four. Friday night, you couldn’t tell which team was which.

The Caps blitz the Lightning with a pair of first period goals and two more in the second period on their way to a 4-2 victory at Amalie Arena in Tampa. Washington leads the best of seven series, 1-0.

The Capitals’ Michal Kempny started the scoring 7:28 into the first period. Captain Alex Ovechkin added a goal with six seconds left in the period – shortly after Tampa had its potential game-tying goal waved off for too many men on the ice.

Washington went ahead 3-0 less than three minutes into the second period when Jay Beagle found the back of the net. Lars Eller’s power play goal gave the Caps the 4-0 lead they would take into the third period before Tampa Bay answered with a pair of lamp-lighters in the final period.

Game two of the series is Sunday night in Tampa. The puck drops at 8:00 p.m.

Game 1 for the @Capitals… stellar!

What a start for The Eastern Conference Final. #StanleyCup pic.twitter.com/FCWxtFr9UV