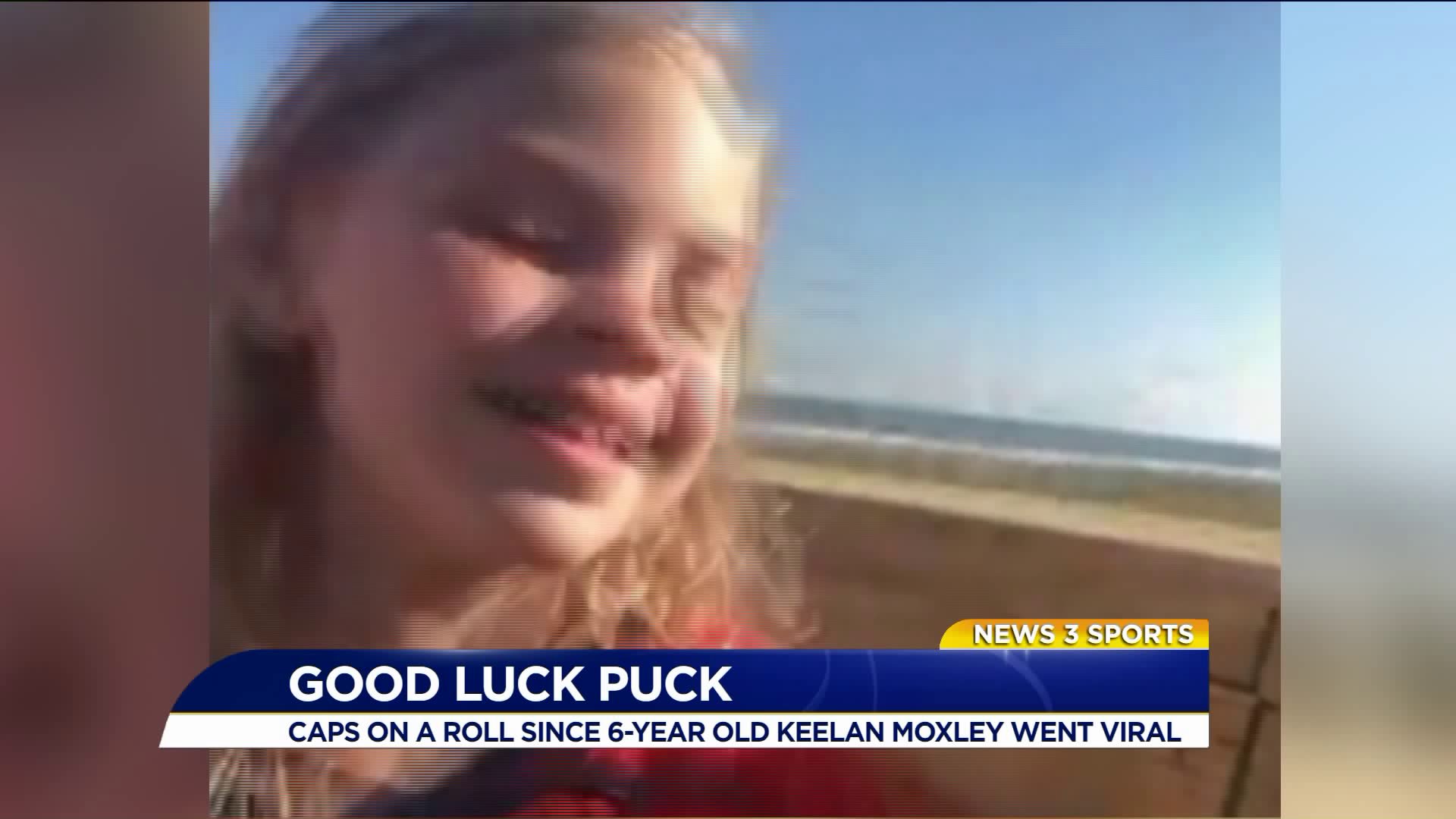 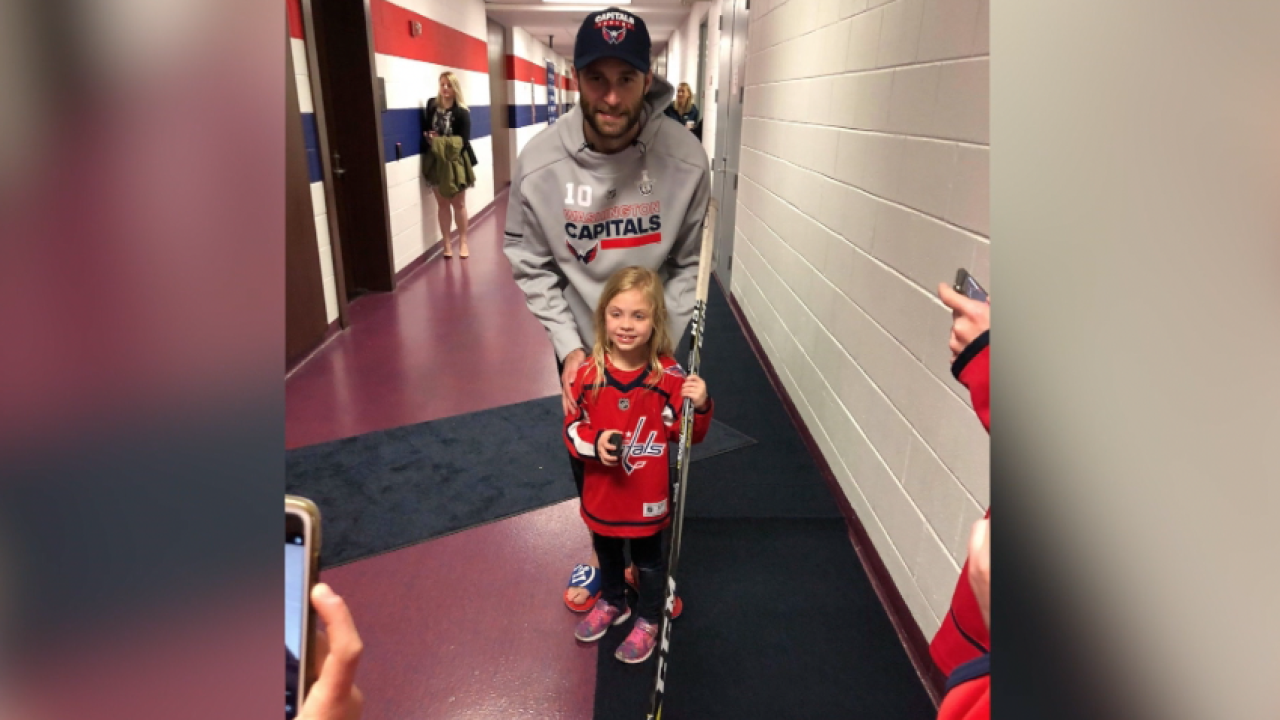 WASHINGTON, DC - Washington Capitals fans have been waiting two decades to see their team return to the Eastern Conference Final. But a certain fan, one of the team's most famous, has been waiting her entire life.

Six-year old Keelan Moxley, who gained fame from a viral moment during round one of the Stanley Cup Playoffs, says her life can't get much better. She's currently vacationing with her family in South Carolina as her favorite team prepares to play the Tampa Bay Lightning in the Eastern Conference Final.

"Ever since I got the puck, they just kept winning and winning and winning," Moxley said with a smile during a FaceTime interview with News 3 Wednesday. "I'm hanging out with my family now, and I'm just like 'This is the best time of my life!"

Keelan became a viral sensation April 15th when she beamed with joy after Washington forward Brett Connolly, after several attempts, passed her a puck over the glass.

The Capitals lost that game to fall behind two-games-to-nothing in the best of seven series. However, after the video began to pick up steam - the team has won eight of its 10 games, clinching two postseason series and a spot in the East Final vs. Tampa Bay.

Not only was Keelan in attendance at game five, she would make Elsa from Frozen jealous with the way she was treated like an ice queen.

She spent time with Leonsis in his suite, was featured on the jumbotron inside the arena and was able to meet Connolly after the game. During the visit, Brett presented Keelan with a signed stick and an ice skate autographed by multiple Capitals players - a prize she says she's keeping on a shelf in her playroom. But, that's not the only "trophy" on display in that spot. Keelan, a hockey player herself, has a real trophy from her own on-ice heroics.

So now that the NHL's Washington Capitals appear to have found a good luck charm during a run in the Stanley Cup Playoffs, they certainly aren't going to put that relationship on ice.

"Ted Leonsis told us: as as long as the Capitals are playing, we will be going to the games," Lauren Moxley, Keelan's mother, explained. Ted Leonsis is the owner of the Capitals.

So how does all this attention make Keelan feel?

"I feel a lot different than I did before I was famous," Moxley explained during a previous FaceTime interview.

How many times has she watched the viral video of her reaction to not receiving, then ultimately landing a puck from Connolly?

"It's been overwhelming," Lauren admitted about the reception from the team and the ensuing flood of media requests. "We're not used to this stuff, but she's been having a lot of fun with it - so we're trying to make it as fun as we can for her."

The Capitals open their best of seven Eastern Conference Final series Friday at Tampa Bay. Puck drops at 8:00 p.m. Washington's next home game is Tuesday the 15th - and yes, Keelan and her family will be back in the D.C. area by then. After all, she's waited her entire life to see her favorite team play a home game in the Eastern Conference Final.