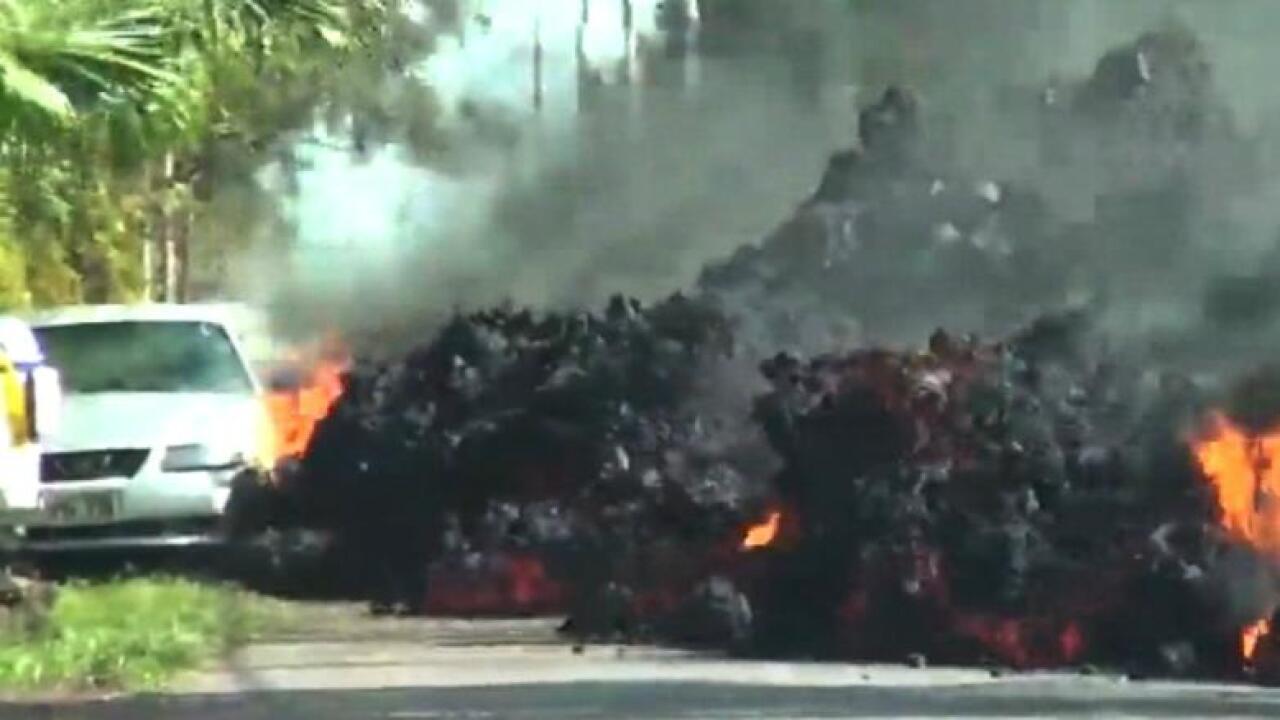 Brandon Clement arrived in the Leilani Estates community on Hawaii’s Big Island Sunday, hoping to witness the ongoing eruption of the Kilauea volcano. Officials had allowed evacuated residents return to check their homes.

Suddenly, he saw flames shoot up in the air, and a mound of lava started crawling toward a nearby home.

Clement, 38, of Terry, Mississippi, jumped out of his vehicle and banged on the doors of the home — but the house appeared to be empty.

So he returned to his car, which was parked in the middle of the road, and turned on his dash camera. The lava moved down the hillside, slithered across a street and swallowed a Ford Mustang on the other side of the road. He captured it in a 30-second time-lapse video.

“It looked like the movie ‘Blob,’ but on fire,” he said in interview Monday from Hawaii.

All 1,700 residents of Leilani Estates and well as nearby Lanipuna Gardens had been ordered to evacuate.

Since the eruption, a total of 12 fissures have emerged, and 35 structures have been destroyed, according to Hawaii Civil Defense.

Clement said lava trickled downhill through a wooded area and began piling up in front of a gate leading to the street. The lava “busted the gate open,” he said.

He filmed it traveling about 20 feet across the street in about 10 minutes. Then it “ate the car,” said Clement.

In all, he assumes, the lava moved about 300 feet in 35 minutes before it continued down the street.

“I’m pretty sure it destroyed a couple houses,” he said.

He returned on Monday to a deserted block, where he saw big piles of molten lava, about 10 to 12 feet high. A telephone pole was on fire in the road.

Clement, who landed in Hawaii on Friday, said he has chased every kind of natural disaster, including blizzards, nor’easters, wildfires and hurricanes.

He said he would describe his first volcanic eruption with one word: “Insanity.”