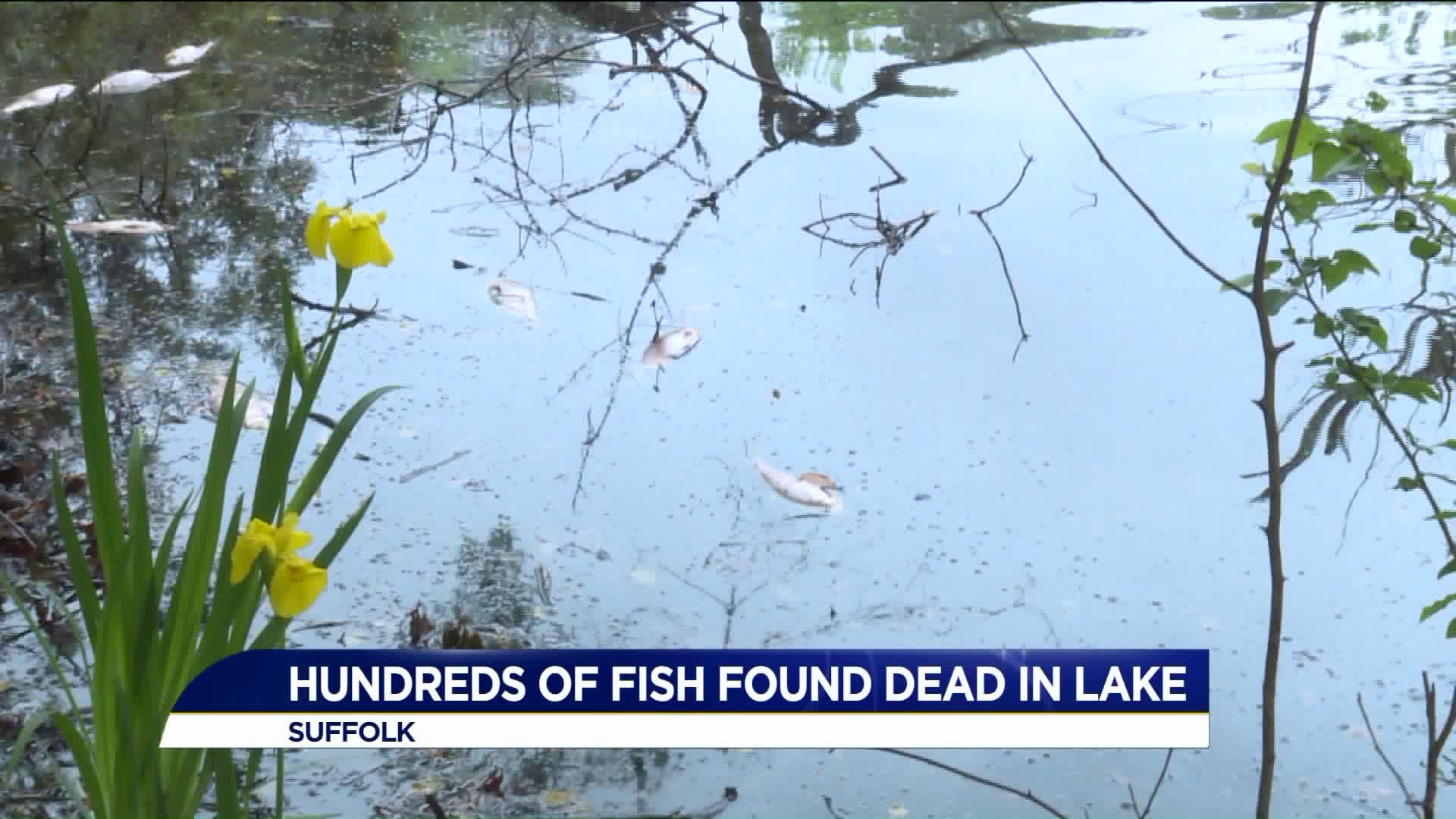 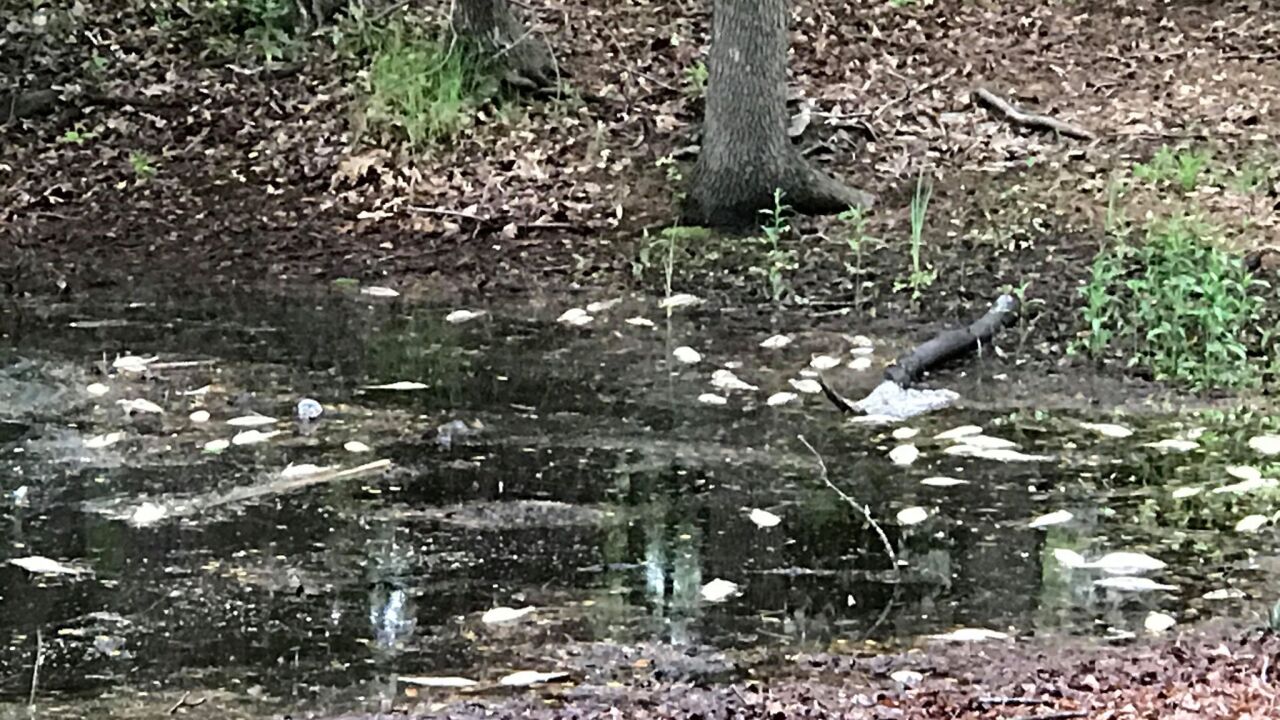 Lauren Simmons' home backs up to the lake where the dead fish were found.

"We have this beautiful backyard and a water view and it's real pretty, but now we look out and all we see is dead fish," Simmons says.

The dead fish were first noticed Sunday morning. On Monday, dozens of fish could still be seen floating near the edge of the water, which is only a few yards from neighbors' homes.

Simmons has lived in the neighborhood for two years. She says it's the first time she or her neighbors have seen so many dead fish.

As a mother of two children, she's concerned that something in the lake could be dangerous. She also wants to know what to do with the dozens of dead fish floating just steps from her home.

"It's gross when you go outside and trying to play with the kids. It stinks like a whole bunch of dead fish," Simmons explained.

A spokesperson with the City of Suffolk says a crew from Suffolk Public Works - Stormwater responded to the lake. They say no obvious indications of illicit discharge was found however, the pond is located on private property so the city is not able to fully investigate.

Simmons says she contacted her home owners association and they are looking into the situation.