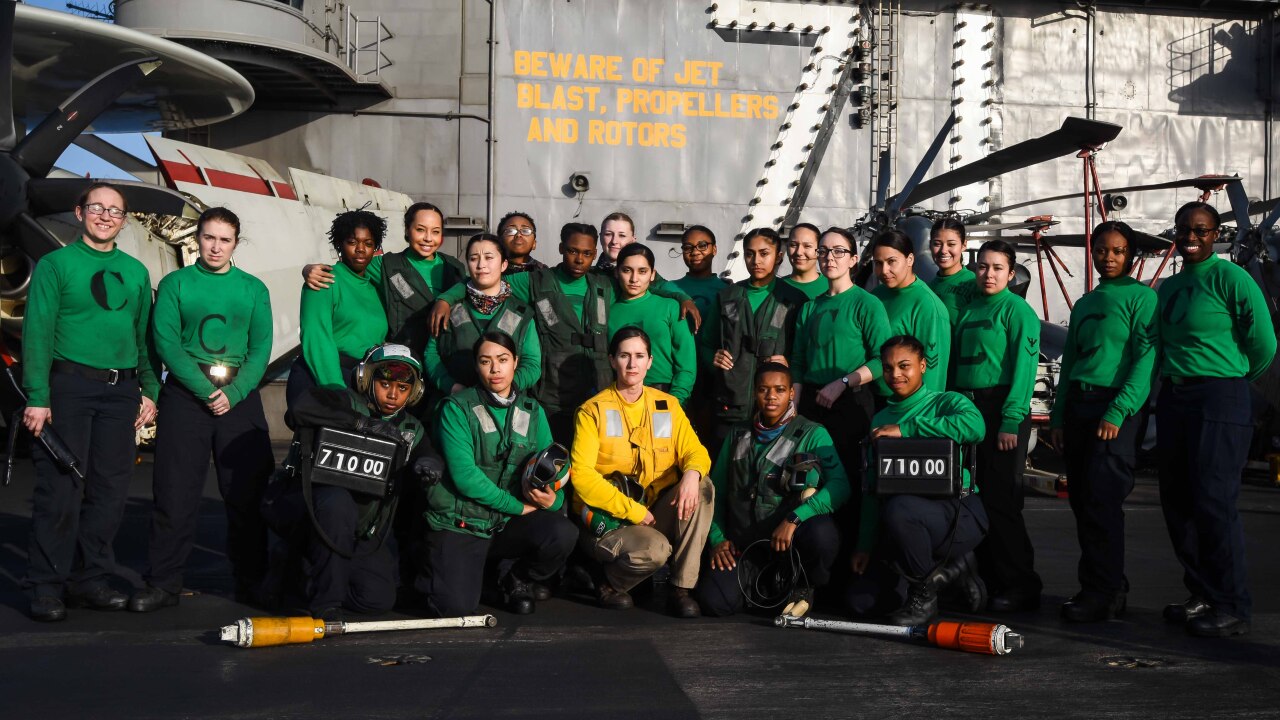 Photo provided by the U.S. Navy.

HAMPTON, Va. – The USS Theodore Roosevelt and its all girl flight deck have returned from a seven month deployment on Monday, one of which is a Hampton native.

ABEAN Nyasia Cooper was part of the group that docked in the aircraft carrier’s homeport of Naval Air Station North Island in San Diego, California.

Cooper and the other 34 women Sailors helped to launch more than 35 aircraft from the Roosevelt while on tour.

“It’s an exciting feeling when I see a bun sticking out of the back of a pilot’s helmet,” said Equipment 2nd Class Mariani Rivera, apart of the all women flight deck. “I always challenge the Sailors that work for me to go out there and do twice as much as the men. Every individual, male or female, works hard out there on the flight deck, but to get recognized as a woman who is working hard, you really have to push yourself.”

The flight deck crew facilitates every aspect of launch and landing of aircraft. The USS Theodore Roosevelt left its homeport of San Diego Oct. 6 and brings home 6,000 Sailors and Marines today, according to the Navy.

Female sailors have been used in aircraft launches on U.S. aircraft carriers for more than 20 years.