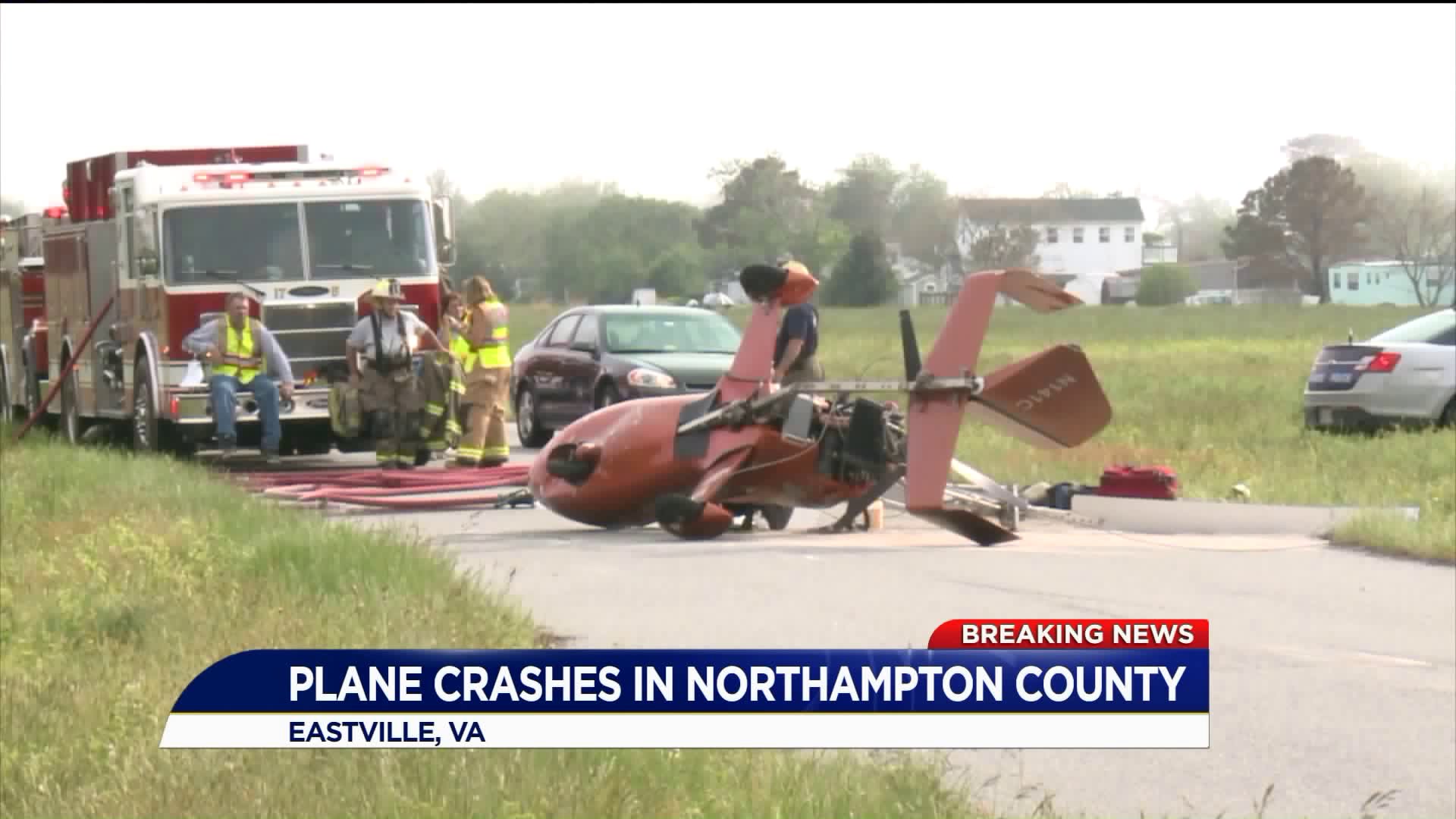 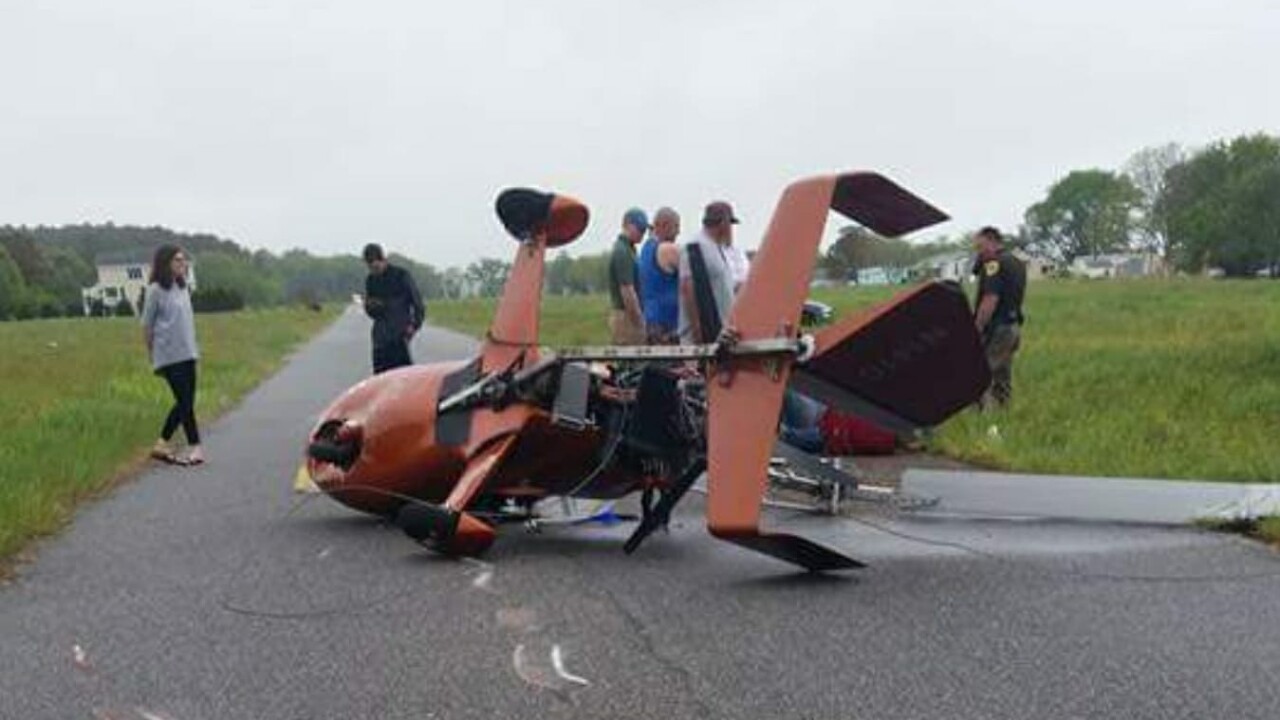 NORTHAMPTON COUNTY, Va. - Law enforcement and first responders are on-scene of a plane crash that happened in Northampton County on Sunday.

According to officials, Local dispatch received a call about the crash around 3 p.m. in the 16000 block of Candy Lane in Cape Charles.

Virginia State Police say the Gyro Copter clipped a power line, which wrapped up in its propeller. It fell approximately 226 feet before hitting the ground.

Neighbors told News 3's Aleah Hordges that it started with a loud boom.

"Everyone lost power so it's just one of those things," said Jason Parks. "It was probably a transformer that was the boom and then the initial impact was more limited as far as noise."

The pilot was the only person in the plane, but two neighbors said they stepped in to help.

"It was leaking fuel," said Nick Vatis. "He had a pair of cutters, I cut the seat belt off the guy because he was still stuck in there and we both lifted him up and out then got him away from the aircraft."

The rescuers said it took them just five minutes to safely get him out.

The pilot was being attended to by local EMS. The extent of his injuries are unknown at the time. 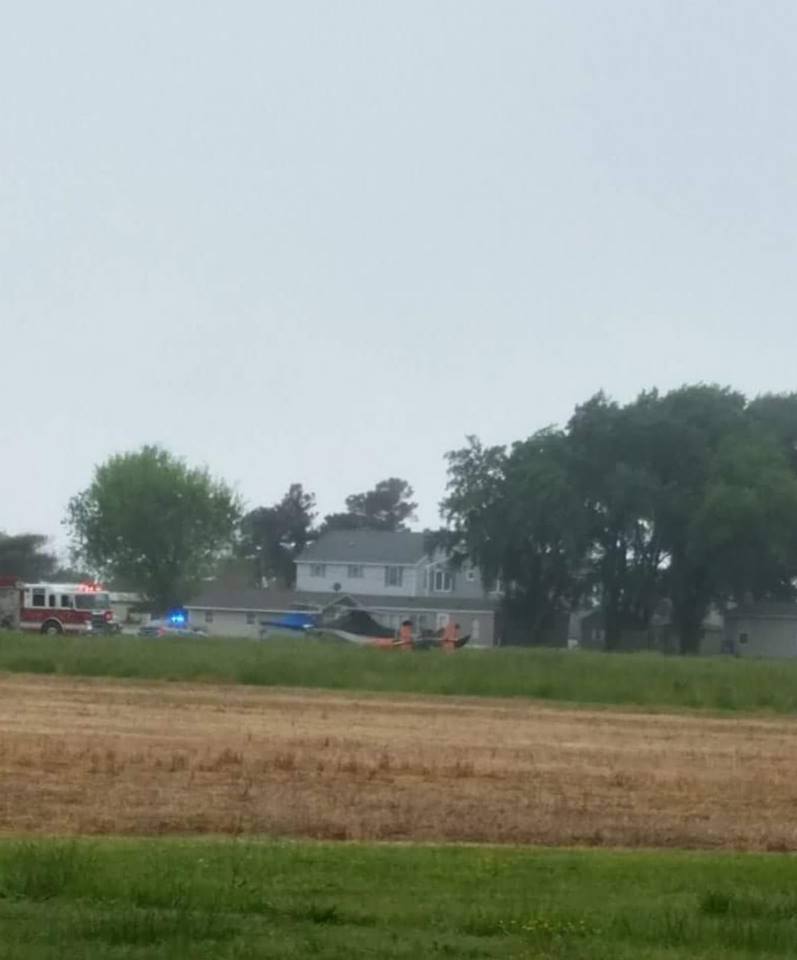