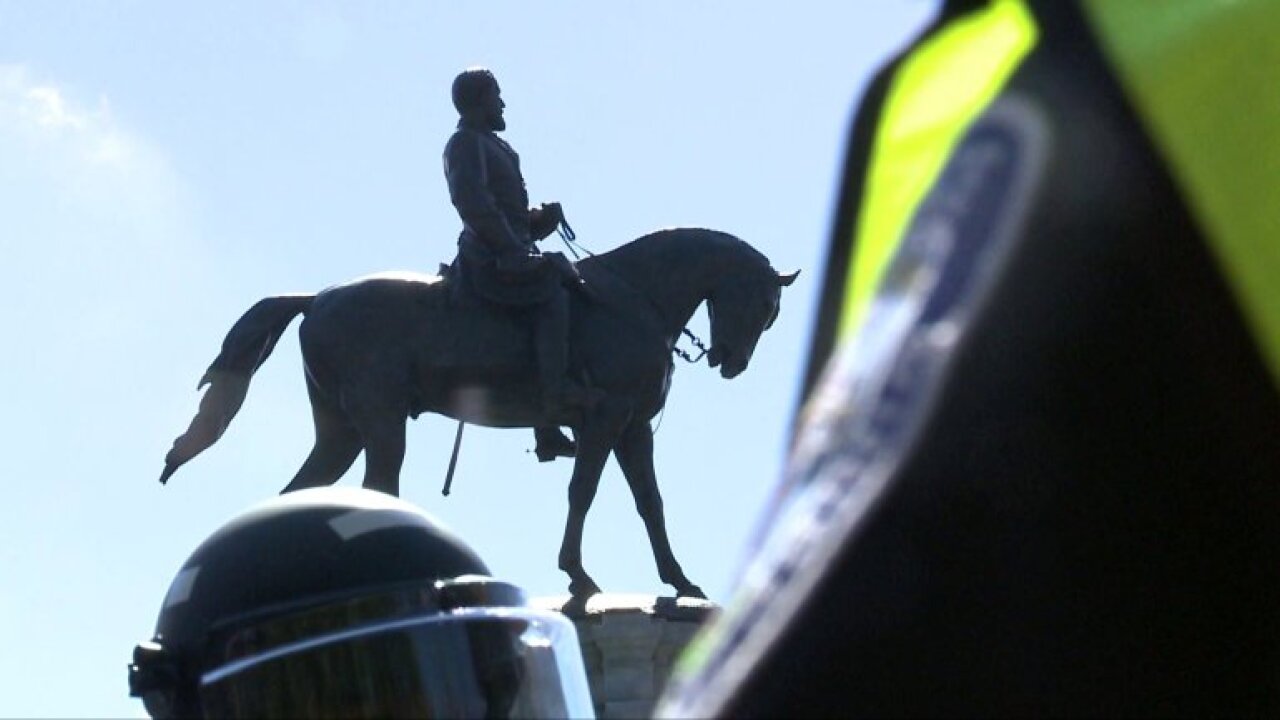 RICHMOND, Va. — Richmond Police are responding to rumors on social media about a possible pro-Confederate rally on Monument Avenue this weekend.

The group CSA II: The New Confederate States of America from Tennessee posted that they will return to the Robert E. Lee monument on Saturday for the third time.

The group created a Facebook group titled, Protect All the Monuments on Monument Ave – Round 3.

Richmond police say no permits for a rally have been approved, but should an assembly occur, the department will have enough resources to keep people safe.

“We ask anyone who comes to Monument Avenue to be cooperative and non-confrontational,” said a Richmond Police spokesperson. “They should stay out of the roadway, remain on the sidewalks and cross in the crosswalks.”

“No Permit Will Be Required as This Event Is Covered By The 1st Amendment of the United States Constitution. This is NOT an UNPERMITTED Event!!!” the group posted on Facebook.

Police also issued a reminder that unlawful activity will not be tolerated.

In a Facebook post, the New Confederate States of America says the planned rally will be peaceful.

“If you are with a hate group or there specifically to start trouble, we encourage you to stay away and stay home as that is not what this event is about,” said the group.

The two previous pro-Confederate monument rallies held by the group only included around a dozen people. According to Facebook event, 53 people are planning to attend.

Monument Avenue will be open as usual this weekend, without restrictions, according to police.