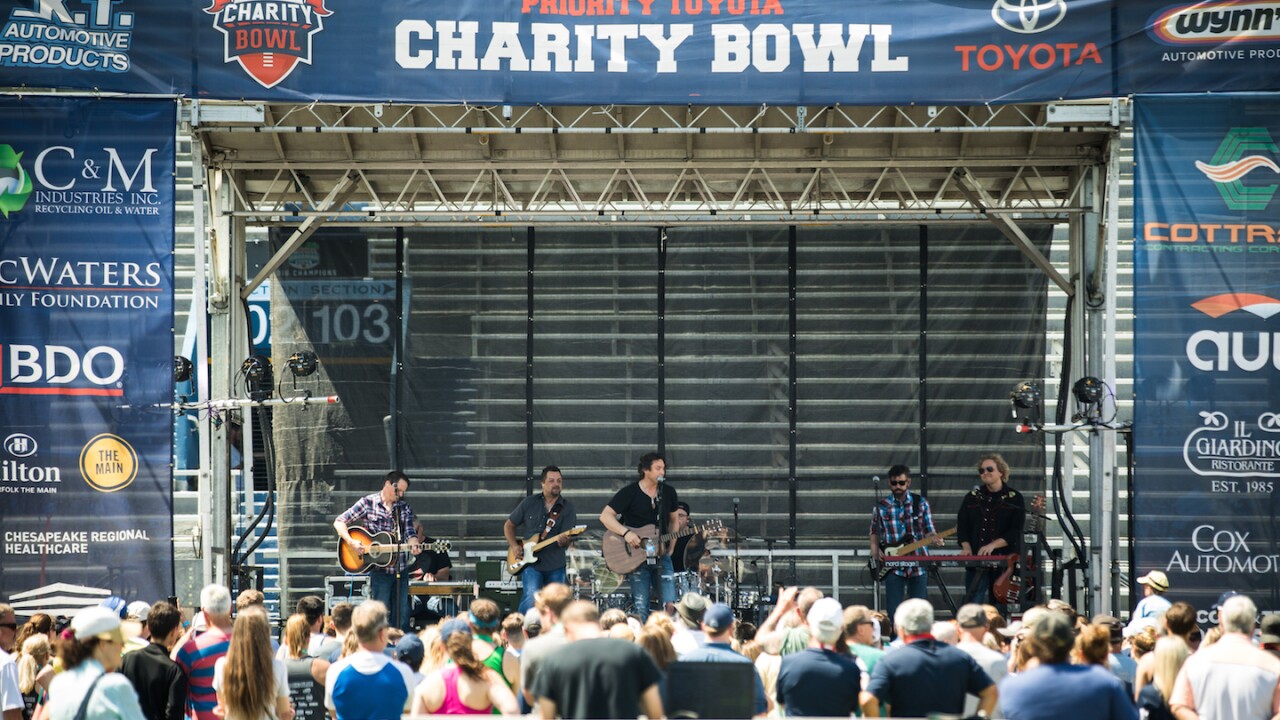 NORFOLK, Va. – With another Charity Bowl in the books, another fundraising goal was also surpassed.

“It just keeps getting better and better,” said Priority Automotive President Dennis Ellmer. ”And the more we raise, the more we can help these wonderful children’s organizations that do so much for our region.”

The 50th Charity Bowl kicked off with a concert by country music singer and Grammy nominee Joe Nichols, who performed a free hour-long set and a special private acoustic set for event organizers and sponsors. The concert was followed by the ODU spring football game and the annual Priority Toyota Charity Bowl Celebrity Football Game featuring celebrities, elected officials and football legends.

The Washington Redskins cheerleaders also made an appearance, along with M&M’s Show Car!