Dinosaurs return to the NC Aquarium on Roanoke Island this summer 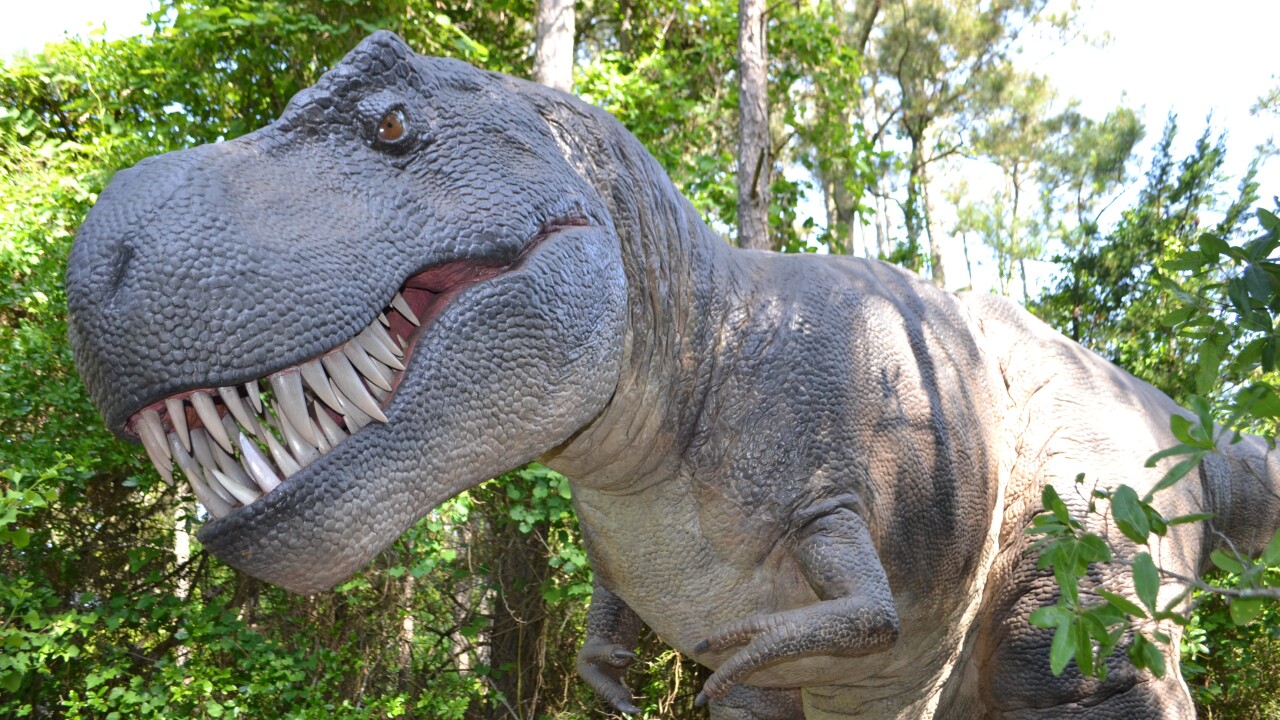 MANTEO, N.C. – Spring thunderstorms may be around the corner. But if you here some rumbling in the area, it may be the dinosaurs making their way to the NC Aquarium.

The North Carolina Aquarium on Roanoke Island is turning its nature trail into a Jurassic Park themed jungle that will be populated by reptiles of the past.

The NC Aquarium says that the exhibit will surely transport guest to a lost world and time, opening May 26 and running until September 4. The last time that dinosaurs were at the aquarium was in 2015.

Aquarium visitors can stand alongside life-size animated Triceratops and Stegosaurus and get face to face with Parasaurolophus and Ankylosaurus. The aquarium is also offering special dinosaur focused educational programming throughout the summer.

“There’s something almost fantasy-like about them, just because there’s nothing to compare them to today,” said aquarium Director Maylon White. “It’s thrilling to see them right there moving and making sounds and to imagine what they must have been like. It truly was another world.”

The exhibit is included with regular admission. NC Aquarium is opened 9 a.m. to 5 p.m. every day except Thanksgiving and Christmas.