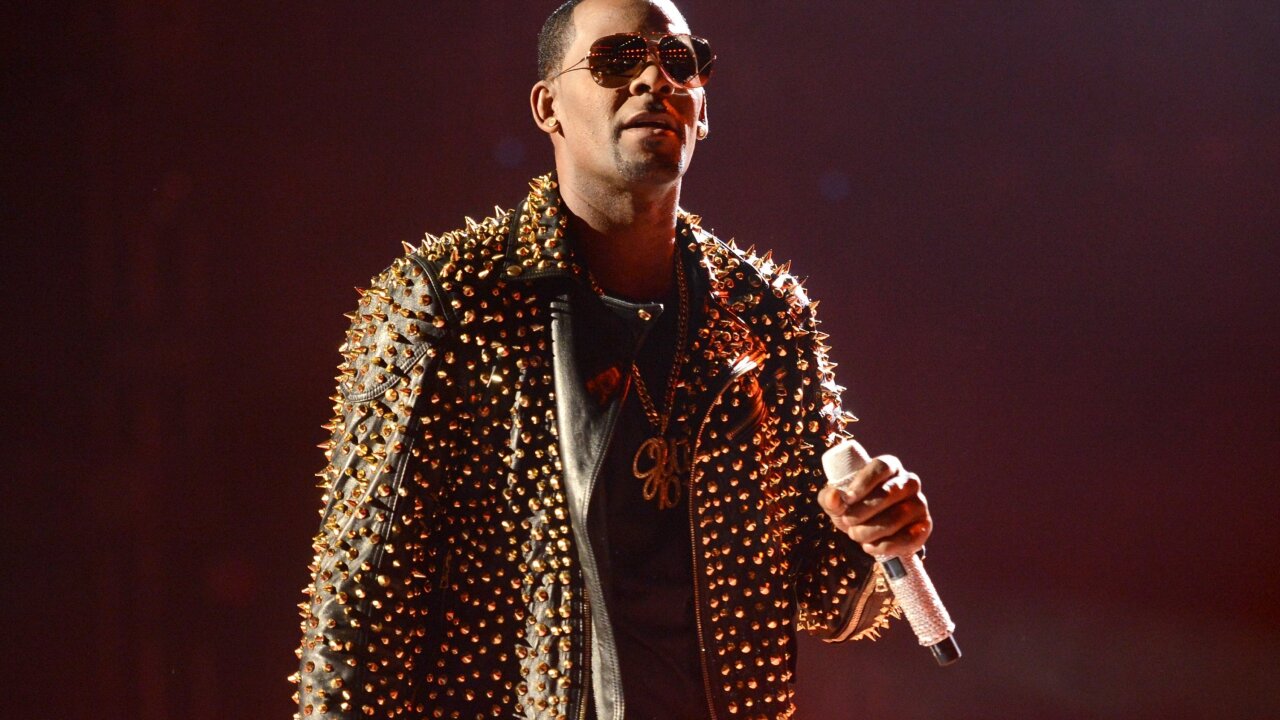 R. Kelly began trending on social media after Bill Cosby was found guilty last week, with some theorizing the R&B singer could be the next celebrity to be held accountable for alleged sexual misconduct.

R. Kelly began trending on social media after Bill Cosby was found guilty last week, with some theorizing the R&B singer could be the next celebrity to be held accountable for alleged sexual misconduct.

“Bill Cosby was found guilty on 3 counts of sexual assault today,” one person tweeted. “R. Kelly is up next on the chopping block,” just one of many online posts calling out the singer.

Now the Women of Color (WOC) group within the Time’s Up movement is calling on the entertainment industry to cut ties with Kelly, who has long been the subject of allegations of sexual abuse and the mistreatment of women and underaged girls.

In 2002, Kelly was indicted on child pornography charges for allegedly videotaping himself having sex with an unidentified underage girl. The case went to trial in 2008 and he was acquitted.

In 2017, a 24-year-old woman alleged she had a sexual relationship with Kelly when she was a teen. Kelly denied the accusation and no criminal charges were filed.

Kelly has been embroiled in controversy since an explosive Buzzfeed article last summer claimed the singer is holding a group of adult women against their will as part of what some of their parents say is a “cult.”

Kelly has repeatedly denied any wrongdoing.

On Monday, the WOC group within Time’s Up posted an open letter about Kelly. The letter begins, “To Our Fellow Women of Color: We see you. We hear you. Because we are you.”

“For too long, our community has ignored our pain. The pain we bear is a burden that too many women of color have had to bear for centuries. The wounds run deep,” the letter continues. “As women of color within Time’s Up, we recognize that we have a responsibility to help right this wrong. We intend to shine a bright light on our WOC sisters in need. It is our hope that we will never feel ignored or silenced ever again.”

The letter also outlines their endorsement of #MuteRKelly, an existing online campaign that has recently gathered steam.

Time’s Up is calling on various businesses, including RCA Records, Spotify and Apple Music, to stop doing business with the singer.

“The scars of history make certain that we are not interested in persecuting anyone without just cause,” the letter states. “With that said, we demand appropriate investigations and inquiries into the allegations of R. Kelly’s abuse made by women of color and their families for over two decades now.”

Kelly’s manager issued a statement in response to the Time’s Up letter and #MuteRKelly campaign.

“R. Kelly supports the pro-women goals of the Time’s Up movement. We understand criticizing a famous artist is a good way to draw attention to those goals — and in this case, it is unjust and off-target,” the statement read in part.

“Soon it will become clear Mr. Kelly is the target of a greedy, conscious and malicious conspiracy to demean him, his family and the women with whom he spends his time,” the statement continued. “R. Kelly’s music is a part of American and African-American culture that should never — and will never — be silenced. Since America was born, black men and women have been lynched for having sex or for being accused of it. We will vigorously resist this attempted public lynching of a black man who has made extraordinary contributions to our culture.”

Time’s Up, a comprehensive plan to combat sexual assault, harassment and inequality in the workplace, was launched in January by more than 1,000 women in entertainment.

Director Ava DuVernay, singer John Legend and musician Questlove were among those who shared their support for the movement against Kelly.

“This has been a long, hard, fought journey that SO MANY sisters have been on for more than a decade,” wrote #MeToo founder Tarana Burke in a tweet on Monday.

“This man is a predator and 100% of his victims have been Black and Brown girls,” she wrote. “At times it felt like screaming into a well, but thank God for this reckoning coming.”

Tim and Jonjelyn Savage, whose 21-year-old daughter is in a relationship with Kelly, allege she has been manipulated by the singer to cut off contact from them. They first came forward with their concerns after BuzzFeed reported on other parents of young women (though not underage) who had allegedly fallen under Kelly’s influence.

Tim Savage told CNN he has not seen his daughter since December 2016.

“The conviction of Bill Cosby is just a small fraction compared to what R. Kelly has done to these girls. We look forward to the day R. Kelly is convicted of the same, or even greater,” Savage said.

Kelly posted a video on social media over the weekend, acknowledging that he will no longer be performing at a concert scheduled for Saturday in Chicago.

“I don’t know why they canceled the show,” Kelly said. “I never heard of a show being canceled because of rumors.”

Kelly was reportedly pulled from the lineup after the Chicago Tribune reported on a petition calling for organizers to cancel his performance because of the abuse allegations.