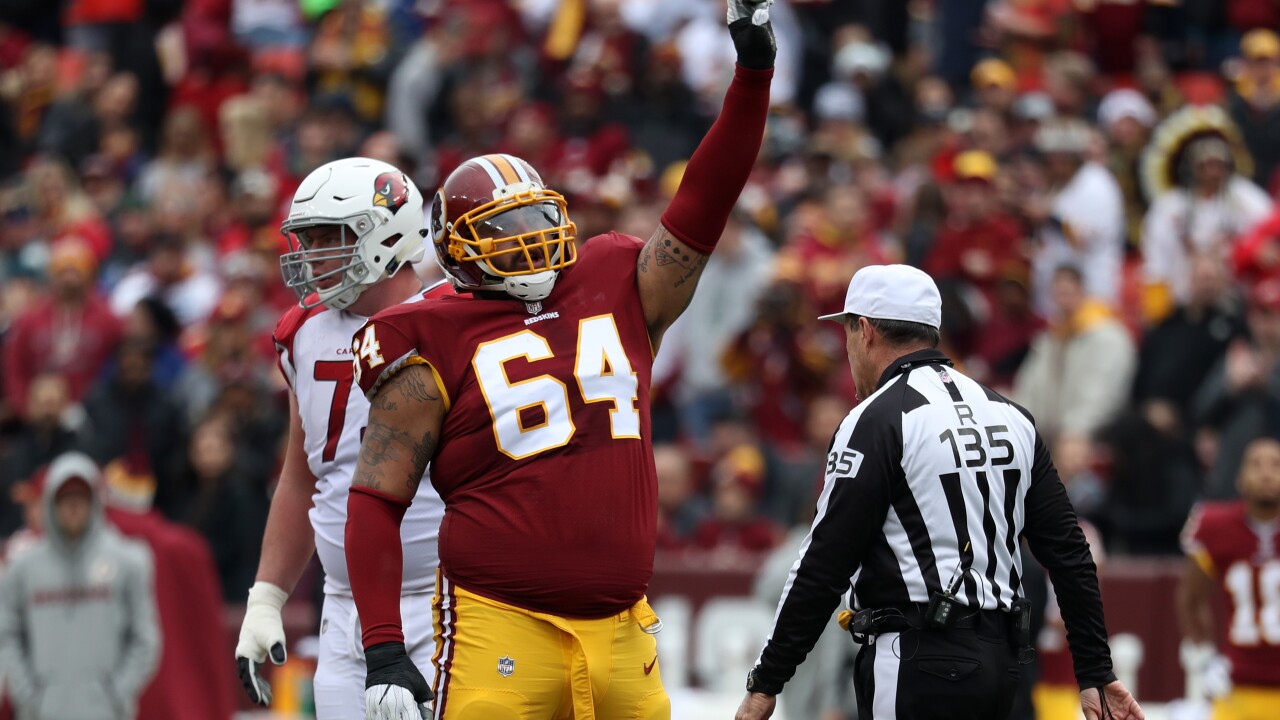 Monday, less than 48 hours after the completion of the 2018 NFL Draft – during which the Redskins drafted eight players, Washington makes roster moves.

The Redskins released the following players:

The Redskins waived the following players:

After signing a four year free agent contract with Washington prior to last season, McClain appeared in 12 games (two starts) for the Redskins in 2017. He recorded two sacks and 20 total tackles.

Hughes, another defensive lineman, was signed to a Reserve/Future contract in January after spending his first four NFL seasons with the Colts and Giants.

Bazile (tight end), McKinzy (linebacker) and Sample (defensive back) – all signed to Reserve/Future contracts in January, had yet to suit-up for the Redskins.