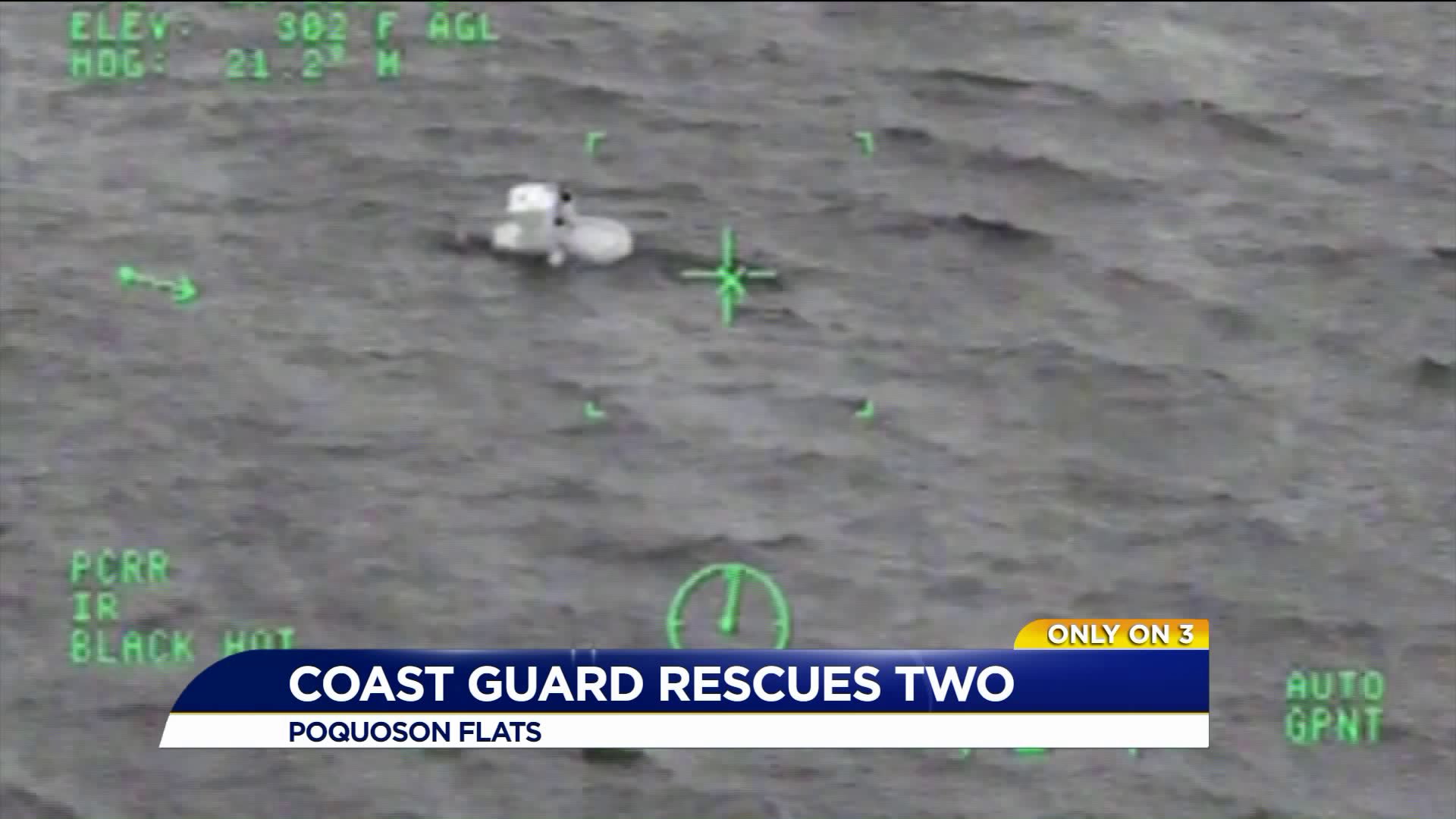 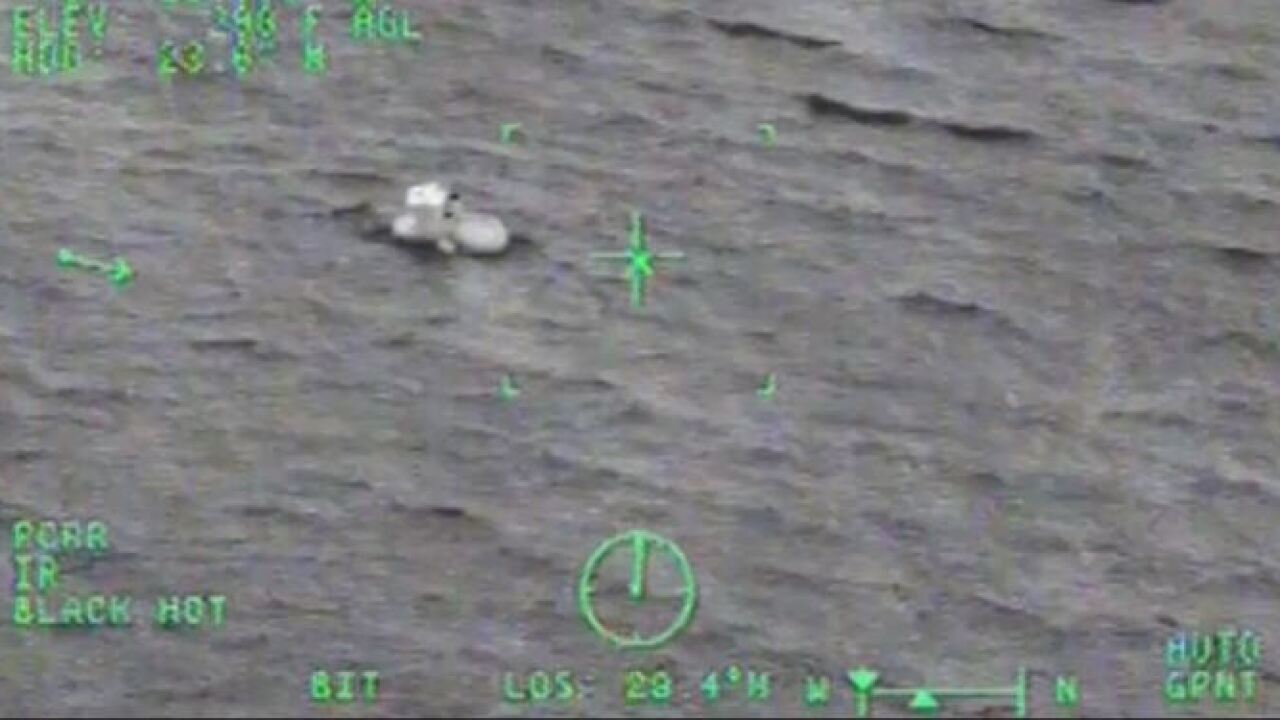 POQUOSON FLATS, Va. - A Coast Guard aircrew rescued a man and his 10-year-old daughter whose tugboat was taking on water near the mouth of the York River Sunday morning.

John Britt and his daughter had plans to reach Merrimac Shores Yacht Basin in Hampton before sundown Saturday night. But something went wrong.

"We lost all electrical power, all lights, all radio communication," said Britt. "I've been in Vietnam, I've raced cars and wrecked cars all over the east coast but this... this by far exceeds anything I've ever been through. Bar nothing."

The sun set and they were stranded in the Poquoson Flats. The 10-foot tugboat was leaning on its side and waves were crashing against it.

Since hours had passed, Britt's wife told watchstanders at the Sector Hampton Roads Command Center in Portsmouth shortly after 11 p.m. they were overdue in arriving.

Britt said thanks to a trick he learned from a man in Colorado on a ski trip, he was able to revive his dead cell phone. That's when Hampton Police called, asking for a location. His 10-year-old daughter was able to send their location to police and crews kicked into action.

Lt. Tyler Monez,  who piloted the MH-60 Jayhaw helicopter rescuing Britt and his daughter, credited them with having what the Coast Guard calls a "float plan."

"Tell somebody who is going to stay on land where you're going and who you're going with," said Lt. Monez. "That way if you're overdue, like Britt and his daughter were, that person can call for help.

Shallow water prevented the rescue boat crews from reaching boat. However, the aircrew was able to hoist Britt and his daughter and transport them to Sentara Norfolk General Hospital.

Britt said his daughter was a trooper and never shed a tear. He only encountered difficulty when the aircrew arrived and she didn't want to leave his side. However, after a little pep talk and being assured he would be right behind her, she agreed to go.

Now that they're both back on land, Britt is focusing on finding his tugboat. But he also wants everyone to know who the true heroes are.

"I give them credit for what they did do - period. They need all the recognition they can get. They are heroes, in my opinion," said Britt.