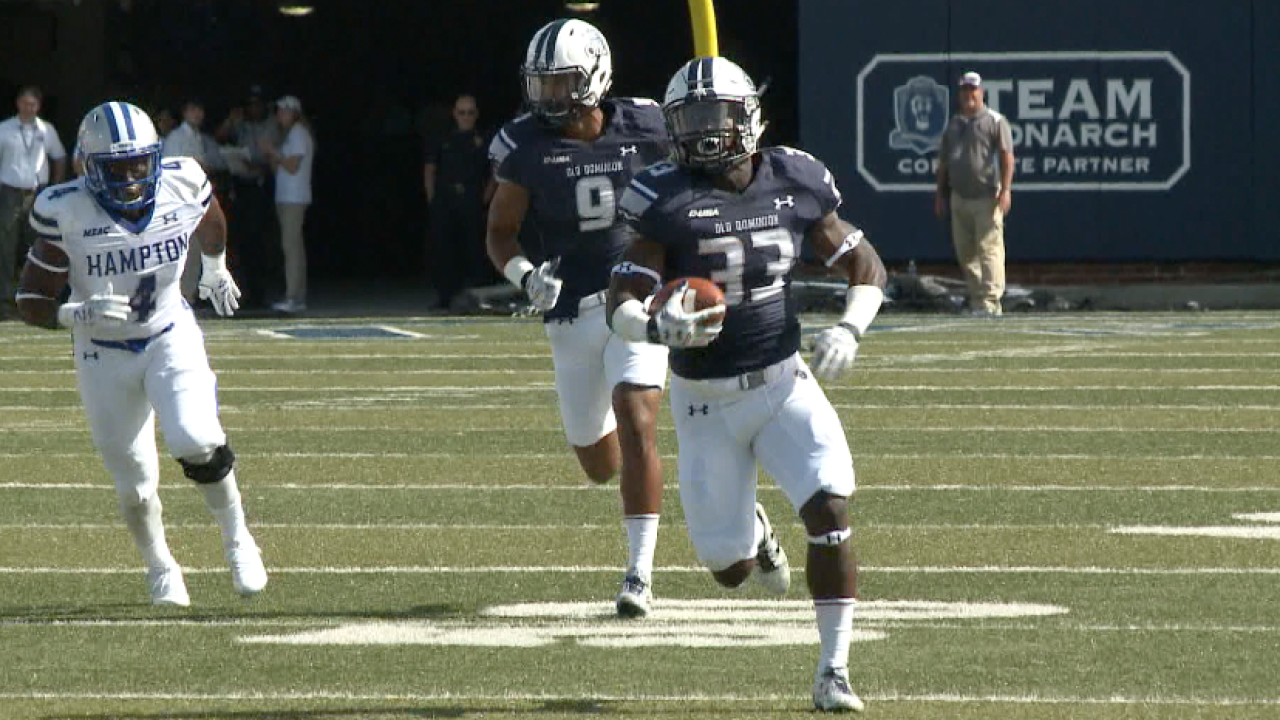 CINCINNATI, Ohio – Ray Lawry, the all-time leading rusher in Old Dominion history, will get his chance to gain more ground in the NFL.

Despite going undrafted in this weekend’s NFL Draft, Lawry has agreed to an undrafted free agent contract with the Cincinnati Bengals.

Lawry is the all-time leading rusher in Virginia college football (FBS level) history. His 4,080 yards rank ninth all-time in Conference USA history and his 45 career rushing touchdowns are tied for the third-best total in league history.

Despite being snubbed from the scouting combine, Lawry created buzz for himself ahead of the NFL Draft. The Super Bowl champion Philadelphia Eagles brought him in for a visit. The New Jersey native also attended the New York Jets’ and Giants’ local pro days earlier in April. Those visits were followed by workouts with the Los Angeles Chargers and Indianapolis Colts (first reported by Eric Edholm). The Panthers and Ravens have also shown interest.

“My film speaks for itself,” Lawry explained in a pre-Draft interview with News 3. “They know I can run the ball. Right now, teams are trying to figure out where I fit in. Many of them are asking me to catch the ball – out of the backfield and out of the slot.”

In four seasons with the Monarchs, Lawry caught 60 passes for 489 yards and three touchdowns. However, his season-high for receptions (21) came in 2015 – his sophomore season.

The four-time Conference USA postseason honoree (Freshman of the Year, 2nd-team and two-time Honorable Mention) missed four games in 2017 with a hamstring injury. However, he says he’s 100 percent healthy.

“I’ve been hearing good stuff from teams, and so has my agent,” Lawry admitted before the Draft. “We’re taking things day by day. Once the Draft comes – everything changes. You never know what’s going to happen. I’m just going to stay positive and hope for the best.”