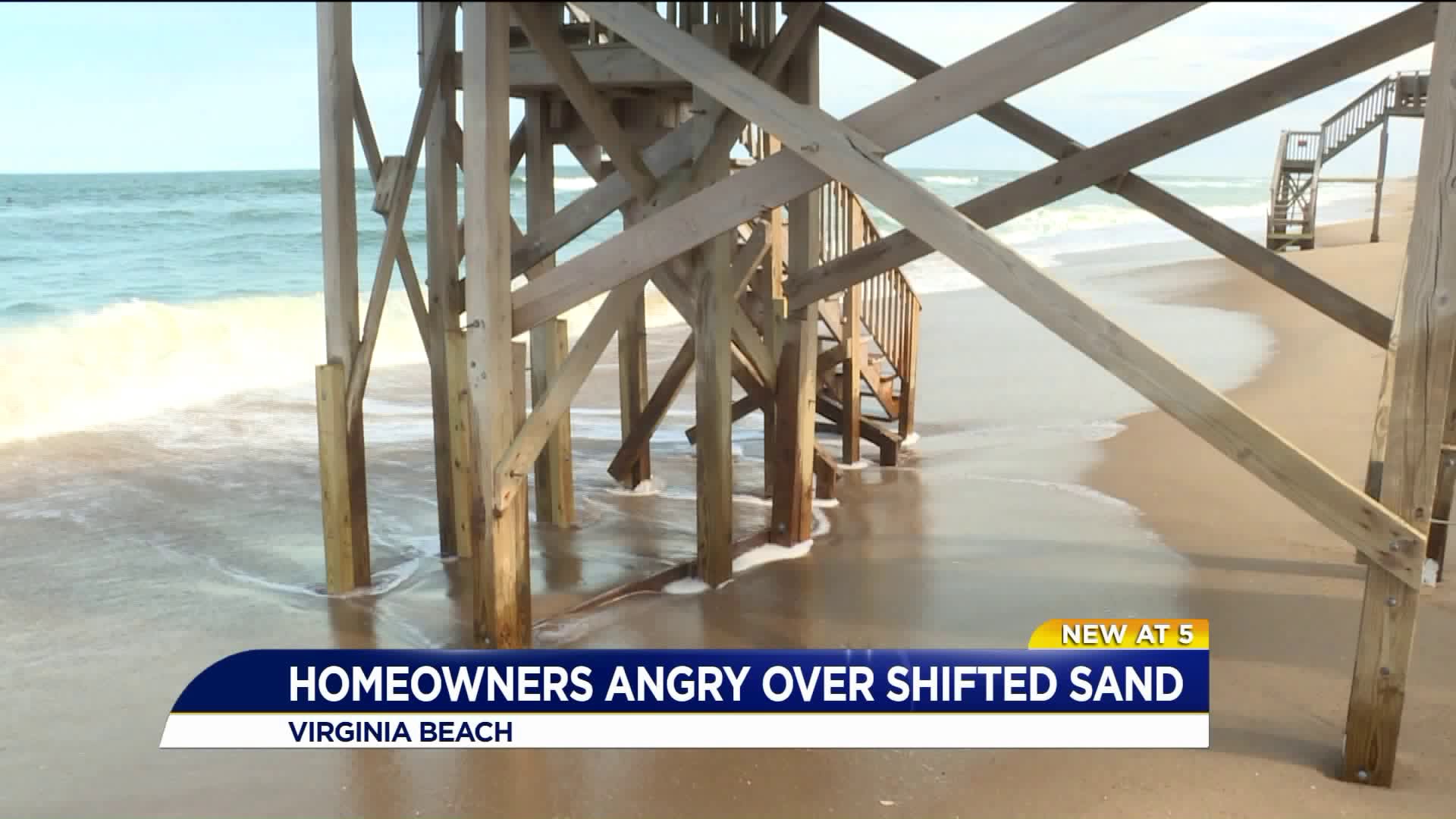 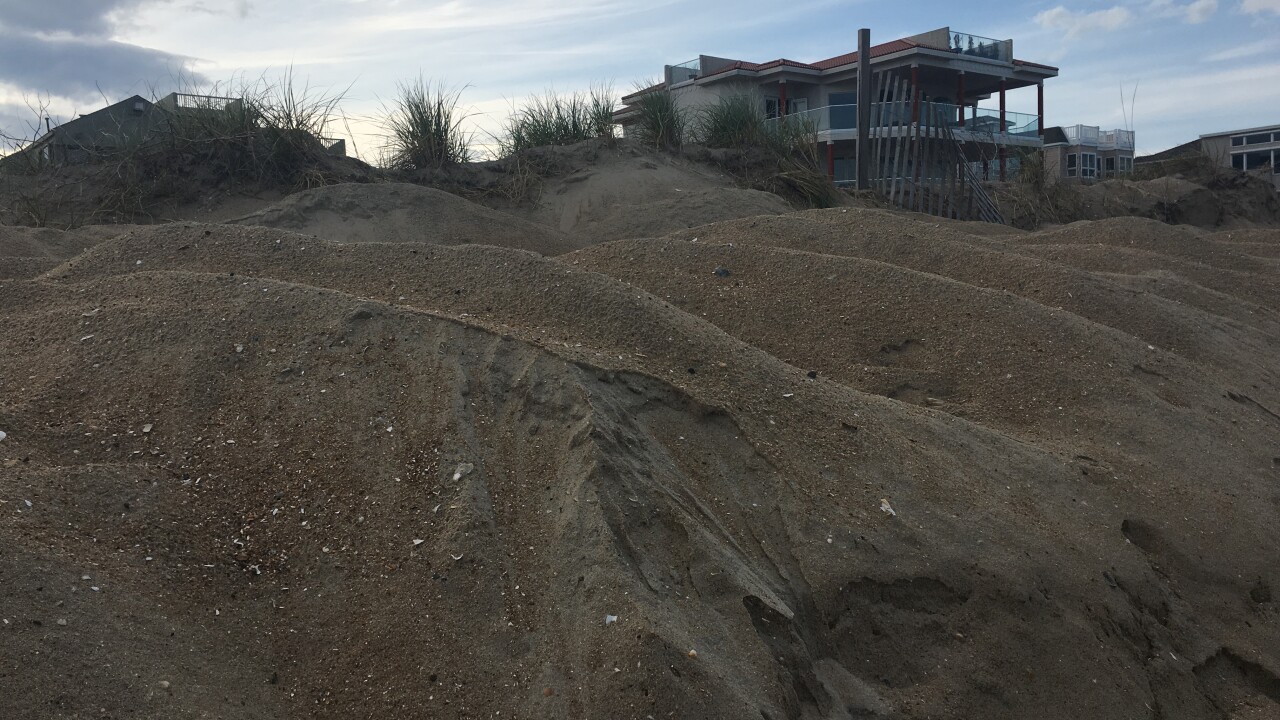 VIRGINIA BEACH, Va. - The ebb and flow of waves kissing the shoreline is a natural occurrence, but people who live on Croatan Beach say the waves are now coming up much closer to their homes than ever before and residents believe it’s partially the city’s fault.

“It’s been eroding year after year, storm after storm and the city puts a band-aid on it by sucking sand off of our beach on the south end trucking it up here and dumping it here, placating us with a small gesture," says Patrick McLaughlin, Virginia Beach homeowner.

The city says they have moved about 3,000 cubic yards of sand, which is the equivalent of thirty dump truck loads of sand that they've collected from the sand trap at the Rudee Inlet jetty. The city says the sand was put on the toe of the sand dunes that had been eroded to the point where some of the residential infrastructure was in danger.

“The city has a permit to do that, but we don’t have a permit at this time to put the sand anywhere else except to shore up the dunes," says Thomas Leahy, Deputy City Manager of Virginia Beach.

But homeowners say the temporary fix is not enough and they want more to be done. They say erosion and constant damages from storms have become such huge problems that five homes along Croatan have already been put up for sale.

“There’s no place to sit at high tide and not only that, the inlet itself is closed off probably 50 percent of the time. Boats cannot get in and out at low tide and it’s costing the marinas money," says McLaughlin.

Some residents say dredging could be a huge help, but the city says they have no plans in doing that.

“There will be no offshore pumping of sand to Croatan because it’s simply not economically feasible," says Leahy.

The city says right now they’re working on a larger beach replenishment project that will put about 130 cubic yards of sand back on Croatan Beach. They say they’re hoping to have those permits in hand by this summer or fall.