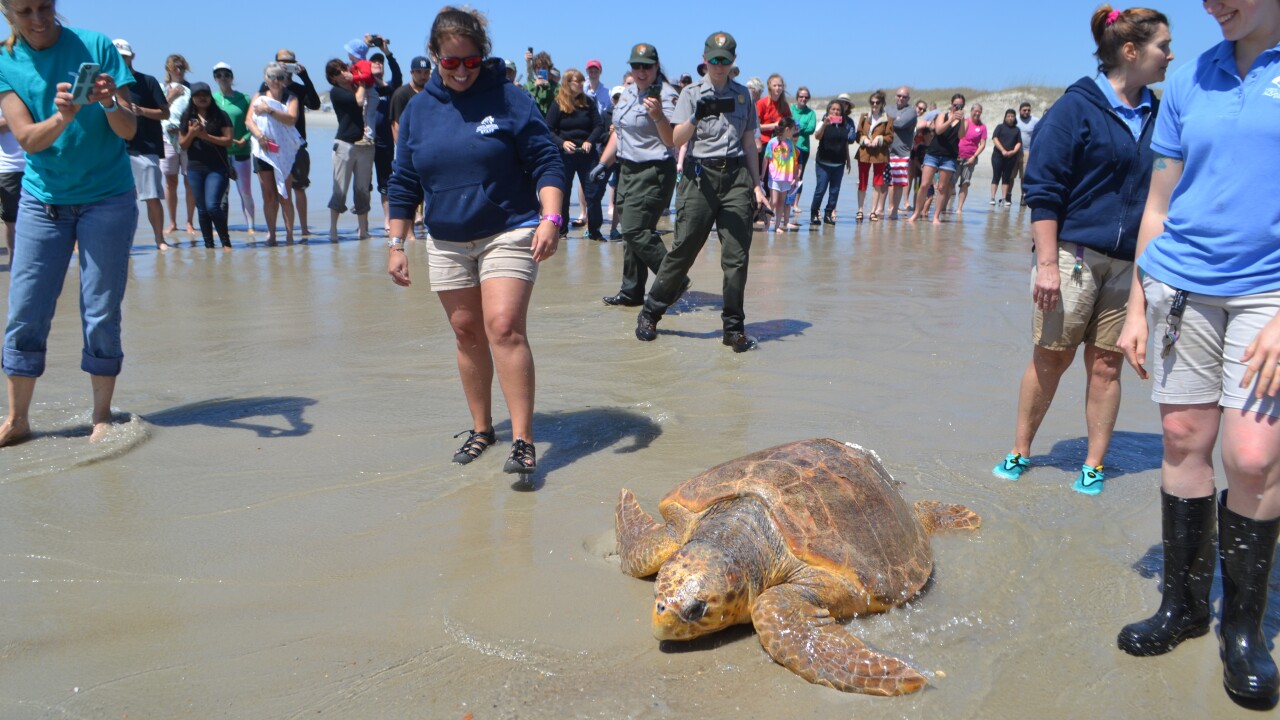 MANTEO, N.C. – Twelve rehabilitated sea turtles were released back into the ocean in the Outer Banks on April 25 before a crowd of 250 well-wishers.

The sea turtles – five loggerheads, four green, and three Kemp’s ridley, were all treated at the Sea Turtle Assistance and Rehabilitation (STAR) Center at the North Carolina Aquarium on Roanoke Island.

All of the turtles, including a 275 lb. loggerhead affectionately named “J. Robert Oppenheimer,” arrived at the aquarium between January and March suffering from cold-stunning.

Aquarium staff and volunteers from the Network for Endangered Sea Turtles (NEST) and biologists from the National Park Service all had a hand in making sure the turtles got safely back to the ocean.

Over the winter season, NEST volunteers recovered, and the STAR Center treated, nearly 200 cold-stunned turtles. Recovery steps can range from warming the turtles and getting them back on a normal diet to treating them for more serious illness or injury, and can take weeks or even months. Turtles are cleared for release by NC Aquarium veterinarians. The NC Aquarium on Roanoke Island performs several sea turtle releases as needed throughout the season.

“Beach releases like these are great because everyone involved with recovering, transporting and treating these turtles gets a chance to be there,” said STAR Center Manager Amber White. “Plus, our community gets to come out and cheer them on.”

Ocracoke Island was chosen for this release because water temperatures on the southern end of the Outer Banks are now above 60 degrees, warmer and more hospitable than waters further north.

“It’s great to see these turtles finally get to go back out,” White said. “You can tell they are ready to go when they start flapping their fins. You put them in the surf and whoosh! They take off.”