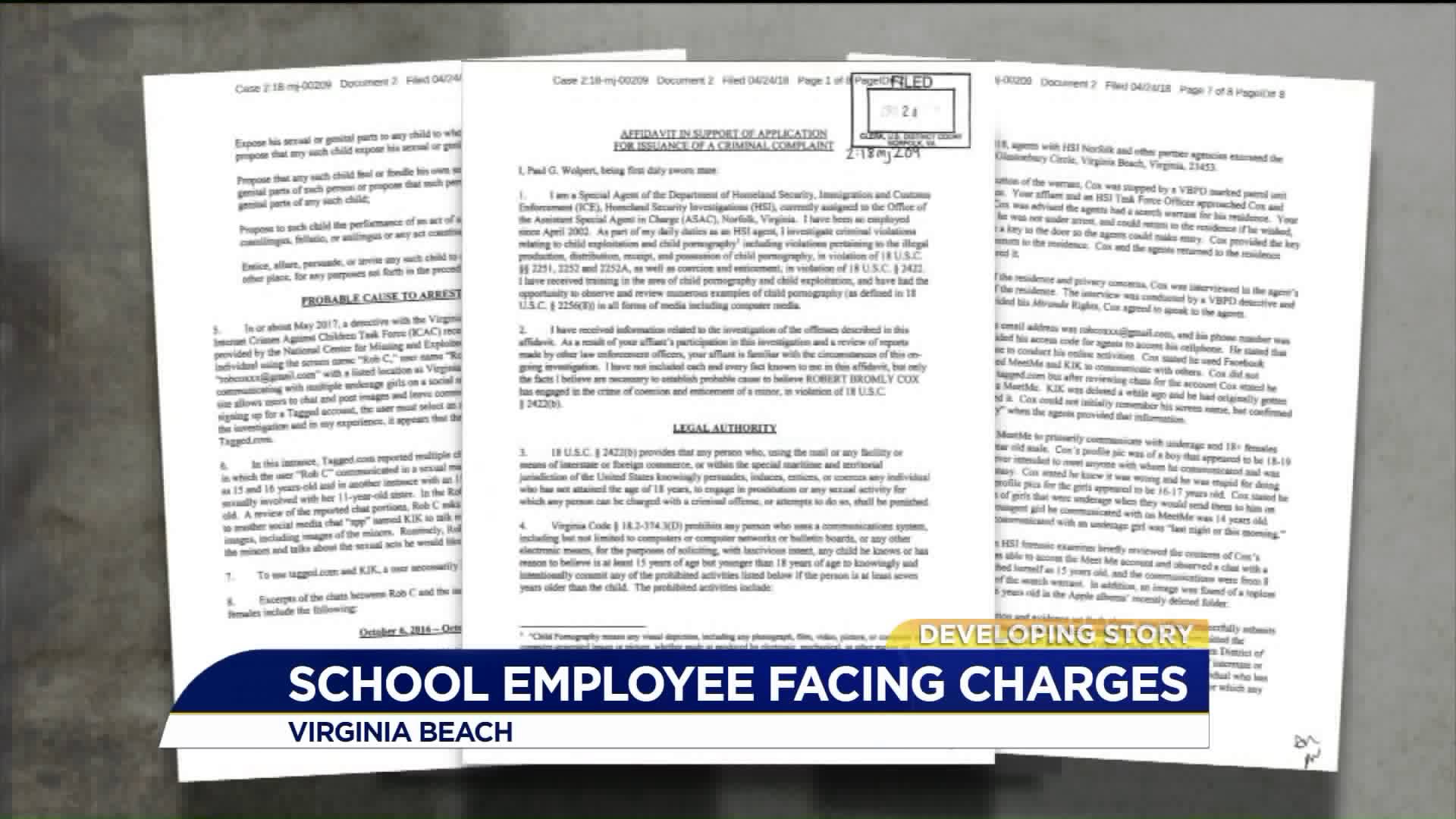 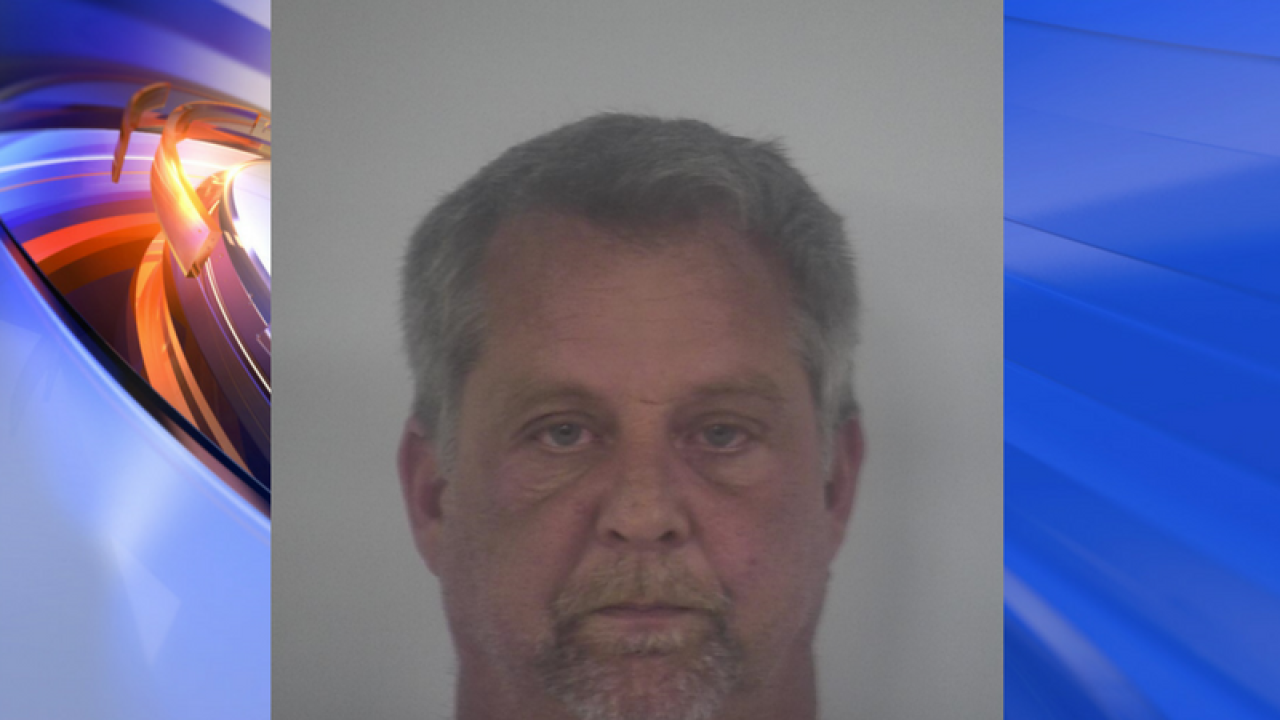 Court documents and Virginia Beach City Public Schools confirmed that Robert Cox worked with the district and at Green Run specifically, and was arrested by law enforcement when they executed a search warrant for his residence on Tuesday.

Cox used Tagged.com, KIK and MeetMe, all messaging apps or websites, to communicate with underage girls while disguising himself as a teenage male.

The 49-year-old was first investigated by law enforcement after the Virginia Beach Police Department's Internet Crimes Against Children Task Force received multiple Cyber Tips provided by the National Center of Missing and Exploited Children (NCMEC) about communication with multiple underage girls on a website called Tagged.com., which is meant for users between the age of 18-99, but officials say is used by those who are underage.

Both local and federal law enforcement investigated the tips through contact with the message site Tagged.com, which verified multiple chats between August and October 2016, in which the user "Rob C" spoke with girls that were 15 to 16-years-old about sexual topics, and with an 18-year-old, who alleged she was sexually involved with her 11-year-old sister.

Through its initial investigation, VBPD issued an administrative subpoena in June 2017 to Verizon Internet Services, an ISP, for information related to an IP address, which would later identify Robert Cox as the customer of the address that messages were sent from.

VBPD also issued additional subpoenas in August 2017 for IP addresses that were used by the Rob C account on Tagged.com, and would later issue an administrative sopeana to KIK in February 2018 for information on the account Surfsexy on its messaging app, which law enforcement believed was connected to Cox.

Law enforcement in a joint effort issued a search warrant on Tuesday for Cox residence at 3019 Glastonbury Circle in Virginia Beach.

Cox allegedly told VBPD and federal agents that he used the sites to communicate with underage women and that he never intended to meet anyone whom he communicated with and was only using the chats for fantasy. Cox stated he knew it was wrong and he was stupid for doing it. He also told law enforcement some of the profile pics for the girls appeared to be 16-17 years old and that the youngest girl he communicated with was 14-years-old on MeetMe.

Cox, under his his profile on MeetMe, posed as a 18 to 19-year-old. He also used pictures of a young male fitting the age description to mask his true look, age and identity. He also received pictures from underage girls as well.

The 49-year-old told officials that the last time he communicated with underage teens was the night before or the morning of when law enforcement issued the search warrant for his home.

Law enforcement forensic examiners found messages sent eight hours before the search warrant was performed, and they also found an image of an underage girl in a recently deleted folder on an Apple Inc. product that Cox owned.

Cox is being held at the Western Tidewater Regional Jail and will appear in Norfolk Magistrate Court at 2 p.m Friday.

Cox is currently on administrative leave, according to Virginia Beach City Public Schools.