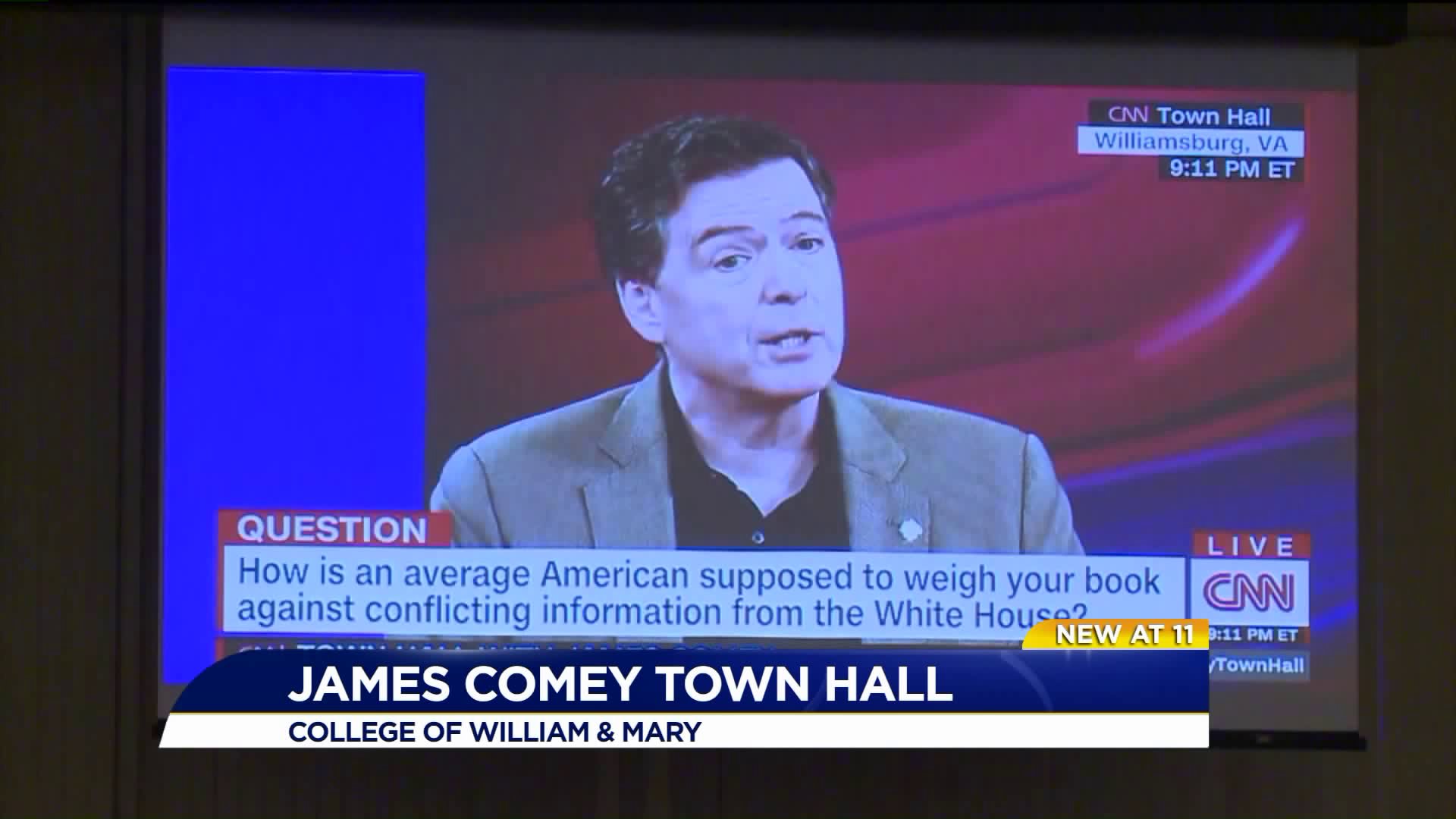 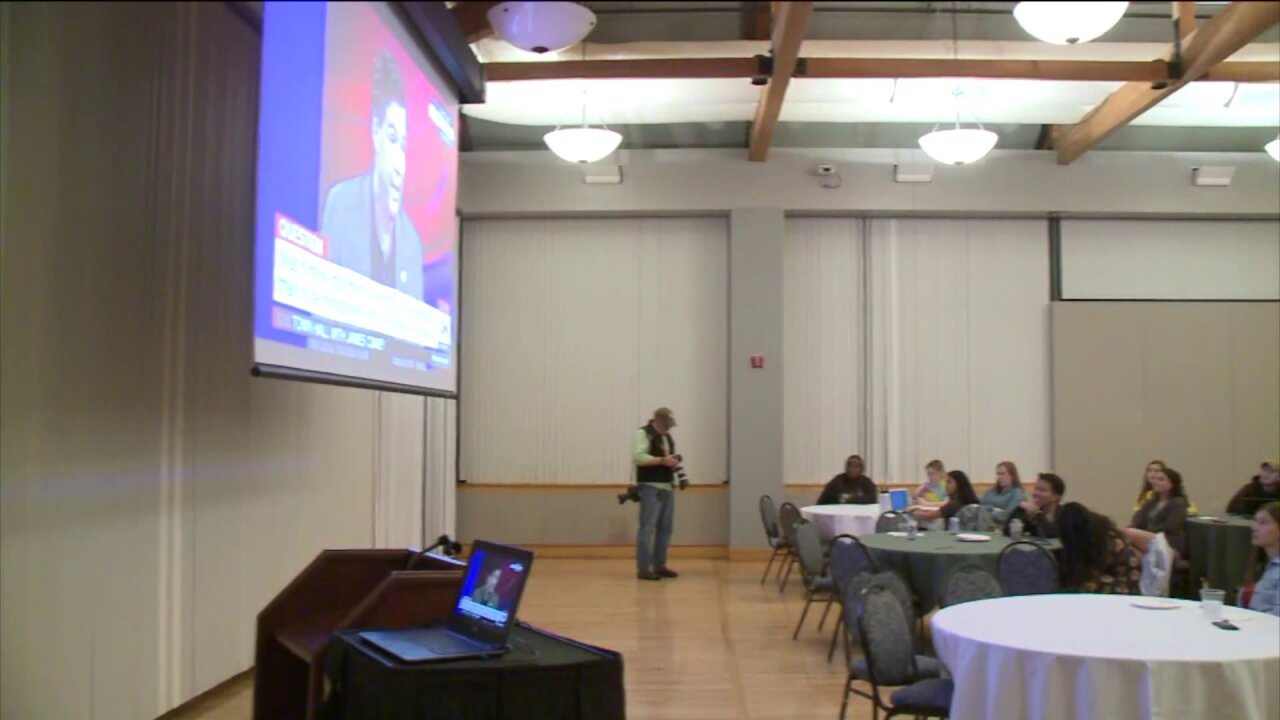 WILLIAMSBURG, Va. - Former FBI director James Comey is in town Wednesday and took questions from students and staff at the College of William and Mary.
It was part of a town hall organized by CNN and the university's student assembly, where Comey is an alum.

While Comey answered questions from Anderson Cooper and their peers just feet away, dozens of students gathered at the Sadler Center to watch on TV.

The former FBI director’s visit caused quite a stir on campus.

“To do what he did takes a lot of courage," said Rahul Truter.

Feet away, dozens of students unable to see the program in person filled a room at the Sadler Center to watch it unfold, their attention broken by periodic laughter.

Freshman Kaley Haller says Comey, who is set to teach an ethics class at William & Mary,  isn’t just a polarizing figure in American politics — he’s causing debate at his alma mater, too.

“There have been a lot of parents that have told my classmates and myself not to take this class. People get really politically involved," she said.But no matter what people think of him, he certainly has their attention.

The course Comey will teach this fall will meet primarily in Washington.