French aviators train alongside their American counterparts in Hampton Roads 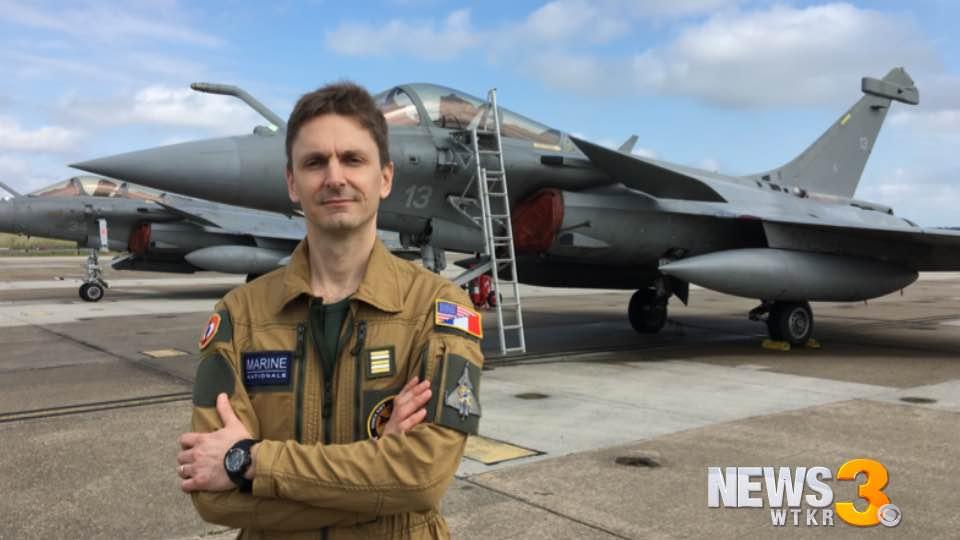 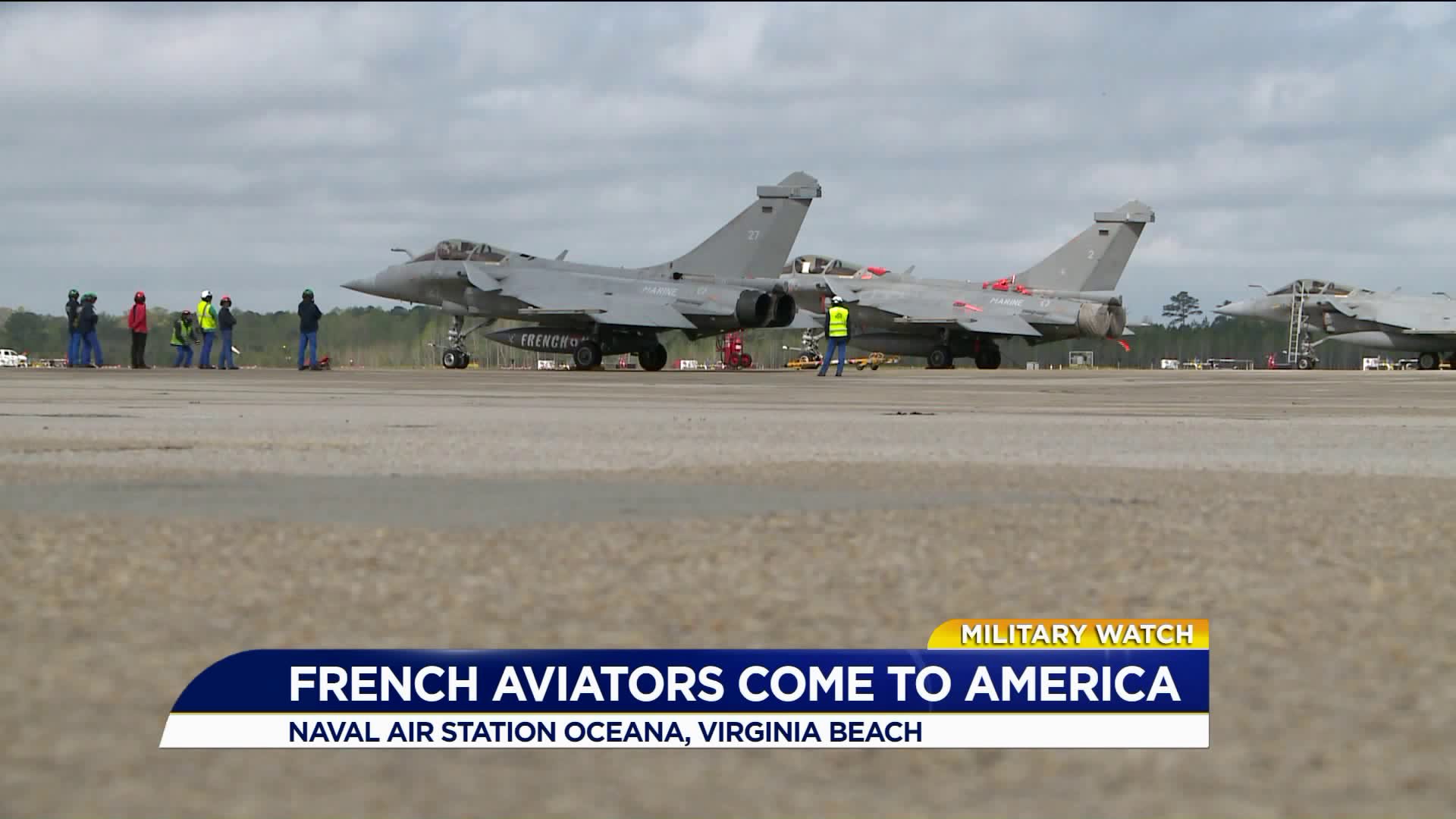 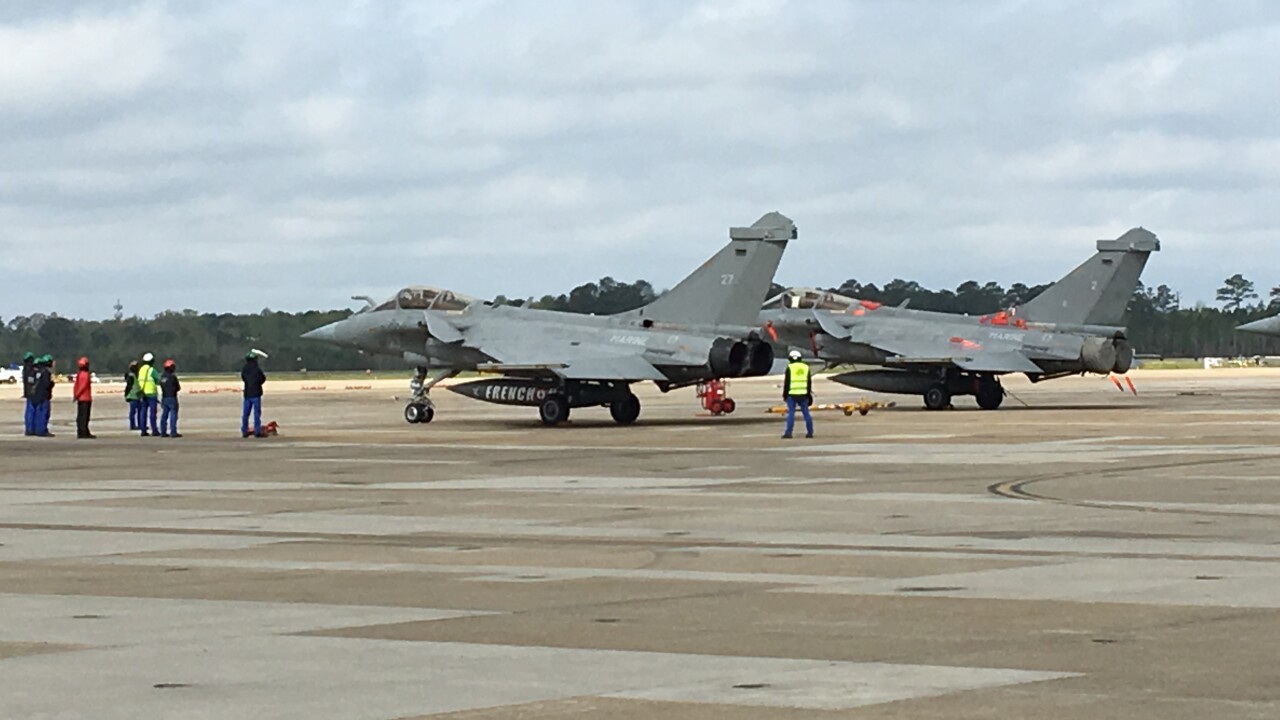 "It allows us to get those reps and sets so that when you get into crisis or combat you have absolute trust with the guys to your left and to your right and you understand their tactics, techniques, their procedures, the way they are going to fight," Captain James McCall, Commanding Officer of Carrier Air Wing 8 told News 3 anchor Todd Corillo on Wednesday.

Following the land-based training, the squadrons will embark on the Norfolk-based USS George H.W. Bush for two weeks of day and night flight operations involving catapult launches and arrested landings.

"We’ve got the same procedures on the ground, air to air missions, air to ground missions, so we have more in common than differences," the Commander of the French air wing told Corillo, asking that his full name not be used for security reasons.

France only has one aircraft carrier, the Charles De Gaulle, and it is currently undergoing a mid-life overhaul.

Both the Charles De Gaulle and the Bush has similar launch and recovery systems.

"We get a chance to talk to their pilots, to hear how they would tackle a problem, and to think through something as well as to go out and work with an aircraft that is very different than our own," Commander Kevin Chlan, Commanding Officer of Strike Fighter Squadron 31 told Corillo.

Carrier Air Wing 8 is hosting the French squadrons during the stay which is scheduled to last until mid-May.