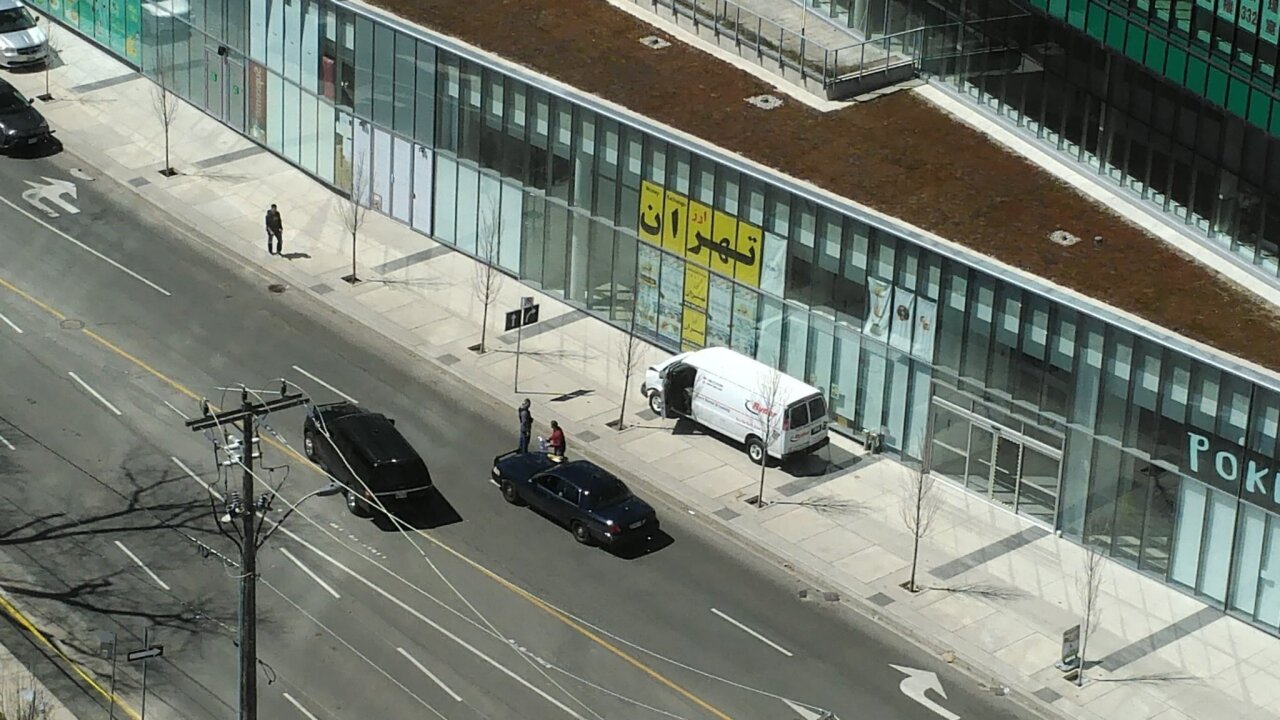 Ten people are dead and 15 are injured after the driver of a van plowed into multiple pedestrians in Toronto on Monday in what appears to be a deliberate act, Toronto Police Chief Mark Saunders said.

Saunders said the suspected driver, Alek Minassian, 25, of Richmond Hill, Ontario, was in custody. Minassian was arrested in a white rental van less than 30 minutes after police received a 911 call, Sauders said.

Minassian was previously known to Toronto authorities, according to a US law enforcement official briefed on the matter. Authorities said Minassian left a trail of destruction nearly a mile long, north of midtown Toronto.

Deputy Chief Peter Yuen said police received calls around 1:30 p.m. that a vehicle was driving on Yonge Street, striking pedestrians. Police said the collisions happened in the North York area at the busy intersection of Yonge Street and Finch Avenue.

Saunders added: “So, it’s very clear just from a general perspective to say that the actions definitely look deliberate.”

At this point, “there would appear to be no national security connection” to the incident, said Ralph Goodale, Canada’s minister of public safety and emergency preparedness.

Cass said the patients suffered a range of injuries, some serious. 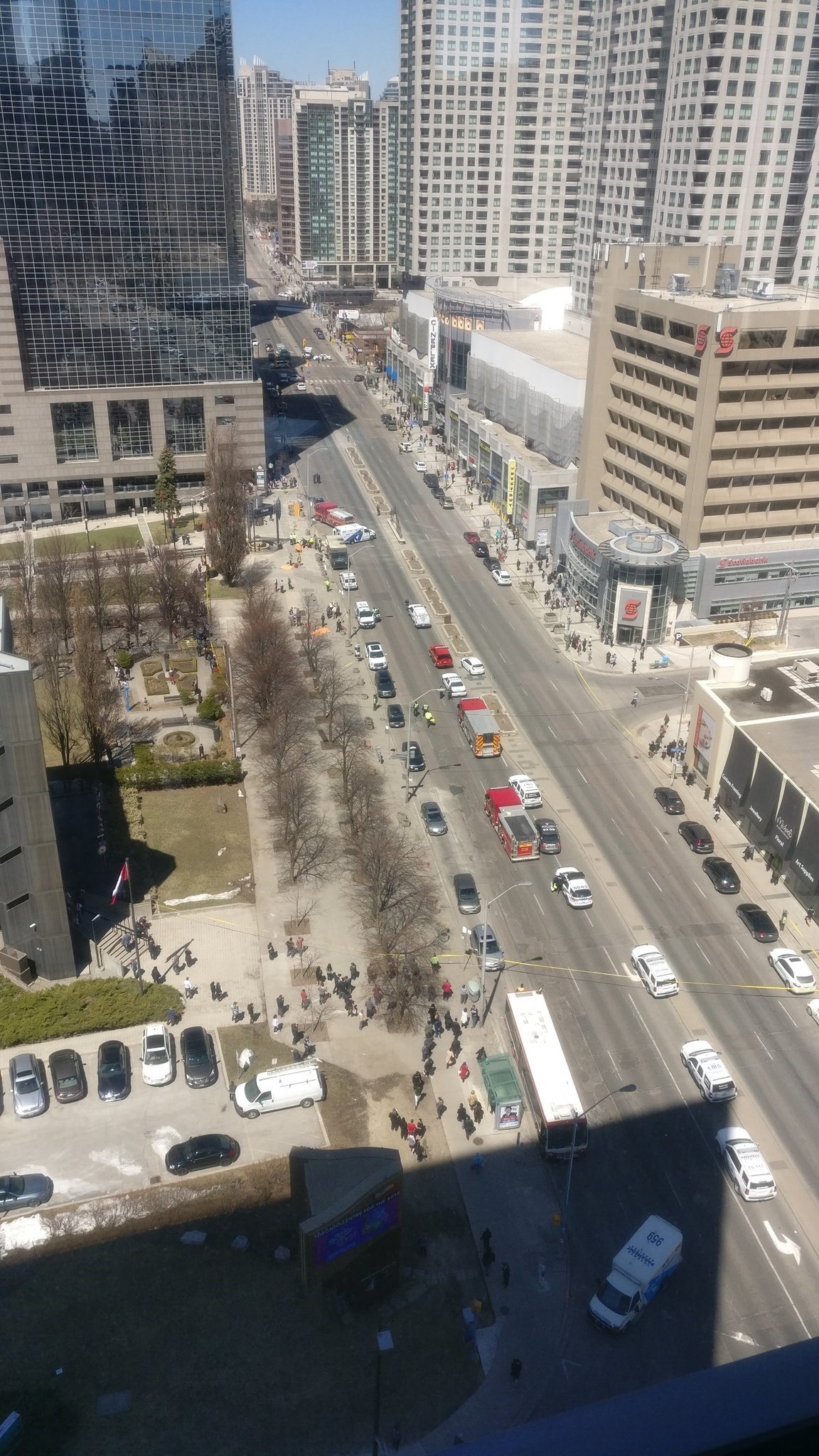 Mayor: Incident is ‘not representative of how we live’

“This is a time when the community should come together,” said Toronto Mayor John Tory, who praised first responders.

Tory said he hopes that Toronto remembers it is a city of inclusion.

“This kind of tragic incident is not representative of how we live or who we are … or anything to do with life in this city on a day-to-day basis,” Tory said.

In recent years, individuals have driven vehicles into crowds of pedestrians in fatal attacks in major cities including Barcelona, New York, London and Nice, France.

Chelsea Luelo, who works at Capriccio Café, saw the incident and said she thought the driver was hitting people intentionally.

“It looked like he was going straight, halfway through the sidewalk,” Luelo said.

Jonathan Mayor, a spokesman for Ryder, said the incident involved one of the company’s rental vans.

“We take the safety and security related to the use of our entire fleet very seriously and we are cooperating fully with authorities,” Mayor said in an email to CNN.

A witness, Raj Irshad, said he saw multiple bodies on the ground.

Irshad works at an Esso gas station about a block from where the van is reported to have driven onto the sidewalk. He said he did not see the initial collision but saw the aftermath. He also saw multiple emergency vehicles in front of his gas station.

One witness told CNN network partner CTV that he was out for a cigarette when he saw the van hit a man walking through the intersection.

“And then, just pandemonium broke loose, just everyone was going crazy,” he said. The vehicle was going 60 to 70 kph, he estimated.

One witness, who was driving at the time, said he at first thought the driver was having a heart attack until he saw the white van speeding and striking people on the sidewalk.

“He’s just hitting people one by one, going down,” the witness said. “It’s a nightmare.”

Bersat Noorai, the manager of Taftan Kebab, said he saw the white van hit the bench in front of his restaurant. He then ran outside and saw two or three people on the ground.

One man, who appeared to be in his early 20s, was losing a lot of blood, and Noorai said he brought him a towel and water and called 911.

‘She’s face down on the concrete’

Another witness, Christian Ali, said he came onto the scene and saw bodies and evidence of the destruction.

He first saw a man unconscious at the side of the road and figured it was a terrible accident after also noticing debris from a car.

“Two blocks over, I saw another gentleman unconscious in the middle of the road and a policeman leaning over him holding his neck,” Ali said.

About a block up, he saw a woman who looked like she had died.

“She’s face down on the concrete, a lot of fluid coming out of her head,” Ali said.

“About 20 seconds after that, I came upon a crowd of about 30 people … probably about five people on the ground, bleeding,” he said, adding that pedestrians were performing CPR.

After learning about the incident, Canadian Prime Minister Justin Trudeau said: “Our hearts go out to anyone affected. We’re obviously going to have more to learn and more to say in the coming hours.”

Canadian sports teams showed their support for victims in a multitude of ways.

The Toronto Maple Leafs held a moment of silence before their Stanley Cup Playoff game against the Boston Bruins. After the moment of silence, Martina Ortiz-Luis, who sang the Canadian national anthem, allowed the crowd to sing along.

“Prayers for Toronto,” Marcus Stroman, a pitcher for the Toronto Blue Jays, wrote on social media.