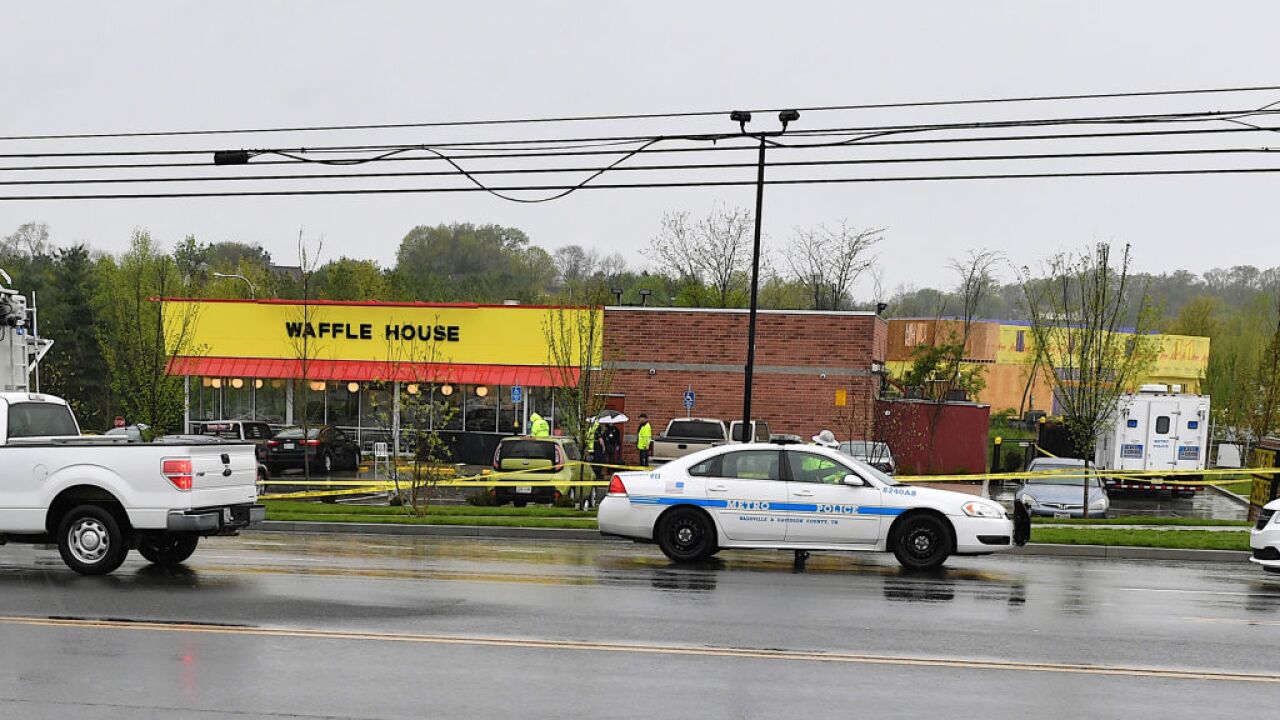 NASHVILLE, TN – APRIL 22: Law enforcement investigate the scene outside a Waffle House where four people were killed and two were wounded after a gunman opened fire with an assault weapon on April 22, 2018 in Nashville, Tennessee. Travis Reinking, 29, of Morton, IL, is person of interest in the shooting and is suspected to have left the scene naked. (Photo by Jason Davis/Getty Images)

The man suspected of killing four people at a Waffle House in Nashville on Sunday was previously arrested by the US Secret Service for trespassing and being in a restricted area near the White House, authorities said.

In July 2017, Travis Reinking was charged with unlawful entry after crossing an exterior security barrier near the White House, the Secret Service said in a statement. Shortly after his release, Reinking was interviewed by the FBI in Illinois, where he lived at the time.

Shortly after the interview, authorities revoked Reinking’s firearm authorization and seized four weapons. One of those weapons was the AR-15 used in Sunday’s Waffle House shooting, which killed four people, according to the Metropolitan Nashville Police.

Police later returned the seized weapons to Reinking’s father, who gave them back to his son, police said.

Reinking moved to Nashville in 2017 and worked in construction, police said. He had been fired from one job in April and began another construction job on Monday, but didn’t show up for work Tuesday.

On Sunday, police said a gunman arrived at Waffle House in a vehicle registered to Reinking. After sitting in the truck for a few minutes, the gunman came out wielding an “assault-type rifle” and fatally shot two people outside the Waffle House, police said.

The shooting ended when a patron was able to wrestle the weapon away from the gunman, who then ran away.

Authorities said Sunday that they were drafting murder warrants against Reinking. Nashville police are asking residents to lock their doors and stay alert as they continue to search for the gunman.

The motive for the shooting remains unclear.