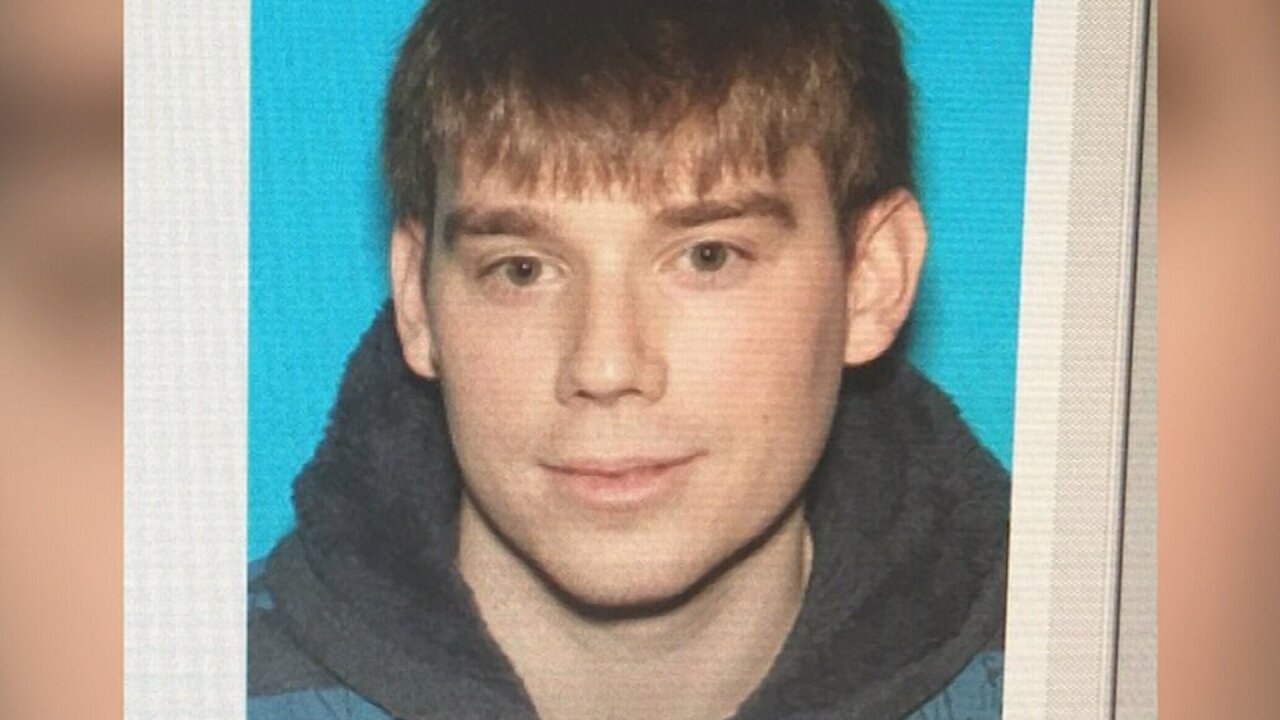 Travis Reinking, 29, is a person of interest in a shooting at a Tennessee Waffle House on April 22, 2018.

Police warn that a gunman accused of killing four people early Sunday at a Waffle House near Nashville is on the run and is armed and dangerous.

Authorities suspect that 29-year-old Travis Reinking, who recently moved to the Nashville, Tennessee, area, may have two weapons on him — a rifle and a hand gun. The Tennessee Bureau of Investigation added Reinking to its “Top 10 Most Wanted” list, according to authorities.

Police swarmed homes and swaths of woods in the area of the shooting, searching for the suspect, who authorities believe may be close by. After Reinking fled the scene of the shooting completely naked, police believe he went to his apartment, put on a pair of pants and escaped into the woods.

Reinking arrived at the Waffle House in Antioch, southeast of Nashville at 3:19 a.m., wearing nothing but a green jacket, Metro Nashville Police spokesman Don Aaron said.

The suspected gunman sat in his pickup truck for 3 1/2 to 4 minutes “just looking at people inside the restaurant,” Aaron said. Reinking got out of his pickup, wielding an “assault-type rifle,” and fatally shot two people outside the Waffle House, police said.

“He then went inside the restaurant (and) continued firing,” Aaron said. He said police responded to an active shooter call at 3:25 a.m.

Some witnesses suffered cuts on their faces from shattered windows. Two more victims inside the restaurant were fatally shot.

Chuck Cordero, who was on a break from his job as a 24/7 roadside serviceman, was about to walk in to the restaurant when the shooting took place.

“I was very lucky — where I usually sit, one woman was killed and another was shot,” he told CNN. “I was very fortunate to have not gone into the Waffle House and sat in my car.”

“My friend ‘T,’ the cook at Waffle House, died trying to get away,” Cordero said.

Reinking fatally shot Waffle House employee Taurean C. Sanderlin, 29, of Goodlettsville, Tennessee and Joe R. Perez, 20, of Nashville outside of the restaurant, police said. Akilah Dasilva, 23, of Antioch, who was shot inside, later died at Vanderbilt University Medical Center, according to authorities.

The identity of a fourth person who was fatally wounded in the restaurant, a 21 year-old woman from Gallatin, Tennessee, has not been released.

Shanita Waggoner, 21, of Nashville, and Sharita Henderson, 24, of Antioch, were injured and are being treated at Vanderbilt.

“This morning, our city woke up to tragic news,” Nashville Mayor David Briley said. “The fragility of life was brought home to us all by the death of four innocent Nashvillians.”

The carnage stopped only because of the heroics of a customer who heard the gunshots and hid near the restaurant’s bathrooms.

Police said the customer, identified by a relative as James Shaw Jr., monitored the gunman’s moves from afar and jumped into action when he saw an opportunity.

“He is the hero here, and no doubt he saved many lives by wrestling the gun away and then tossing it over the counter, and prompting the man to leave,” he added.

Police said Reinking shed his jacket and fled on foot.

Later Sunday morning, he apparently “clothed himself with a pair of pants,” Aaron said.

“A man believed to be Travis Reinking was last seen in a wood line near Discovery at Mountain View Apts. on Mountain Springs Drive near the Waffle House,” police tweeted. “The man was seen wearing black pants and no shirt.”

A police helicopter and a police dog tried to track the suspect after the shooting, but the dogs lost the scent, police said.

Authorities recovered Reinking’s jacket nearby, which had two magazines of ammunition for an AR-15 style rifle, according to Aaron.

“He clearly came armed with a lot of firepower, intending to devastate the south Nashville area,” Aaron said.

Suspect was once arrested near White House

On July 7, 2017, the United States Secret Service arrested Reinking for unlawful entry after he crossed an exterior security barrier near the White House, said Todd Hudson, the special agent in charge of the Secret Service’s Nashville field office.

Authorities in Tazewell County, Illinois, and the FBI interviewed Reinking, Aaron said. At the FBI’s request, Reinking’s Illinois firearms authorization was revoked, and four weapons — including the AR-15 style rifle used in the Sunday’s shooting — were seized, Aaron said.

Tazewell County Sheriff Robert Huston said the firearms were originally seized in August from a construction business that authorities believe is family owned.

At some point, the guns were given to Reinking’s father, Jeffrey, with the understanding the father would secure the weapons and not return them to Travis, Huston said.

Reinking’s father could possess the weapons under state law because he had a valid state firearms owner identification card, the sheriff said.

Huston said the officers did not believe they had any legal authority to withhold the weapons.

Reinking’s father acknowledged that he had given the guns back to this son, Aaron said.

Authorities so far have recovered two weapons, including one found Sunday at Reinking’s one-bedroom apartment, authorities said. But they are concerned he may have the two other weapons that were not found in his home.

“At this point, the young man could be anywhere, and whether he may try to return home is a distinct possibility,” Huston said. “So our officers are definitely on alert.”

Anderson said he doesn’t know of any Tennessee law that Reinking would have violated by having the weapons in that state.

“We were not aware of him. He had not created any incident that brought him to our attention,” Anderson added.

Reinking is believed to have moved to the Nashville area last fall. He worked in construction and was fired from a job about three weeks ago, Aaron said.

The suspect started with another construction company last Monday but did not show up for work the next day, Aaron said.

Waffle House, which has more than 1,500 locations across the country, offered its condolences.

“We ask for everyone to keep the victims and their families in their thoughts and prayers,” the restaurant chain tweeted.

“It’s a very sad day indeed for our Waffle House family of associates and customers who are impacted by this tragedy today,” said Waffle House CEO Walt Ehmer.