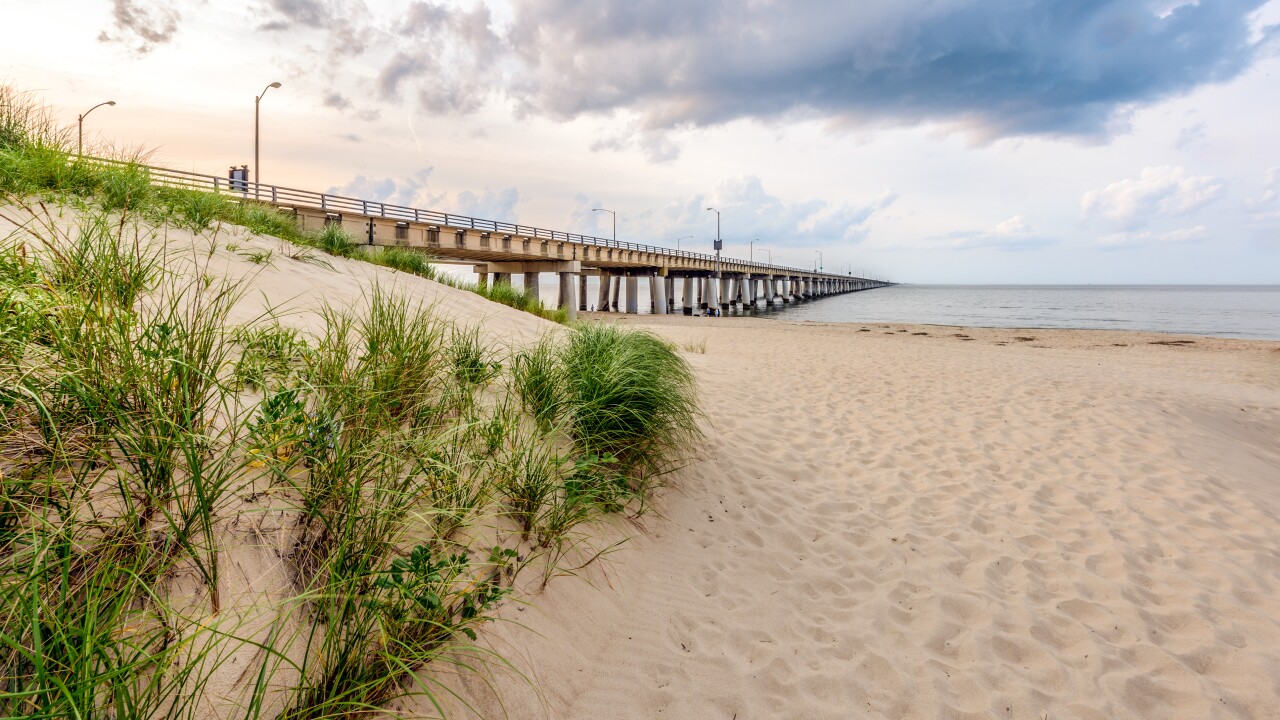 A view of the Chesapeake Bay Bridge from the beach at Chic’s Beach, Virginia Beach, Va.

The Virginia Department of Public Works confirmed the work in an email, and said that the work could start as soon as April 26 and last up to two weeks.

The restoration will be done by the Great Lakes Dredge & Dock Co. LLC., and Public Works said that sand fencing of the dunes (Bayfront side) will follow at the end of the project.

The agency said that up to 1000 feet sections of the beach will be temporarily restricted at the immediate work area including public beach accesses.

In some areas, stairways will be covered in beach fill, as a result, for those property owners that have any of the following stairway features: 1. Moveable stairways – raise removable stairways 2. Stairway gates – remove 3. Fixed stairways – can remain in-place and filled around