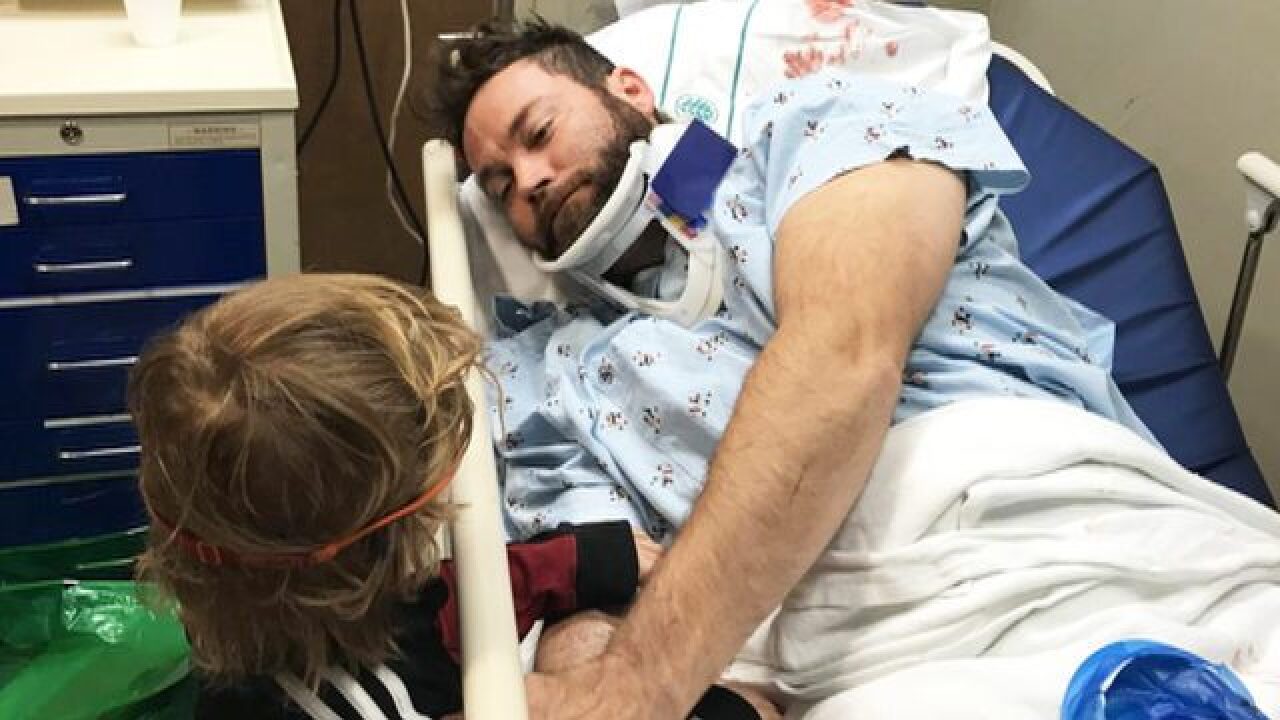 CHARLOTTE, N.C. — A father is still recovering in the hospital days after he and his young son were run over by a teenager in the parking lot of a popular south Charlotte shopping center, WSOC reports.

According to a police report, the teen stole a 24-pack of Bud Light from the Harris Teeter in the Blakeney Village shopping center on Rea Road Tuesday evening and ran out of the store.

The thief jumped into a waiting car, which sped away and collided with 41-year-old Nathan Green and his 4-year-old son, knocking them both to the ground.

Green suffered multiple skull fractures, and the boy had a deep gash on his head. Both were hospitalized at Carolinas Medical Center, where Green continues to recover.

No arrests have been made.