Mueller team says it has not gone rogue 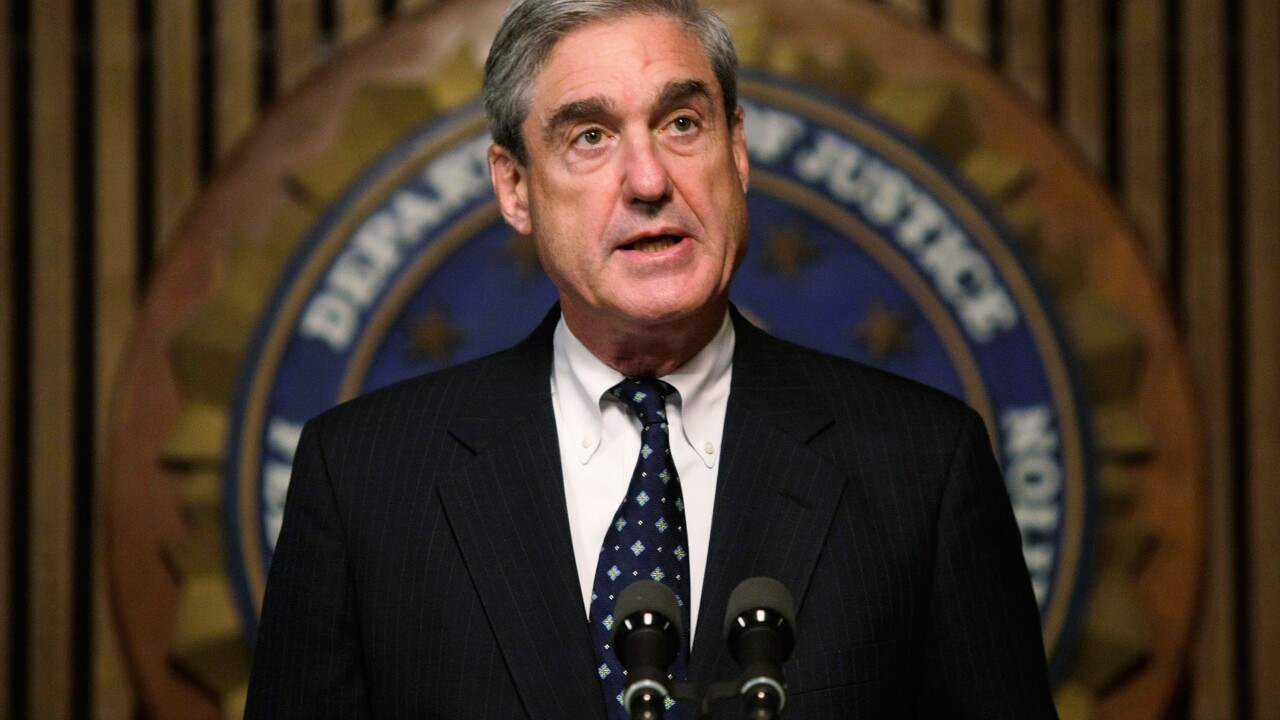 Deputy Attorney General Rod Rosenstein discussed with special counsel Robert Mueller what prosecutors should pursue in the Russia probe as early as last May, when Mueller was first appointed, the special counsel’s office said Thursday.

At a court hearing, Justice Department attorney Michael Dreeben said Rosenstein discussed specific legs of the investigation with Mueller months before he wrote a classified memo in August that outlined Mueller’s directive.

Dreeben argued that the Justice Department shouldn’t have to produce documentation of those early talks about the investigation’s scope that occurred before Rosenstein’s August 2 memo. Rosenstein has been overseeing Mueller’s investigation following the recusal of Attorney General Jeff Sessions.

While Rosenstein and Mueller’s communication about the Russia probe may help the special counsel’s office defend its criminal case against former Trump campaign chairman Paul Manafort, Mueller’s team is also indirectly pushing back against the President and Republicans’ assertions that the investigation is rogue and corrupt.

“We have an alive and awake acting attorney general who’s looking at this investigation, [and] knows what’s going on,” Dreeben said.

Manafort has alleged in court that Mueller’s office overstepped its authority by charging him with crimes related to his work before the 2016 campaign. His attorney also demanded they see records of Rosenstein and Mueller’s discussions before August.

“We’re all sitting here guessing what happened. There has to be a record,” Manafort’s attorney, Kevin Downing, said Thursday.

Mueller’s appointment unfolded in May with a public notice from Rosenstein, directing the special counsel to investigate links between the Russian government and the campaign and other matters that arose from the investigation. The August memo, which was unveiled earlier this month and gets into more specifics, was “reflective of decisions that had already been made,” Dreeben said.

Rosenstein’s August 2 memo gives Mueller the green light to investigate Manafort for his lobbying work in Ukraine, years before the campaign. It also outlines several other still-undisclosed allegations that Mueller could investigate and says Mueller could look into allegations that Manafort colluded with Russians during the campaign. Manafort has pleaded not guilty to the foreign lobbying and financial charges. He has not been charged with crimes related to Russian collusion.

Downing said, “We’re in a worse place than we were with” previous special investigations that appeared to wander outside their initial purposes.

Judge Amy Berman Jackson of the US District Court for the District of Columbia, countered that it’s unlikely the Justice Department fully knew what Mueller should pursue when he was first appointed.

“As good as he is, I don’t think the deputy attorney general could see into the future,” she said.

Investigators shouldn’t have to “start with the conclusion” that crimes were committed, she added. Instead, prosecutors could follow the question of whether Manafort had links to Russians. That work, even if it didn’t connect directly to Manafort’s time on the campaign, would be essential to any criminal investigation, she said, and Dreeben later echoed her.

Manafort is also challenging the special counsel’s office’s decision to charge him with both lying to federal authorities and failing to register as a foreign lobbyist and the decision to charge him with a conspiracy money laundering count because of his failure to register his work with federal authorities. Mueller’s prosecutors have pushed back on both arguments on technical legal grounds. If Manafort were to convince the judge to dismiss the money laundering allegation, assets that the government locked down following his indictment in October would become available to him.