Would you pay $1.1M for this derelict Sydney house? 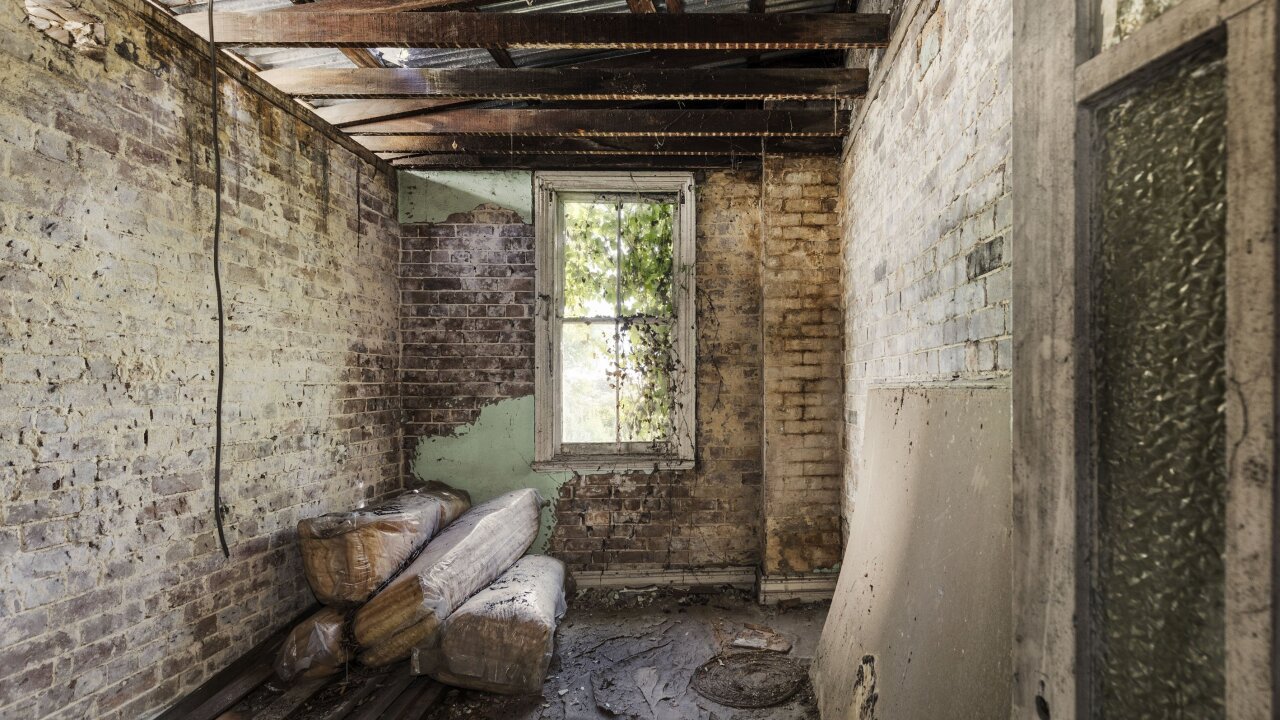 A crumbling property in Sydney has raised eyebrows after it sold for an incredible $1.1 million.

A derelict home in inner city Sydney sold for an incredible $1.1 million this month, illustrating why frustrated potential home buyers feel locked out of the city’s property market.

The hefty price paid for the crumbling period property, which requires a full renovation, in the suburb of Stanmore, is part of a long-term trend of rocketing house prices in Australia’s largest city.

“Over the past five years, there have been a number of reports of ridiculous prices for properties you can’t really live in,” Cameron Kusher, senior research analyst at property data firm CoreLogic, told CNN.

A dilapidated home in Sydney’s bohemian Newton neighborhood sold last month for $1.1 million Australian dollars ($816,435). The property was so derelict auction attendees were asked to sign a waiver before entering.

Although Sydney’s market has recently shown signs of cooling, with price growth stalling to a 15-month low (of 0.5%) due to there being fewer investors and an increase in housing supply, the long-term view remains staggering.

The seller, an elderly man living in an assisted living facility, was reportedly in tears of disbelief at the auction this month.

“He was expecting to get hundreds of thousands dollars less,” said Chris Nunn, the selling agent at BresicWhitney.

On April 14, auctioneer Clarence White explained that “recent form on the street” suggested that a “well-renovated home” in this location would be worth upwards of two million Australian dollars ($1.5 million).

“The feedback we had throughout the advertising campaign was that, from a commercial point of view, it wouldn’t be profitable to pay more than a million for it and do a renovation,” said Nunn. “But those same people who gave that feedback came to the auction and bid against each other at a higher level.”

The four-bedroom property, which occupies a 167-square-meter plot, is located 5.5 kilometers from Sydney’s Central Business District, minutes from a train station and within easy reach of various highways.

The buyer, a builder who grew up in Stanmore, said he purchased the property for his daughter.

Why is Sydney so hot?

Kusher attributed Sydney’s rising property prices to a variety of factors. “Overseas investment has really picked up over the last few years in Melbourne and Sydney,” he said.

About a quarter of new homes sold in New South Wales (NSW) — the Australian state that is home to Sydney — were purchased by foreign buyers between September 2016 and June 2017, according to freedom of information requests submitted by financial services company Credit Suisse, ABC News reported. Non-resident non-citizens are prohibited from buying existing dwellings.

Chinese nationals accounted for 87% of all new property purchased by foreign buyers, with New Zealanders trailing behind in second place at 1.6%.

But rising house prices weren’t just down to foreign investors inflating the market, Kusher said. “The share market hasn’t been doing well and interest rates are low, so domestic investors have largely targeted Melbourne and Sydney because they have seen strong capital growth.”

Sydney has the world’s second most-expensive housing market behind Hong Kong, according to a report by Australian digital property portal Domain. Even the median property price in New York City, at $586,400, is more affordable than Sydney’s, at $829,179 Australian dollars ($626,600), according to the report.

Earlier this month, the Greater Sydney Commission, a government agency responsible for land use, announced an ambitious plan to split Sydney into three cities.

The radical “Greater Sydney Region Plan: A Metropolis of Three Cities” plan aims to tackle problems such as major population growth, sky-high housing prices and increasingly congested commutes, by encouraging residents to live further away from Sydney’s popular eastern side, which is home to landmarks such as Bondi Beach and the Sydney Opera House.

The plan could take effect in as little as 20 years’ time.

For some, that isn’t soon enough.

Author and university teacher Carla Francis said she and her husband are leaving Sydney for Cairns, in Queensland, this month. They will rent out their one-bedroom property in the inner west, near Stanmore, to become renters in Cairns.

“The city feels angrier because people are being stretched financially and you can feel a tension that wasn’t there 10 years ago,” she said. “I imagine my lifestyle will be much better in Cairns.”

However, she said she wouldn’t consider buying property in Queensland.

“There are properties in Cairns that have been listed for a year and still haven’t sold. My friends have told to me to hold onto my Sydney property, because even if the market stagnates it will still be more valuable than a home in Queensland.”