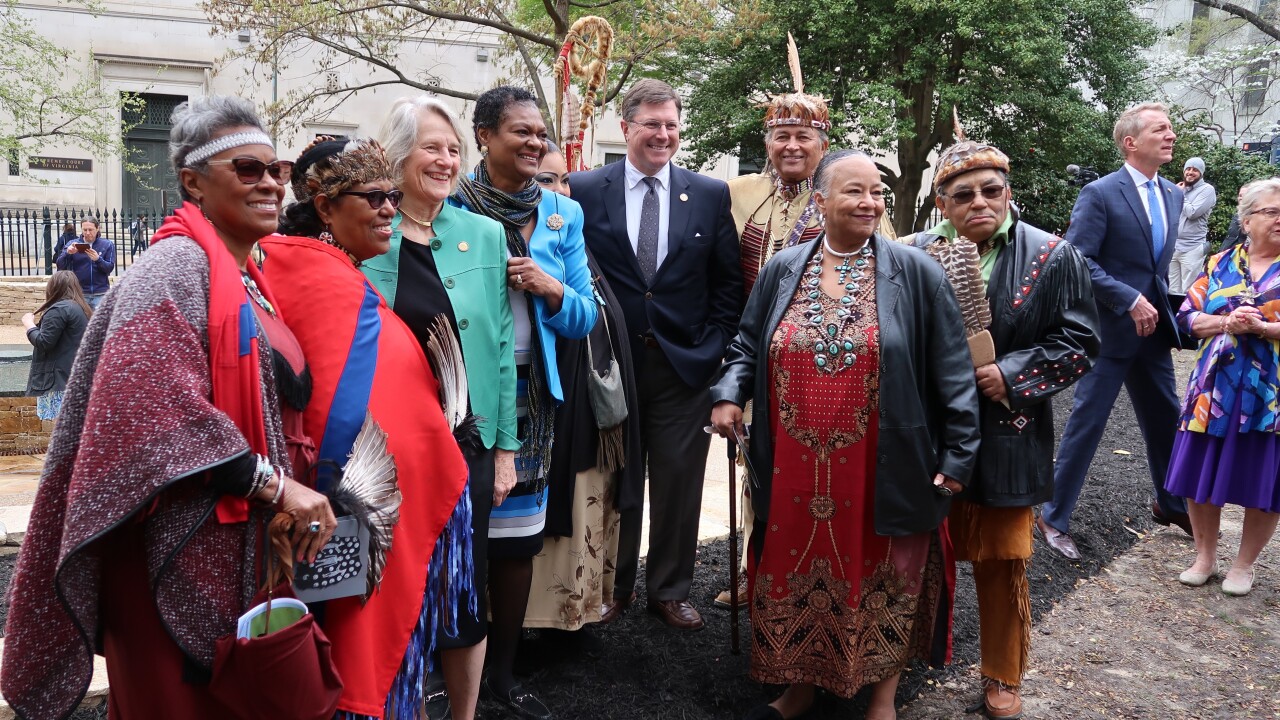 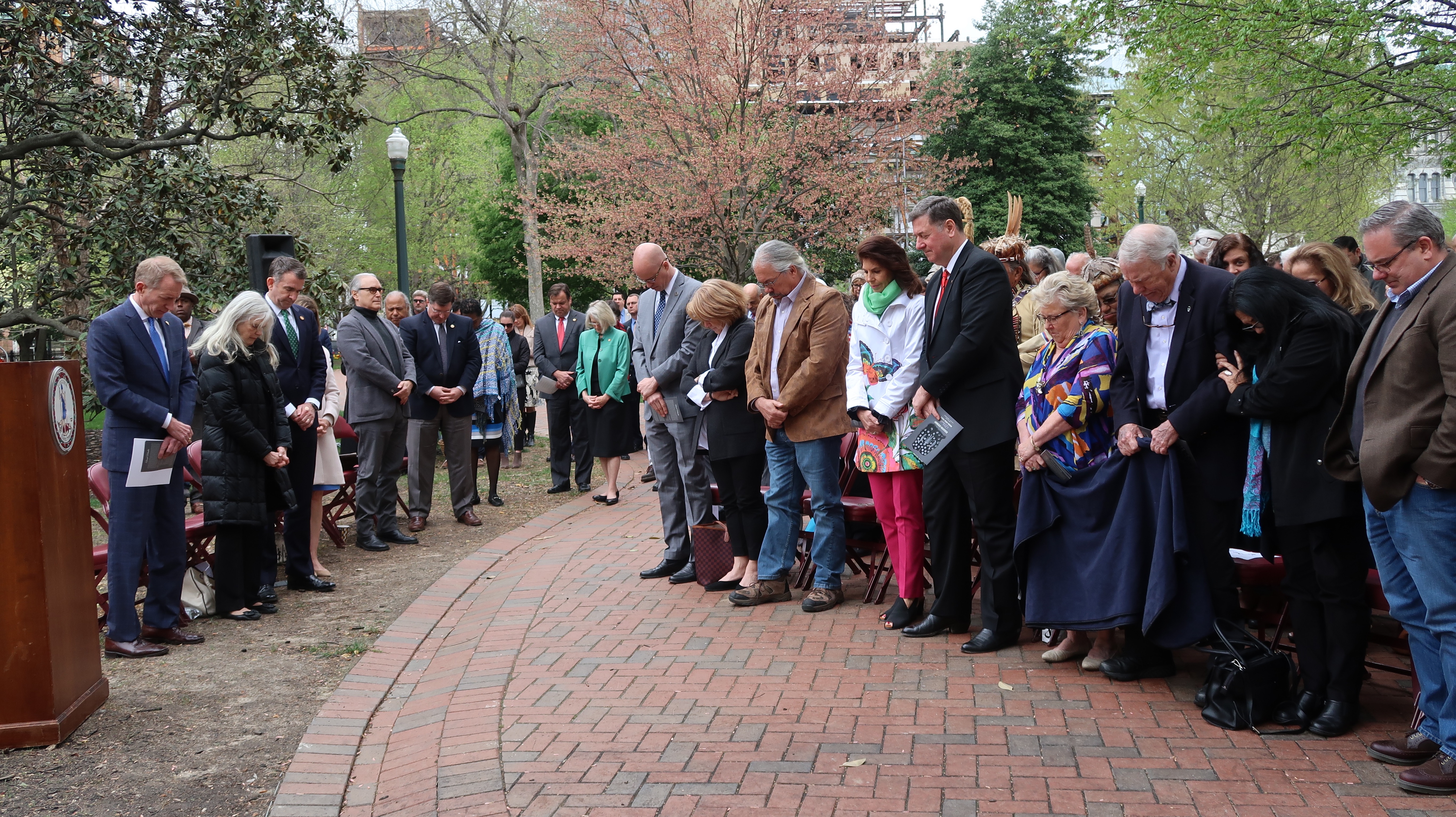 Tuesday’s ribbon-cutting celebrated the culture, contributions and significance of Native Americans. Many of the attendees dressed in traditional Indian garments, and each speaker passed to the next an eagle’s feather conveying strength, courage and wisdom.

“It’s apt, I think, that we gather here on Capitol Square – in many ways the very heart of our commonwealth’s diverse, vibrant and engaging civic life – to show our respect, to show our gratitude and to show our abiding admiration for native peoples who have lived in this land for thousands of years,” said Paul Nardo, clerk of the House of Delegates and a member of the commission.

Members of the community joined in celebrating the completion of “Mantle,” for which ground was broken last summer.

“Virginia Indian history goes back thousands of years before those settlers stepped ashore,” Northam said. “For the first time, we will recognize the courage and resilience of Virginia Indians on the same sacred ground where we write the history of tomorrow.”

The governor said the monument was a “long-overdue acknowledgment.”

“My hope is that progress, and the completion of this monument, will begin our journey toward healing,” Northam said. “We also celebrate the accomplishments of future generations who trace their ancestors to Virginia’s native tribes.”

At the ceremony, Frances Broaddus-Crutchfield, a commission member, read a poem she had written, also titled “Mantle.” During the reading, she played an Indian drum to symbolize “the heartbeat of the first Americans.”

The poem described the symbolism of the origin, structure and design of the monument:

Mantle is a chief’s cloak

A seat for the weary

Strong from the remembrance of the rivers and the people

Strong from the beginning of time, unto eternity

A tribute to the first Americans

The monument was created by Alan Michelson, an installation artist and member of the Mohawk Nation. He described the public art as “a collaborative medium with many moving parts and players bringing their skills and experience to bear.”

“I was fortunate to work with a stellar design team,” Michelson said. “A concept is only as good as its design, and a design only as its implementation.”

Michelson traced his creative journey that led to the creation of “Mantle” as well as the many meanings its name may represent.

The monument has a spiral shape surrounding an infinity pool that lists the rivers in Virginia with Native American names. The name “Mantle” comes from the deerskin cloak reportedly worn by the Native American chief Powhatan.

“I wanted my design to embody not only the landscape past and present but the sacred harmonies underpinning and uniting all life here on Turtle Island,” Michelson said. “In contemplating a title for it, the word mantle seemed to fit.” He said it is a reference to:

Ken Adams, chief emeritus of Virginia’s Upper Mattaponi tribe, concluded the ceremony by leading a prayer to God and blessing the monument.

“As we celebrate you and celebrate the legacy of Native Americans,” Adams said, “as we place this memorial in your honor on these grounds, we cannot ever thank you enough for bringing us out of the dark ages that we experienced not so long ago.”