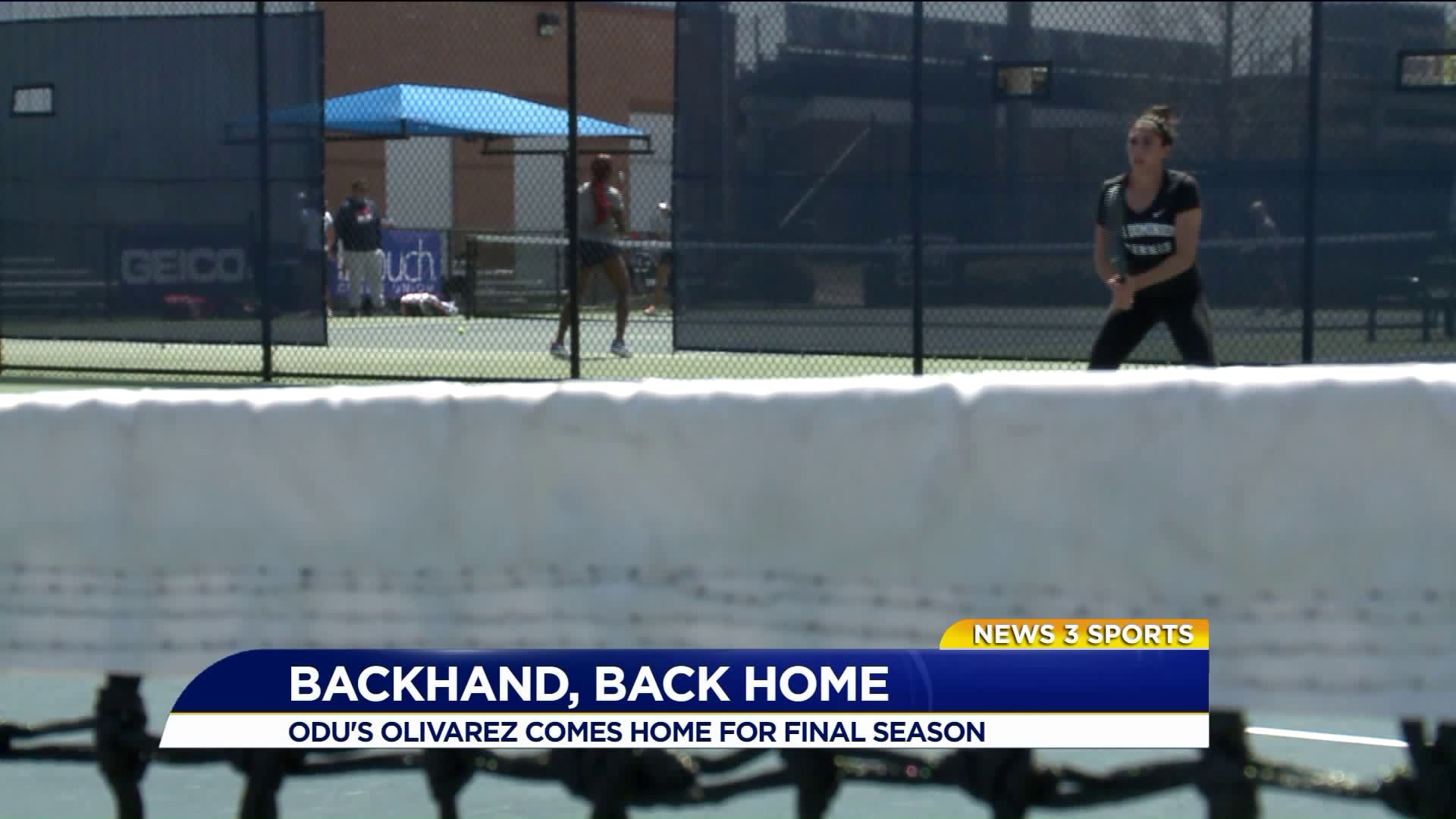 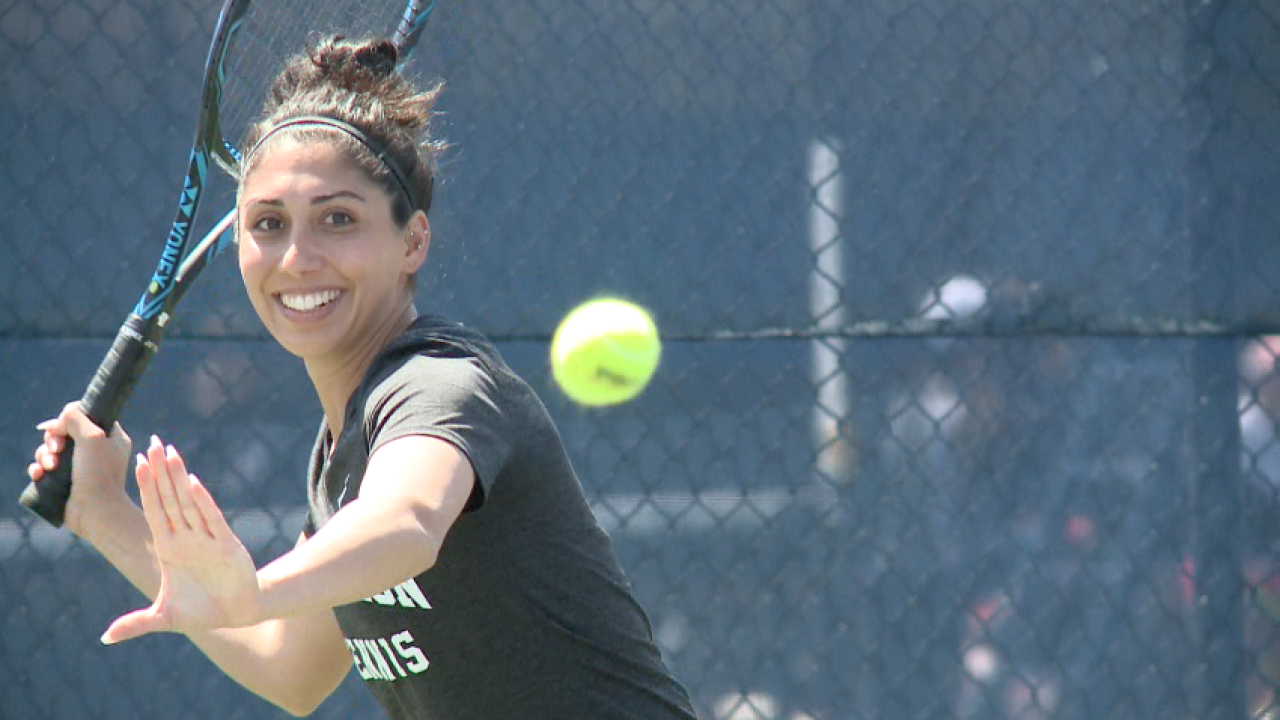 NORFOLK, Va. - For the Old Dominion women's tennis team: it's good to be home.

"It's pretty special to have this level of completion here in Norfolk," ODU head women's tennis coach Dominic Manilla said about his program hosting the Conference USA women's tennis championship for the first time since 2014.

As the tournament's third seed and winners of nine of their last 10 matches, the 44th ranked Monarchs hope to make noise this weekend at the Folkes-Stevens Tennis Center. They'll also hope their home crowd makes noise. After all, a "racket" is always welcome in college tennis.

"That's definitely the edge we need to create," Manilla explained. "College athletics is so emotional already. So if you can bring the emotion and let it spread outside the court - it helps."

Emotion is what kept of one Manilla's top players away from Norfolk. It's also what brought her back.

A big school in a big conference: that was the college criteria for Virginia Beach native Tori Olivarez after her standout career at First Colonial High School. Therefore, Olivarez started at Tennessee - where she played two seasons before transferring to UVA to play one season.

"I've been familiar with Tori since she was 14 years old," Manilla recalled. "We weren't really on her at the beginning, because it was clear she wanted to get away - and do so at an SEC-type school."

With an undergraduate degree in psychology and one more year of eligibility in tow, Tori transferred home to ODU for her final season - a season in which she's won 15 of her 17 singles matches.

"It honestly makes me want to cry," Olivarez admitted. "I feel like I've had this great program that's wanted to support me since I was 16 or 17 years old - when I was itching to get out. Now, reflecting back on my four years - I'm really thankful it ended here. But it also began here too."

Tori has meant a ton to this team. Her being local and being from here. When we first started talking about the possibility of her joining us: we just felt like it was such a great opportunity for her and for us. For her to end it here at home was a very special thing.

For the Old Dominion women's tennis team - and its senior standout: it's good to be home.