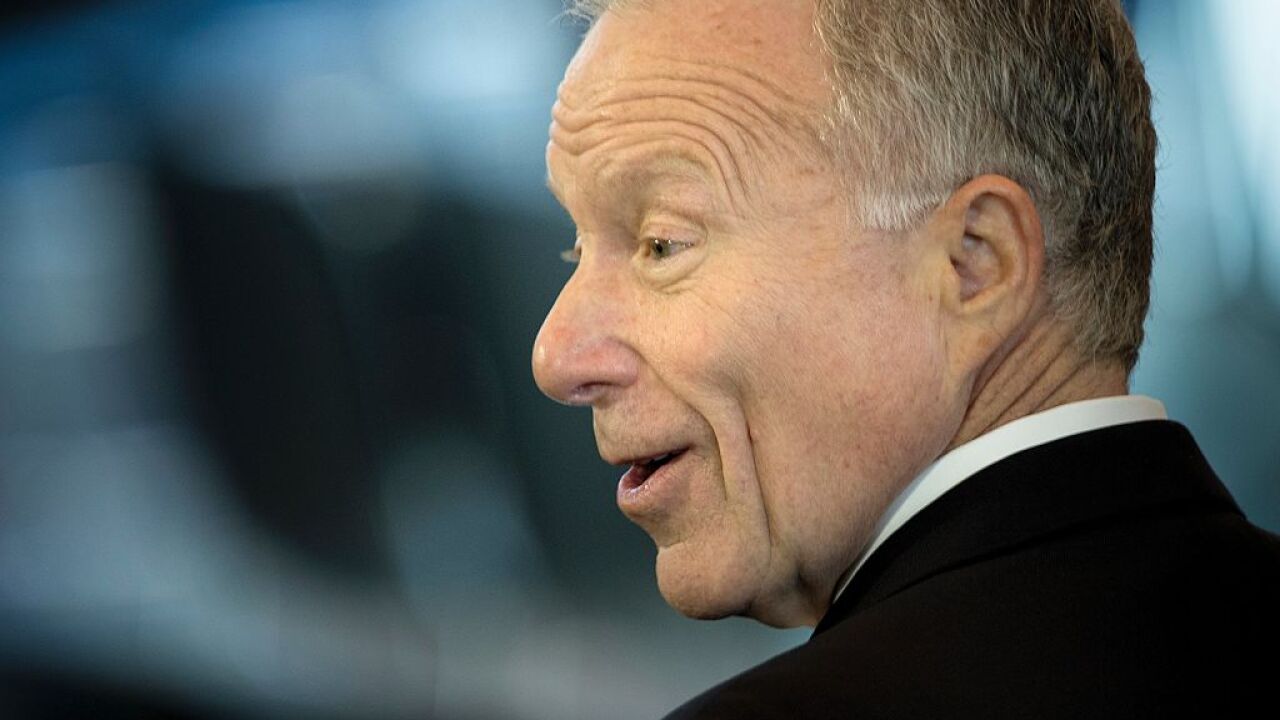 Scooter Libby arrives on December 3, 2015, during a dedication ceremony hosted by the US Senate at Emancipation Hall of the US Capitol Visitor Center in Washington, DC. The ceremony unveiled a bust of former US Vice President Dick Cheney, who as vice president, also served as President of the Senate. AFP PHOTO/BRENDAN SMIALOWSKI / AFP / BRENDAN SMIALOWSKI (Photo credit should read BRENDAN SMIALOWSKI/AFP/Getty Images)

Libby had been convicted of perjury in 2007 in the investigation into who leaked the identity of CIA officer Valerie Plame.

Four months after Libby’s conviction, President George W. Bush commuted the 30-month sentence but would not grant a pardon.