N.C. to receive $21 million from USDOT for Hurricane Matthew recovery 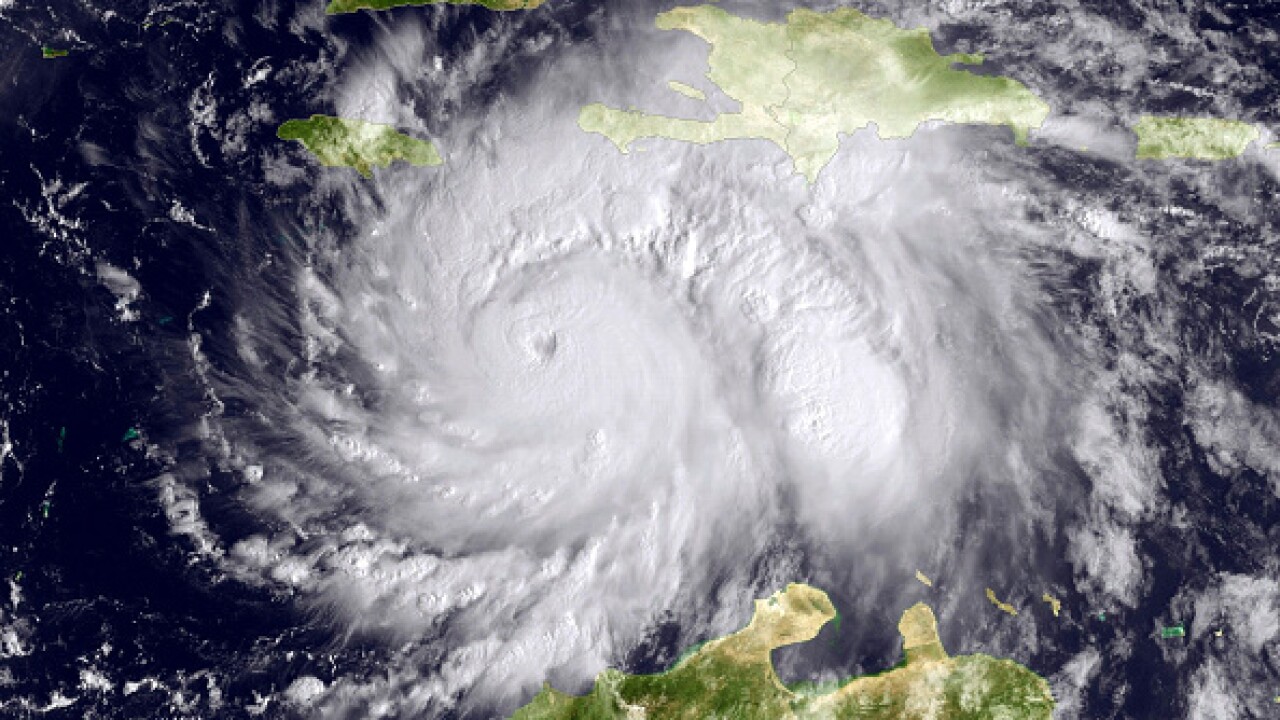 CARIBBEAN SEA – OCTOBER 3: In this NOAA handout image, taken by the GOES satellite at 1620 UTC shows Hurricane Matthew in the Caribbean Sea heading towards Jamacia, Haiti and Cuba on October 3, 2016. Matthew is a strong Category 4 hurricane, in the central Caribbean Sea and is poised to deliver a potentially catastrophic strike on Haiti. (Photo by NOAA via Getty Images)

WASHINGTON, D.C. – $21 million is being granted to North Carolina to help the state that is still recovering from Hurricane Matthew.

According to the press release from the United States Department of Transportation’s (USDOT) Federal Highway Administration (FHWA), the money is part of a $1 billion dollar grant that is being divided between 36 U.S. states and territories, along with Federal Land Management Agencies (FLMA).

The grant also sent Virginia $500,000 for damage it received from Hurricane Matthew.

“The Administration is helping states and territories repair and rebuild their infrastructure in the wake of last year’s hurricanes and other disasters across the country,” said U.S. Transportation Secretary Elaine L. Chao.

FHWA’s Emergency Relief program is where the funds are coming from. The program reimburses states, territories and FLMAs for eligible expenses associated with damage from natural disasters or other emergency situations.

Many of the funds will be used to pay for reconstruction efforts on roads, bridges and buildings affected by natural disasters.

“We stand with all those who have been impacted by a natural disaster from the time of the emergency and until all repairs are completed,” said Acting Federal Highway Administrator Brandye L. Hendrickson. “The funding announced today will serve the traveling public by reimbursing local communities that have made repairs to damaged critical surface transportation infrastructure.”

More than a fourth of the $1 billion, the amount of $263.7 million, is going to repair damages caused by Hurricane Harvey, Irma and Maria, which hit the U.S. in September and October of 2017.

Hurricane Matthew was a Category 5 storm in October 2016 when it caused disastrous conditions, plus flooding and power outages, across the eastern coast of North Carolina.