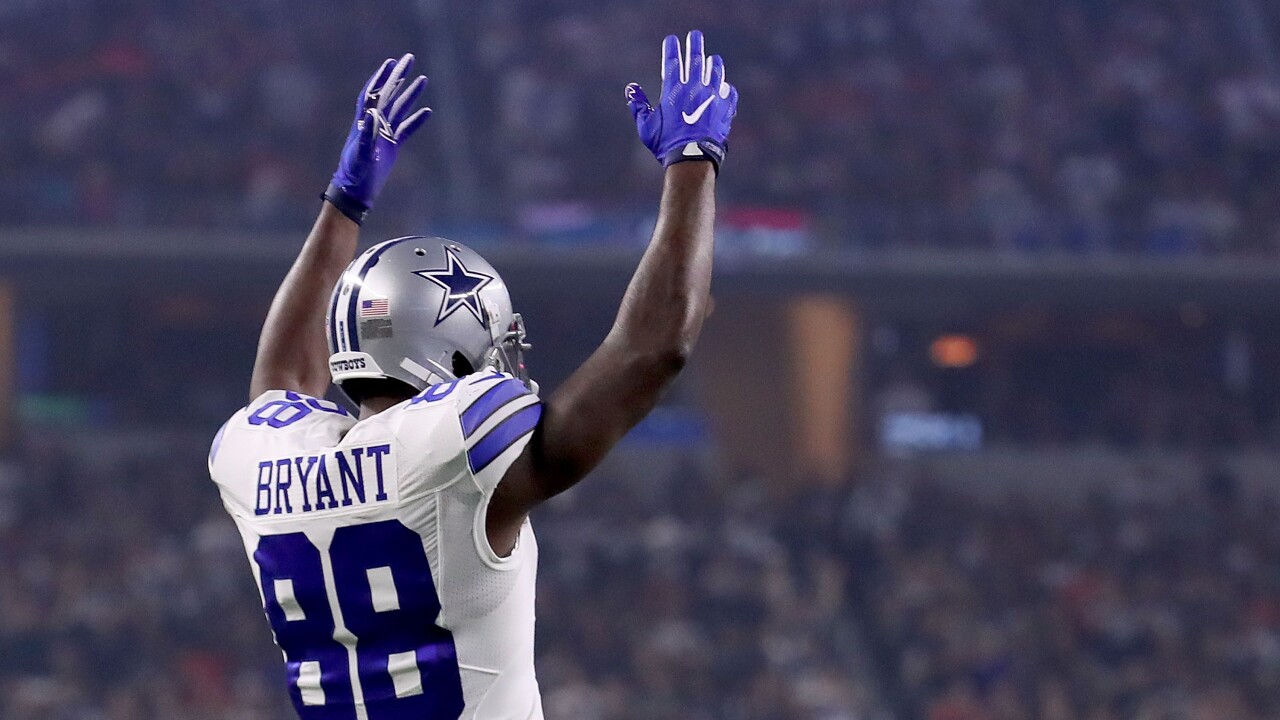 The 3-time Pro Bowl receiver was released by the Dallas Cowboys Friday. Bryant, who has not had a 1,000 yard receiving season since 2014, was due $16.5 million this season.

In a statement, Cowboys owner/general manager Jerry Jones said it was time to go in a new direction:

As an organization we hold Dez Bryant in the highest regard, and we are grateful for his passion, spirit and contributions to this team for the past eight years. He will always be a valued member of our family.

Dez and I share a personal and professional relationship that is very strong, and he is one of just a handful of players with whom I have become that close to over the past 30 years.

This was not an easy decision.  It was made based upon doing what we believe is in the best interest of the Dallas Cowboys.

We arrived at this crossroad collectively with input from several voices within the organization. Ultimately we determined it was time to go in a new direction.

Cowboy nation I need you to know this wasn’t my decision.. I will always love y’all… forever Dallas in my heart

In 14 career games vs. NFC East division-rival Washington, Bryant has 67 receptions for 977 yards and eight touchdowns.