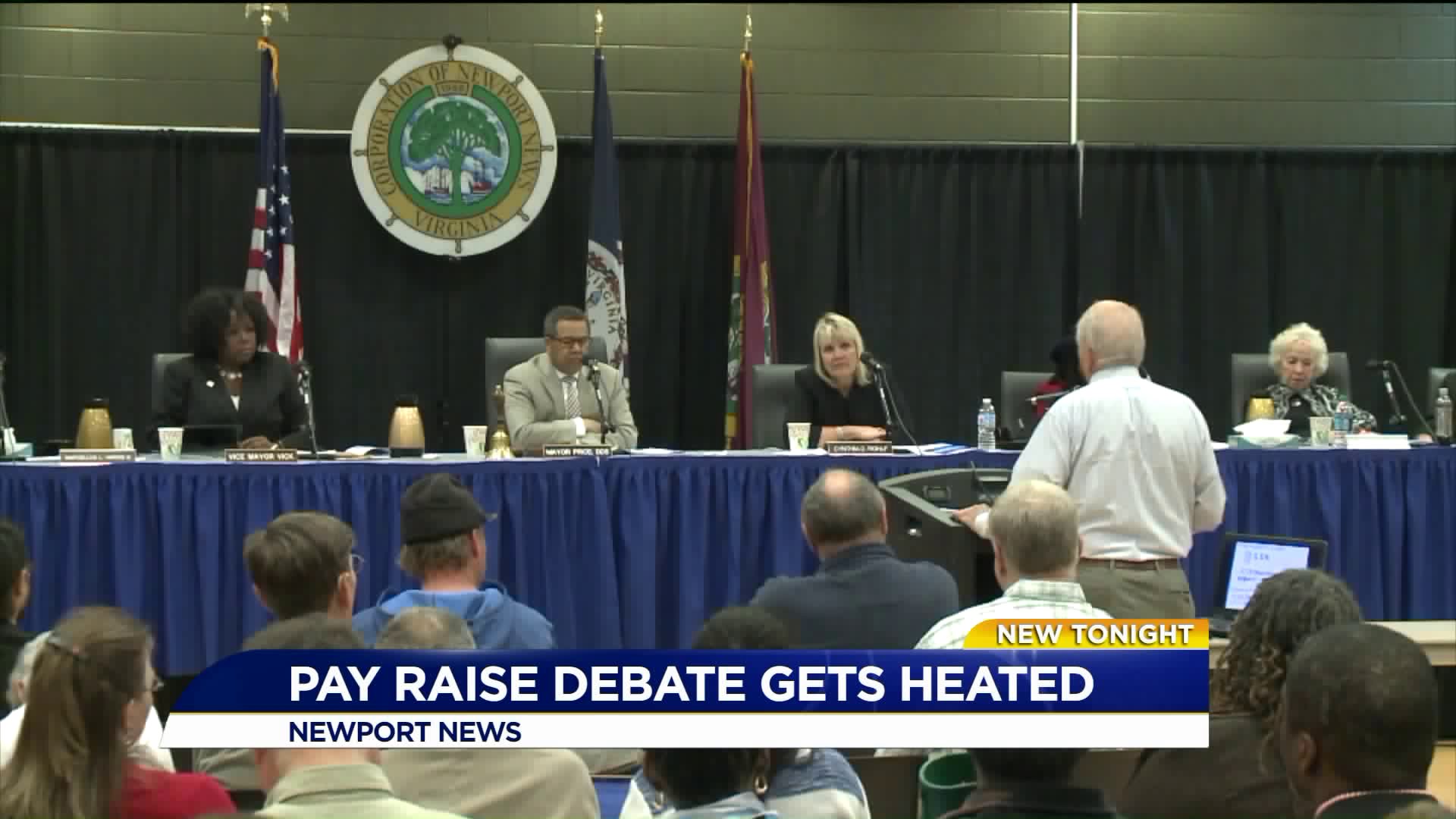 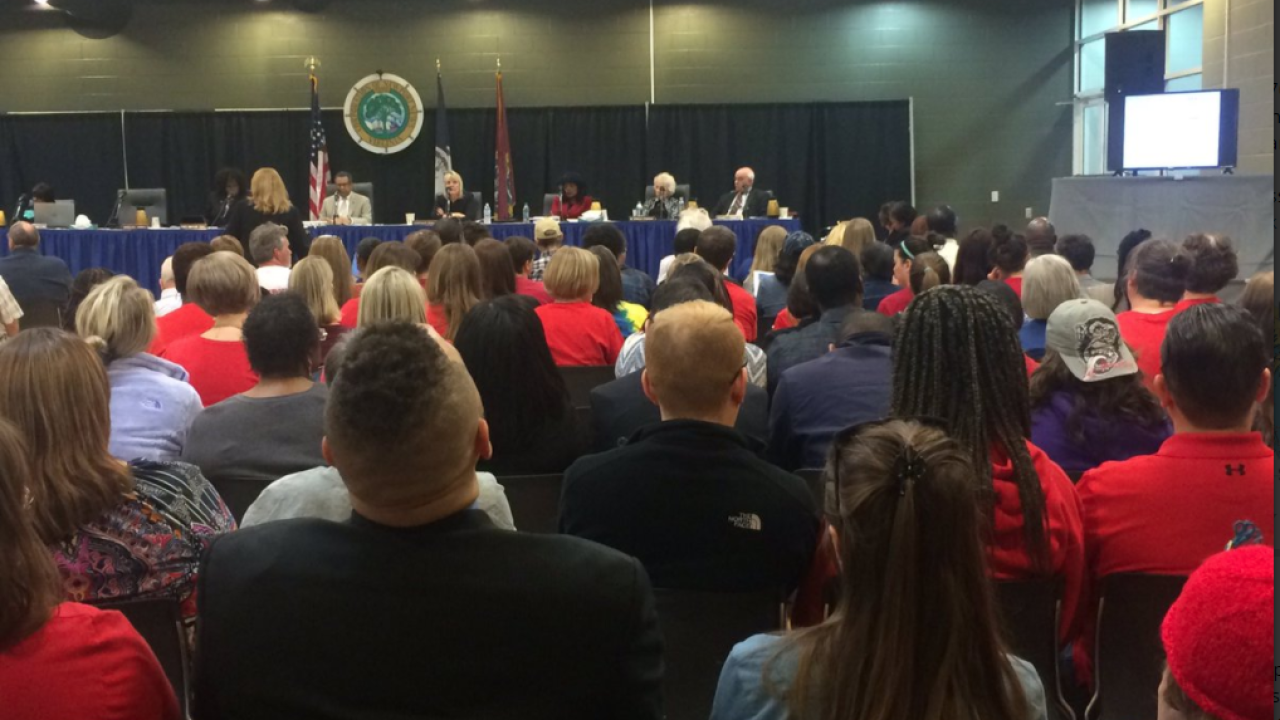 NEWPORT NEWS, Va. – Emotions ran high during another public hearing about the pay for teachers in Newport News Thursday night.

The hearing was a continuation of Tuesday's city council meeting, during which teachers in the Newport News School Division advocated for higher pay.

"You're often like our U.S. Congress!" yelled one speaker. "If you value us, show us. If you value education, show us."  Another said the process in trying to gain a raise for teachers has been like "passing the buck" and "playing the blame game."

On March 27, the Newport News School Board voted to request an additional $3 million from the city, allowing for a four-percent salary increase instead. The city council said that is the responsibility of the school board and that they should be using surplus funds.

Things even got heated between the vice mayor and a school board member, while the chairman of the school board admitted that both sides should work together better.

During Tuesday's meeting, kindergarten teacher Mary Vause joined dozens of others asking the city council to fund a four-percent raise for teachers and other Newport News Public Schools staff. The school division says proposed funding for next year only allows for a two-percent raise.

“The average teacher in Newport News I believe makes around $50,000 a year and the difference is between around $80 and $160  a month," Vause said. "That can make a difference for a lot of hardworking families.”

The current proposed city budget calls for a $700,000 increase in funding for local schools, falling in line with what Acting Newport News Superintendent Brian Nichols requested in his own proposed budget in order to fund a two-percent salary increase for school employees.

Teachers and staff say they deserve the larger pay increase, and if they can't get support for a four-percent raise, they say they'll look for new leadership since the elections for many of the seats on the school board and city council are coming up in May.

City council is expected to vote on the budget by May 15.

Click here to see the City of Newport News' proposed budget for FY 2019.