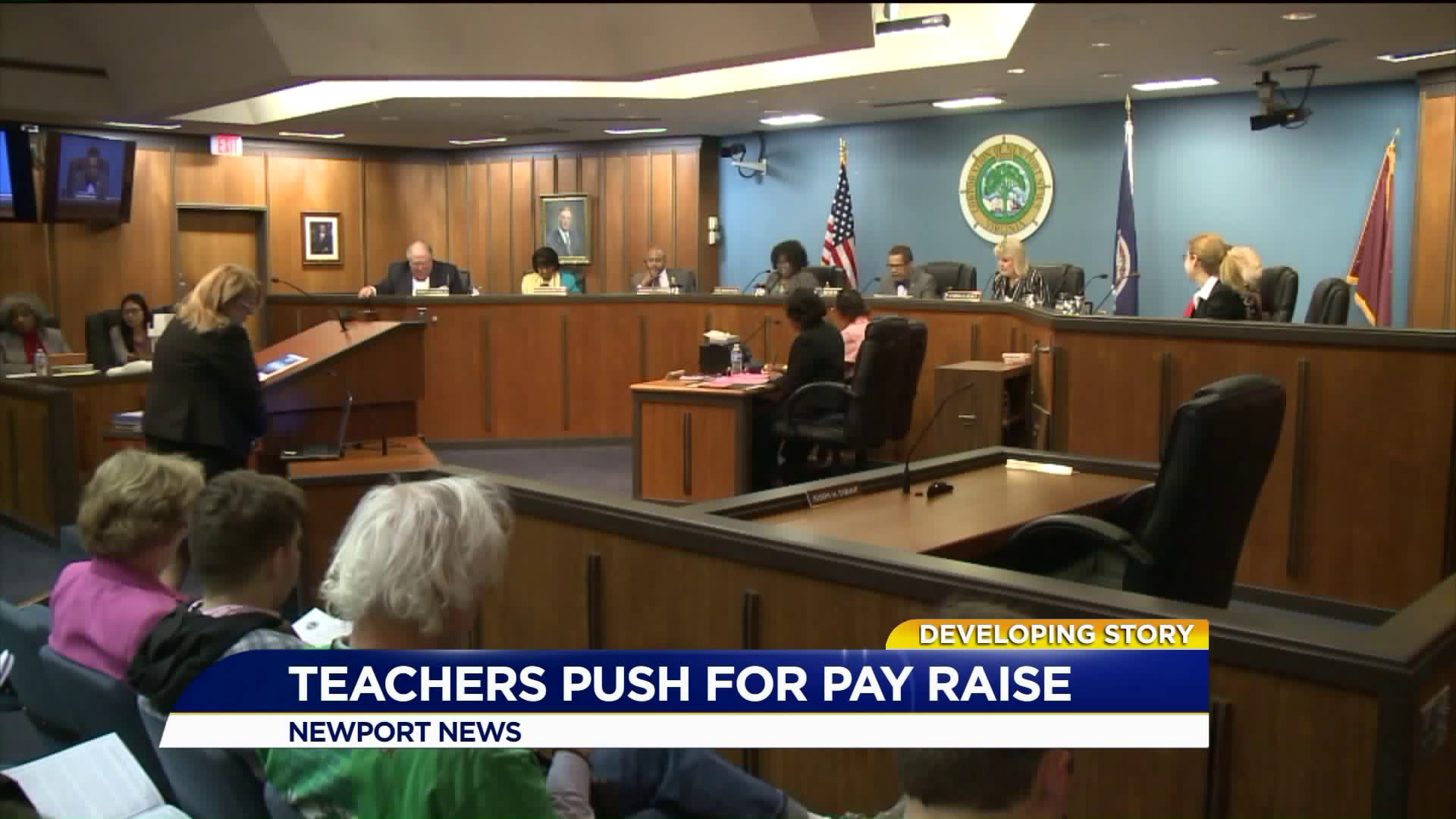 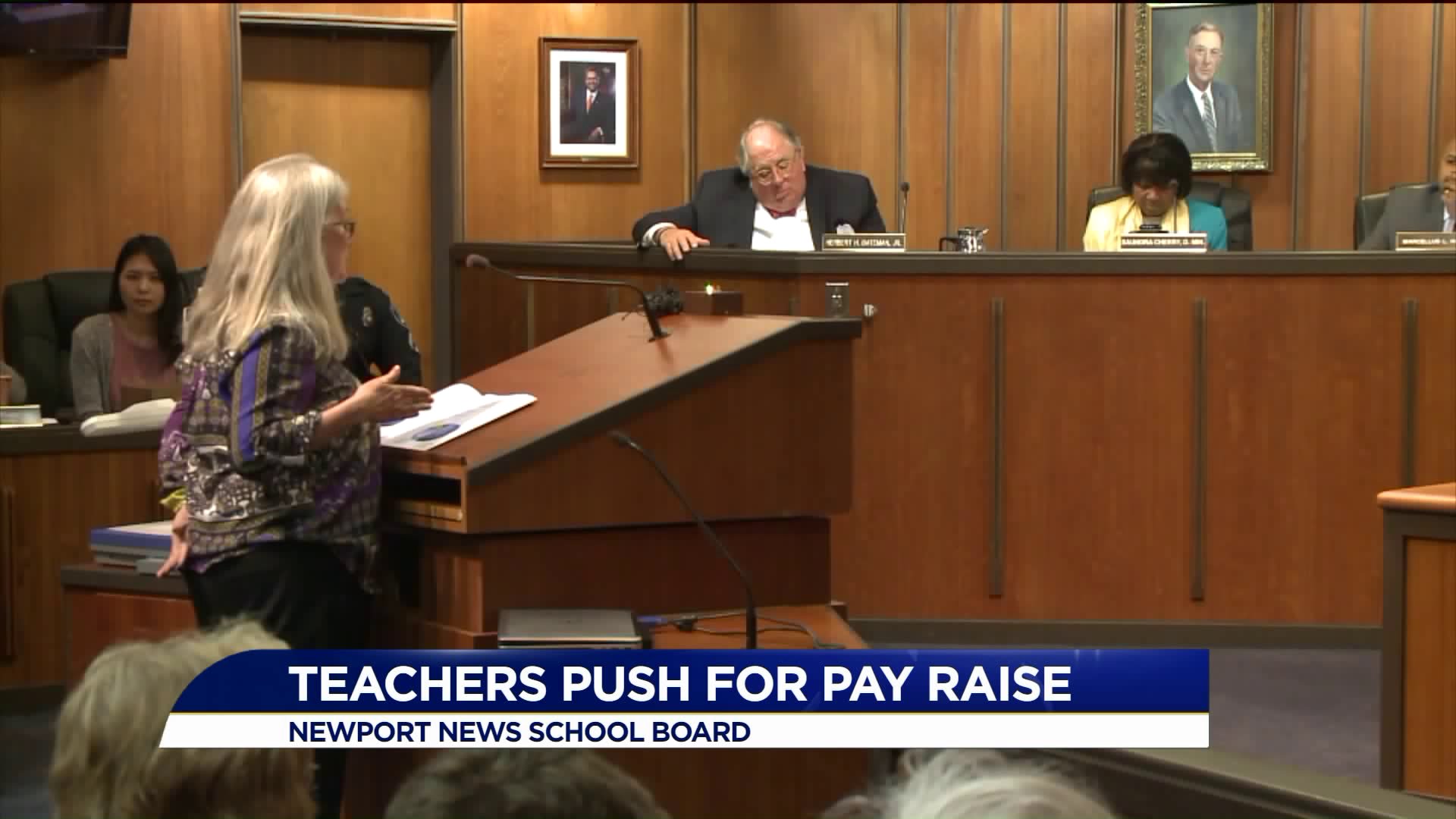 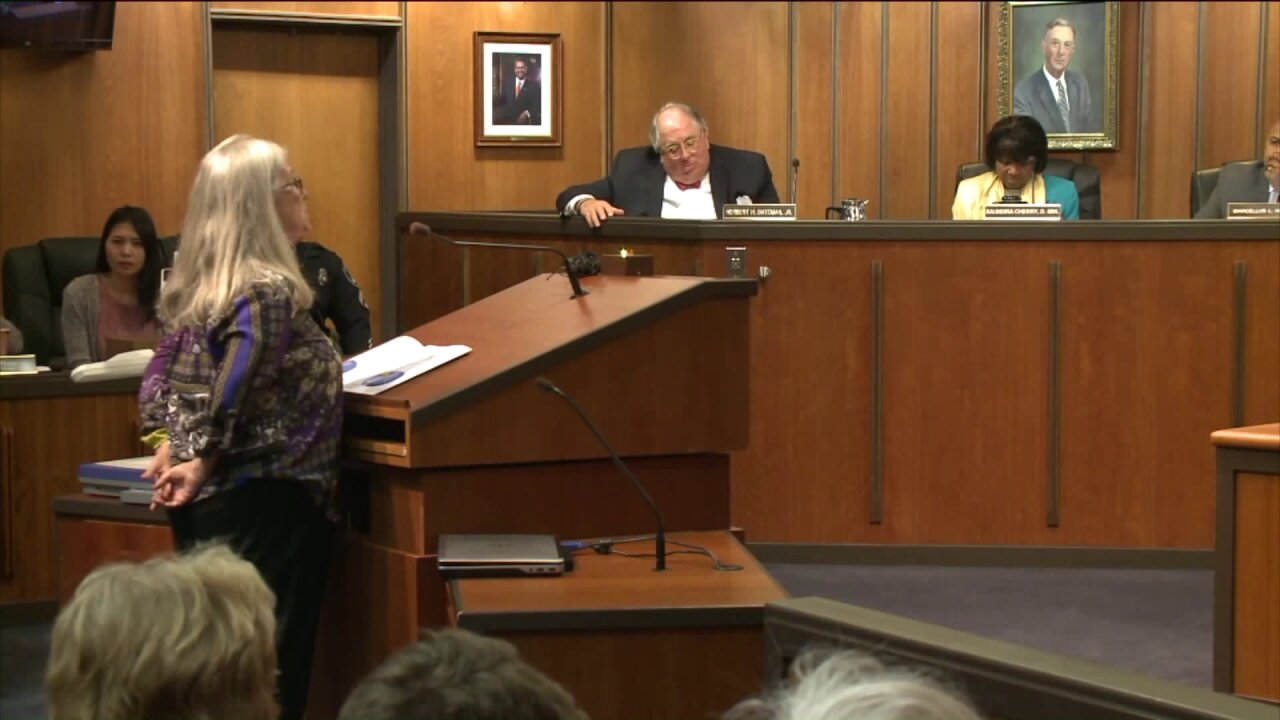 This latest debate comes as teachers continue to protest around the country, in states like Oklahoma, demanding better pay. A public hearing on the budget began at 7 p.m.

Kindergarten teacher Mary Vause joined dozens of others asking the city council to fund a four-percent raise for teachers and other Newport News Public Schools staff. The school division says proposed funding for next year only allows for a two-percent raise.

“The average teacher in Newport News I believe makes around $50,000 a year and the difference is between around $80 and $160  a month," Vause said. "That can make a difference for a lot of hardworking families.”

The current proposed city budget calls for a $700,000 increase in funding for local schools, falling in line with what Acting Newport News Superintendent Brian Nichols requested in his own proposed budget in order to fund a two-percent salary increase for school employees.

On March 27, the Newport News School Board voted to request an additional $3 million from the city, allowing for a four-percent salary increase instead.

However, Budget Director Lisa Cipriano argued the school division has the money already because it consistently spends less than what’s budgeted year-in and year-out.

“Should the school board decide to provide anything higher, there’s sufficient funds within their operating budget to provide that increase," Cipriano said.

Some on the council say the school board isn't willing to work with the city.

"The clear message to our community and to our teachers and staff is 'we're behind you'," school board member Jeff Stodghill said at the time.

Teachers and staff say they deserve the larger pay increase, and if they can't get support for a four-percent raise, they say they'll look for new leadership.

The next public hearing is set for Thursday.

Click HERE to see the City of Newport News' proposed budget for FY 2019.