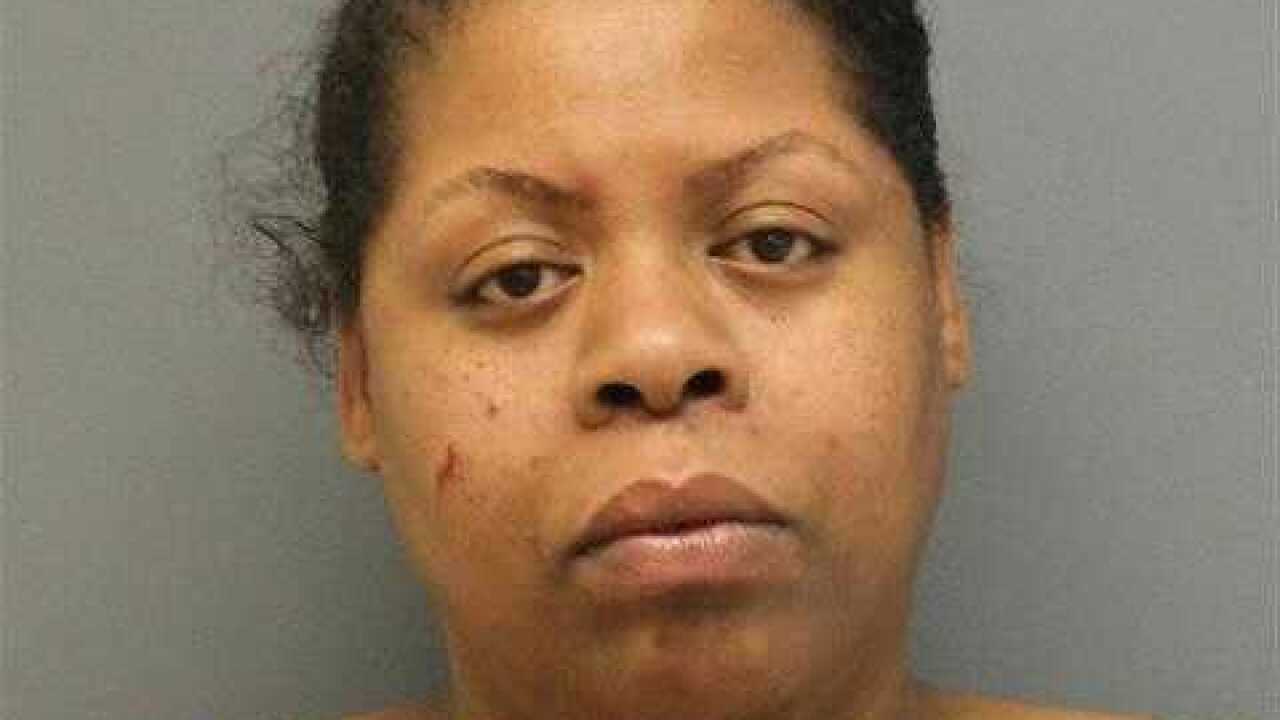 NEWPORT NEWS, Va. – Police arrested a woman accused of firing a gun into the air during a fight in a parking garage behind the Cove Tavern.

Officers were called to the parking garage, located in the 700 block of Towne Center Drive, early Saturday morning when a large crowd was seen fighting on the second floor.

As officers came up to the crowd, a woman identified as Ericka Newsome was seen shooting a gun into the air of the parking garage. Officers also saw a car with damage from the gunfire.

Newsome, 32, was arrested and charged with brandishing a firearm, shooting in a public place and two counts of reckless handling of a firearm.