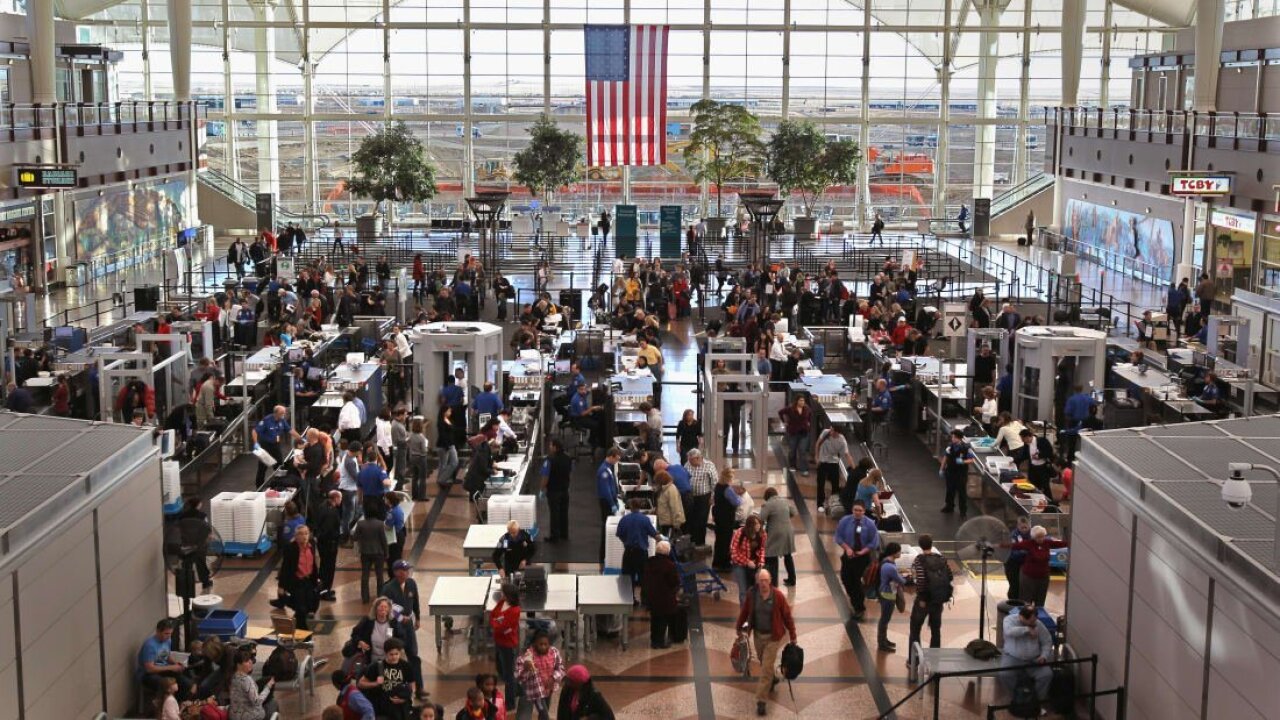 Close to 104 million passengers passed though Hartsfield-Jackson Atlanta International Airport in 2017, making it the world’s busiest passenger airport for another year, according to Airports Council International.

It’s not just you: Airports really are getting busier.

Close to 104 million passengers passed though Hartsfield-Jackson Atlanta International Airport in 2017, making it the world’s busiest passenger airport for another year.

With flight routes this busy, it’s surprising we can see the sky at all.

Atlanta can thank its location as a major connecting hub and port of entry into North America for its continued dominance.

The city is within a two-hour flight of 80% of the United States population of more than 300 million people.

However, that could change by next year. Atlanta was the only airport in the top 20 to see a decrease in passenger traffic last year, with a small drop of 0.26%.

Beijing Capital International has long nipped at the heels of the Hartsfield-Jackson and has held the top spot for two decades. This year, the Chinese capital’s airport came in second place again with 94.4 million passengers (a 1.5% increase).

The overall news is also good for the world’s airports.

Worldwide passenger traffic increased 6.6% in 2017, while international passenger numbers were up 8.4%.

ACI’s preliminary figures and percentages from the annual report are based on data from more than 1,200 airports worldwide.

The international airport to watch is Delhi, according to ACI.

“India is poised to be one of the largest aviation markets in the world in the years to come,” ACI claims in its report, noting that Calcutta, Hyderabad, Bangalore and Madras all saw growth of between 10% and 27%.

The second busiest US airport on the list is Los Angeles International Airport, which saw a 4.49% increase in traffic last year.

LAX was still knocked from fourth place to fifth place on the global list by Tokyo International Haneda Airport, with its impressive 6.46% growth.

“The surge in cargo volumes and passenger numbers across many of the world’s airports is testament to heightened business and consumer confidence, at least in the short term,” Angela Gittens, director general of ACI World, says.

“Connecting people, business and places still remains paramount to the aviation sector despite the recent threats of a step backwards in market liberalization in some major economies.”