How school lunches measure up in countries around the world 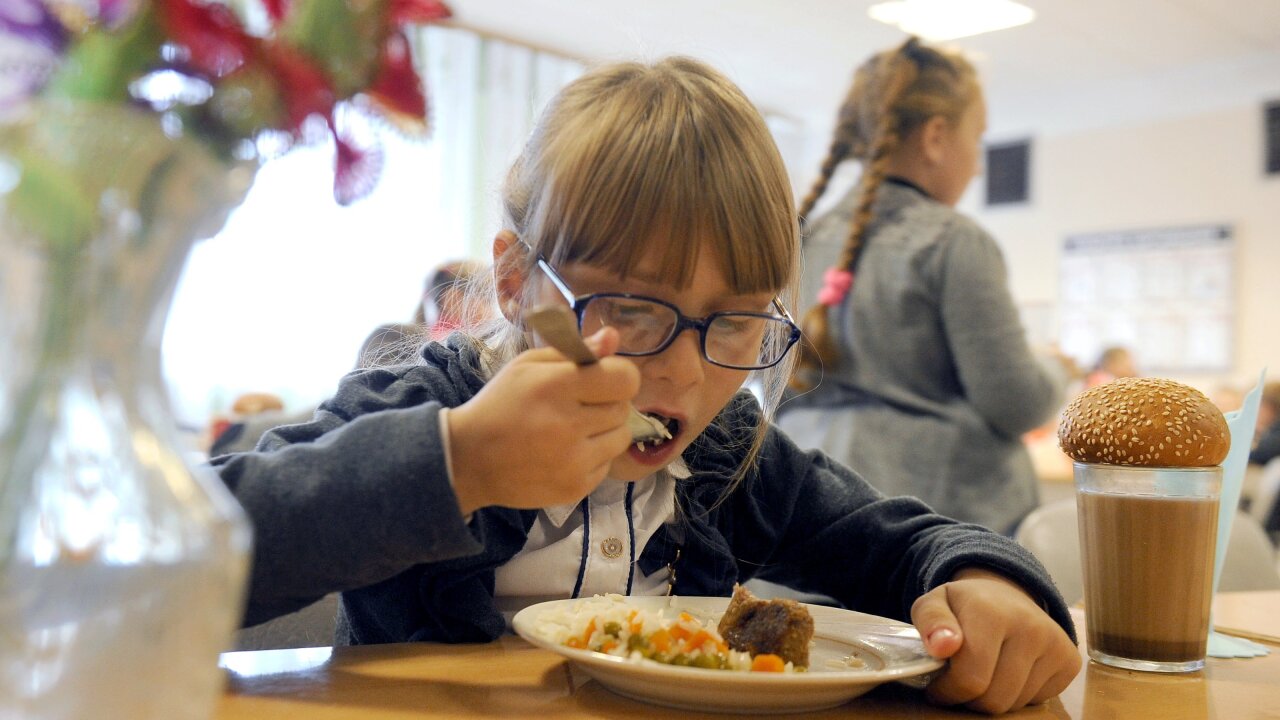 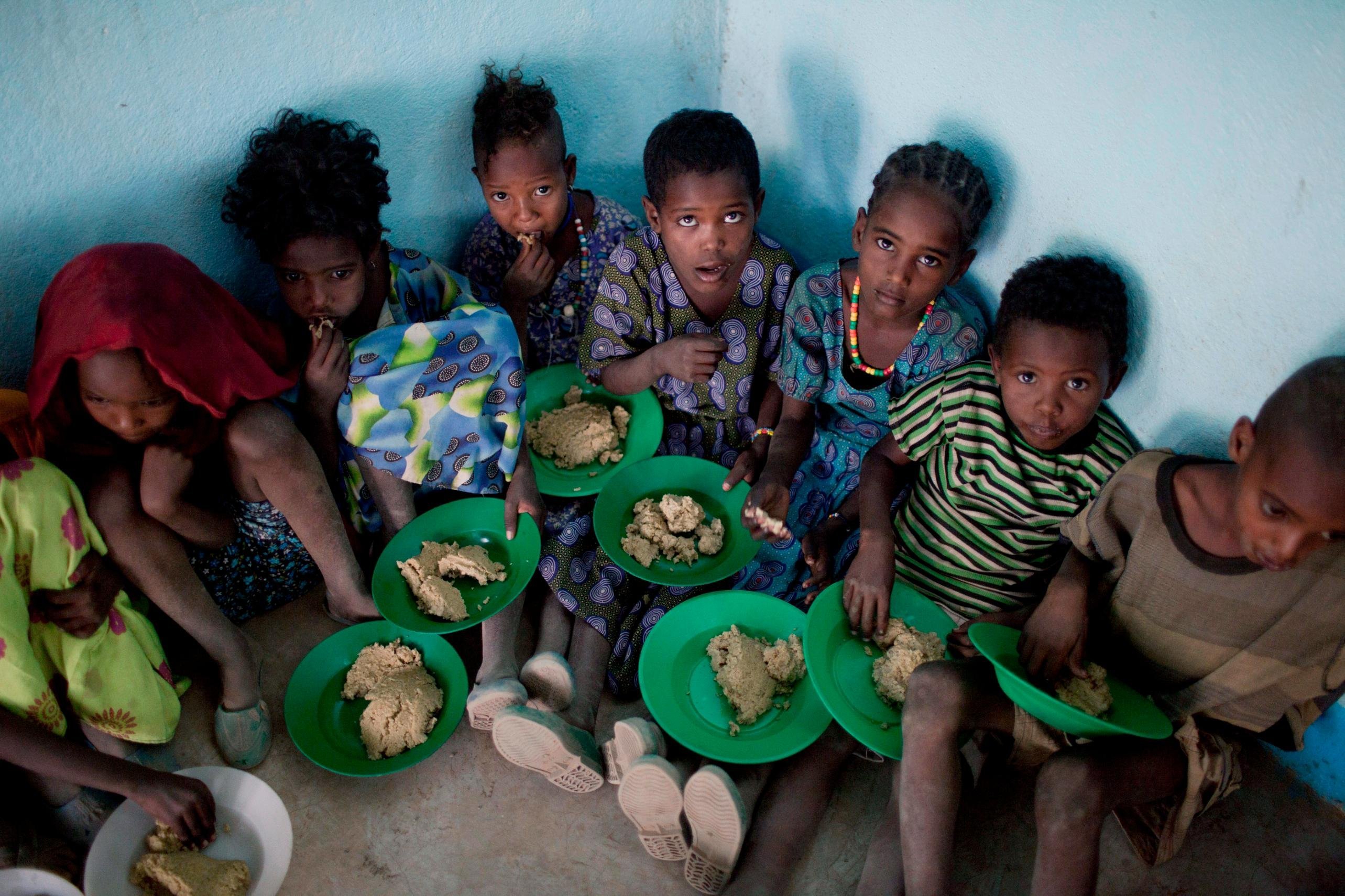 For many children, it may be their favorite part of the school day: lunchtime.

Yet what’s on the menu for this midday meal can vary drastically, depending on where you live, and even could influence a child’s academic performance.

“When kids eat healthier foods, this can have a really important impact on their cognitive functioning, which can then translate potentially to better academic performance,” said Juliana Cohen, an assistant professor of health sciences at Merrimack College in Massachusetts and adjunct assistant professor of nutrition at the Harvard T.H. Chan School of Public Health.

“So really, the healthier school meals is a win for both children and for schools,” she said.

In many parts of the world, schools can barely afford classroom supplies, let alone daily meals, but nonprofit organizations or government programs often step in with feeding programs to provide free meals that include meat and veggies.

In other places, school cafeterias sell hot dishes, sandwiches and tiny milk boxes; children might pack a home-cooked meal; or they might go home for lunch.

A spotlight has been turned on what children eat for lunch in the wake of a rising obesity epidemic among the world’s youth. Obesity can increase the risk of chronic diseases including diabetes, heart disease, stroke, arthritis and even some cancers.

Globally, the number of overweight or obese children 5 and younger climbed from 32 million in 1990 to 41 million in 2016, according to the World Health Organization.

So what are they eating for lunch, and how could it affect their health? Here is a sampling of how children experience lunchtime around the world.

Where the US stands

“The United States actually has some of the best nutrition standards in the world for school meals in terms of providing healthier foods to children,” Cohen said.

Yet various factors not related to nutrition value — such as the time of day or length of the lunch period — can influence how healthy school lunch can be for a child, she said.

That’s particularly evident in the US, she added.

She led a 2015 study, published in the Journal of the Academy of the Nutrition and Dietetics, that found shorter lunch periods to be linked with less healthy eating among children.

The study involved 1,001 students, in third to eighth grade, across six elementary and middle schools in low-income school districts across Massachusetts. The students had lunch periods that varied from 20 to 30 minutes.

The researchers found that students were significantly less likely to select a fruit as part of their lunch if they had less than 20 minutes to eat their meal, compared with at least 25 minutes.

“Our research has shown that ideally, a child should have at least a 30-minute lunch period, which will give them enough time to actually get to the table and consume their meal,” Cohen said.

“Also, research is showing that when children have access to recess before lunch, that can be a way to significantly improve their healthier meal consumption as well,” in comparison with scheduling recess immediately after lunch, she said.

When it comes to the nutrition value of school lunches, Cohen pointed out that when schools collaborate with professional chefs to develop tasty and healthy lunch menus, students are more willing to eat their fruits and vegetables.

For some students, “schools can provide access to foods that children may not otherwise be able to have, and so this is an opportunity for children to have exposure to be able to eat these healthier foods when they may not be able to have them at home,” Cohen said.

In the US, several federal programs support children’s nutritional needs, including the National School Lunch Program, a federally assisted meal program operating in public and nonprofit private schools and residential child care institutions to provide low-cost or free lunches to children each school day. The program was established in 1946.

Healthy lunches are important in the US since the percentage of children and teens affected by obesity has more than tripled since the 1970s, according to the Centers for Disease Control and Prevention.

It’s estimated that nearly one in five school-age children and teens is obese.

Last year, the Trump administration scaled back school meal nutritional requirements that were set under the Obama administration in 2012, allowing states to grant exemptions to schools when meeting certain lunch menu standards related to whole grains, salt and milk.

Some of the changes made included allowing schools to serve 1% flavored milk instead of fat-free flavored milk and included exemptions to schools experiencing challenges in meeting the standard for providing 100% whole-grain-rich foods.

On the other side of the globe, Japan is one country that has stood out to Cohen in terms of the quality of the school lunch experience.

“I was fortunate enough to be able to go and actually see for myself a school lunch there, and one of the things that I thought was particularly nice about it was that the children serve each other,” Cohen said.

“They are able to sit in the classroom, in a more relaxed environment, to have the food, and one thing that really stood out to me was how often the children were willing to at least try a taste of the different foods on their trays — in part, out of respect to say thank you to the people who had spent all that time making that meal,” she said. “I thought that was a really beautiful concept.”

Outside school, however, household income is associated with food and nutrient intake among schoolchildren in Japan, according to a study published last year in the journal Public Health Nutrition.

The study involved 409 boys and 427 girls in the fifth grade across 19 schools in East Japan. The children, with the support of their parents, kept dietary records with photographs over a four-day period. Two of those days involved school lunch, and two did not. Meanwhile, the parents completed a questionnaire about their socioeconomic status.

“Our study confirmed an association between household income and the amount of foods and nutrients consumed by Japanese schoolchildren, and suggested that school lunches play a role in reducing disparities in the diets of children from households with various incomes,” the researchers wrote in the study.

In some countries, school lunch has been a way not only to reduce disparities but also to combat childhood hunger.

Brazil has the world’s oldest school feeding program, providing daily meals to more than 43 million of the country’s children, according to the World Food Programme.

School feeding has been mandatory in primary and secondary schools in Brazil since 1955, and in 2009, policy was introduced to establish a 30% minimum quota of using organic agricultural products from local farmers in the program, according to the Food and Agriculture Organization of the United Nations.

“In Brazil, we have some limitations about processed food or food with sugar, salt, saturated fat in the composition,” said Marcela Veiros, a researcher in the department of nutrition at the Federal University of Santa Catarina in Brazil.

“We offer mainly fresh food prepared from scratch in schools by food handlers. Menus are developed and supervised by nutritionists from municipality or state governments. The federal government improved and supported local and family farmers in Brazil to produce food to be delivered to schools,” she said. “The recommendation also is to use local and typical products, in respect to cultural and food habits, and native environment.”

India has one of the world’s largest school meals projects. Through the Akshaya Patra Foundation, the program feeds more than 1.6 million children a free midday meal in government-aided and government schools across 12 states.

Across 69 countries, the humanitarian organization World Food Programme implemented or supported school meal programs in 2016. Through the program, school meals were provided to 16.4 million children, according to its website.

In Tunisia, some of the students receiving these meals are also employed as caterers, and in places like Egypt, Jordan and Lebanon, some are Syrian refugees, according to the World Food Programme.

In other parts of the world, however, school lunch is not as common.

A paper published last year in the journal Healthcare in Low-resource Settings assessed health services in primary schools in Nigeria’s Enugu East and found that lunch was given by only one private school. One public school had a free meal program, but it collapsed.

Most of the private schools in the paper attributed their lack of school lunches to costs and to the objection of parents who would rather prepare meals for their children.

Whether provided through a humanitarian or governmental program, about how much do school feeding programs cost?

The study also showed that the range of costs in low-income countries decreased between 2005 and 2008 by about 35%, suggesting that some cost-containment measures had been implemented during that time. The researchers took a close look at costs in both years.

“School feeding programs are ubiquitous in high-, middle-, and low-income countries,” the researchers wrote in the study.