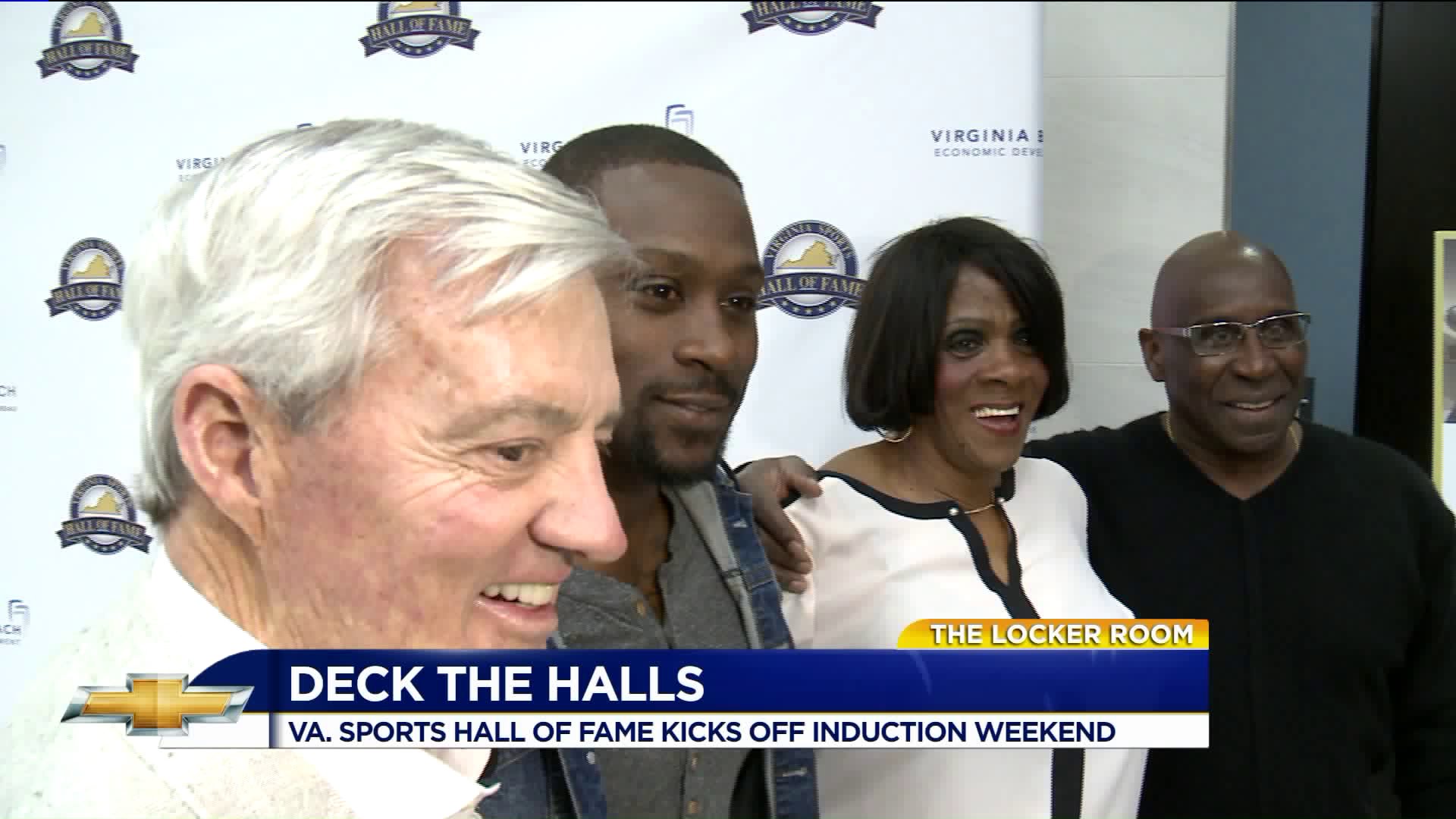 VIRGINIA BEACH, Va. - It was all smiles and all admiration inside of the Hall of Honor during the Virginia Sports Hall of Fame's induction weekend opening reception.

Not only is it one of the hall's largest classes, inducting eight this weekend, but also one of it's most decorated. Former Virginia Tech head football coach Frank Beamer, former UVA & NFL running back Thomas Jones, and two-time MLB All-Star Michael Cuddyer were in attendance for the unveiling of the Hall of Honor.

Although they were rivals during their playing and coaching days, Jones and Beamer shared nothing but respect for each other Friday night. "Every time we went up against him, I said 'he should be playing for us'," Beamer said.

The induction ceremony will take place Saturday, April 7th, at 6:00 p.m. in Virginia Beach at the Sandler Center.