Virginia had 107 motorcycle fatalities in 2017 — highest in a decade 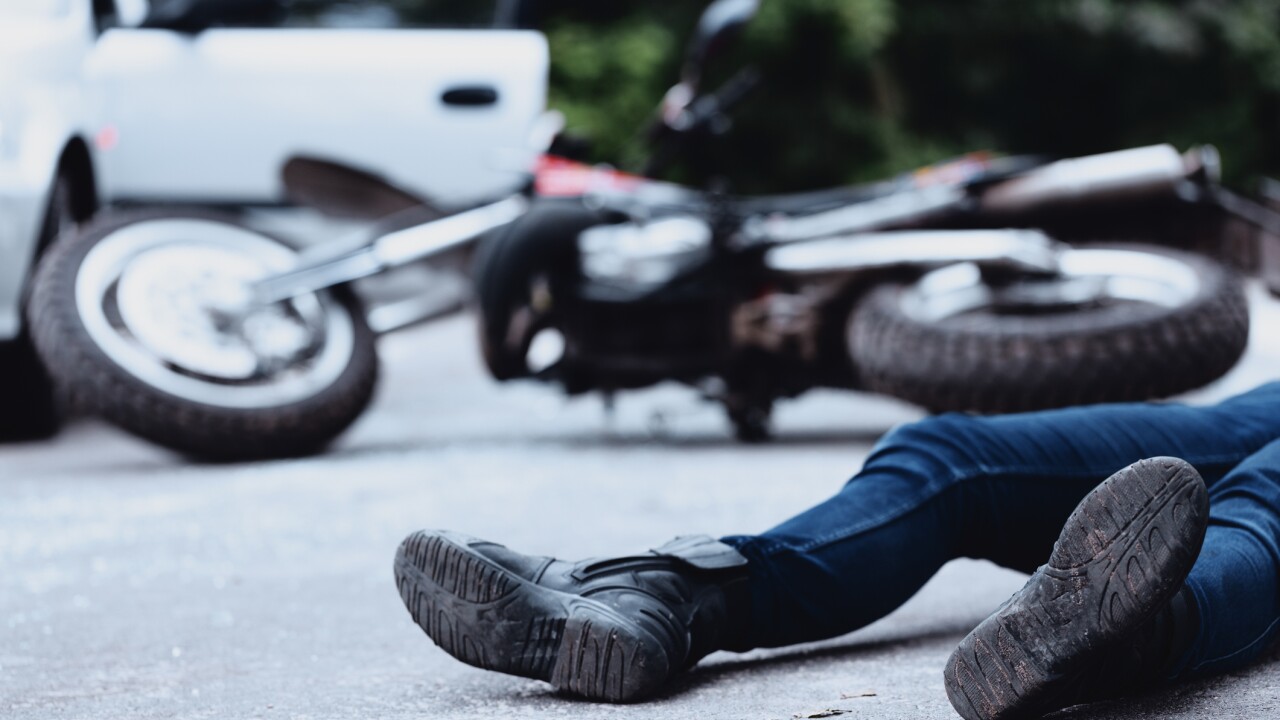 Victim of a motorbike accident lying on the street unconscious

RICHMOND, Va. – The number of motorcycle fatalities in Virginia in 2017 was the highest in a decade, according to new data from the Virginia Department of Motor Vehicles.

“We are working every day to reduce traffic crashes and save lives on Virginia roadways,” said Secretary of Transportation Shannon Valentine. “DMV, VDOT, Public Safety and Community Partners are urging motorcyclists and motorists to give their full attention to driving and following the rules of the road.”

“A large number of motorcycle crashes occur when the motorcyclist is traveling too fast and loses control of his bike. Following a safe speed is a simple solution for these types of crashes,” said DMV Commissioner Richard D. Holcomb, the Governor’s Highway Safety Representative. “Other crashes can occur when a person driving a car, for example, doesn’t see the motorcyclist because of inattention or a blind spot. We encourage motorists to be aware of motorcyclists sharing the road and to make sure you know where they are in traffic before changing lanes.”